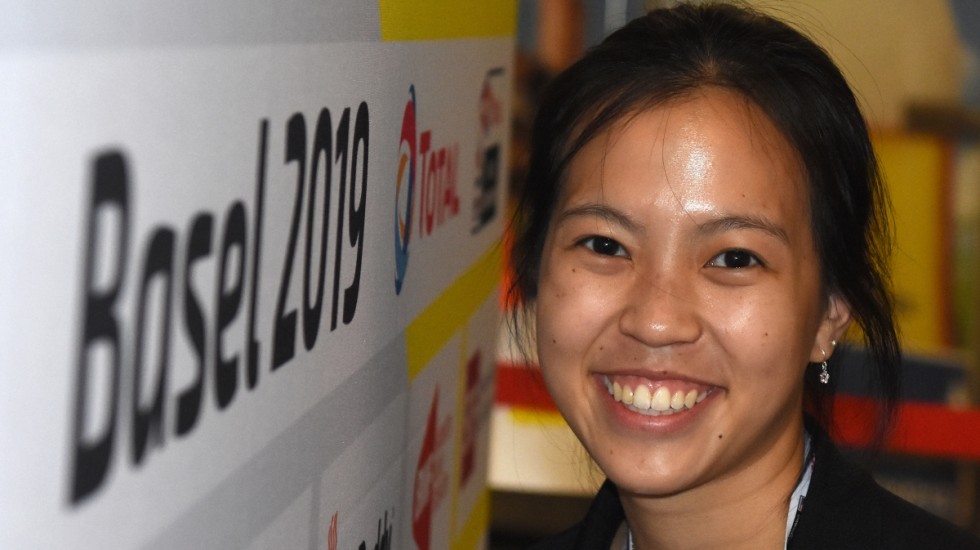 Teh Xiao Xuan gets to meet her idols in person

“I love badminton,” said Teh Xiao Xuan talking about her reason for volunteering at the TOTAL BWF World Championships 2019 in Basel, Switzerland.

Teh is particularly a huge fan of women’ singles player Tai Tzu Ying of Chinese Taipei.

“I love Tai Tzu Ying. She’s such a good athlete but she’s also such a humble person.”

Teh who speaks fluent Mandarin and English, helped Tai with language interpretation during an interview. “After that I confessed to her in the mixed zone that I am a huge fan and she said thank you.”

Although she gushes about her admiration for the athletes, Teh understands the importance of maintaining a level of professionalism. She’s very disciplined about not taking selfies with athletes in the mixed zone, explaining that it would be an invasion of the athlete’s privacy.

“The first time I was a mixed zone assistant I was so excited seeing Tai Tzu Ying and all the Malaysian players coming through for their interviews. I couldn’t believe I was talking to them and directing them to their position.”

Teh is a Malaysian studying computer science and electronics at the University of Bristol in England but she has spent her summer breaks the last two years as a volunteer at badminton tournaments.

She has already been at the All England 2018 and 2019, and this World Championships is her third assignment.

“It’s the best way for a badminton fan to not only see their favourite stars in action but to learn about what goes on behind the scenes at these big tournaments.”