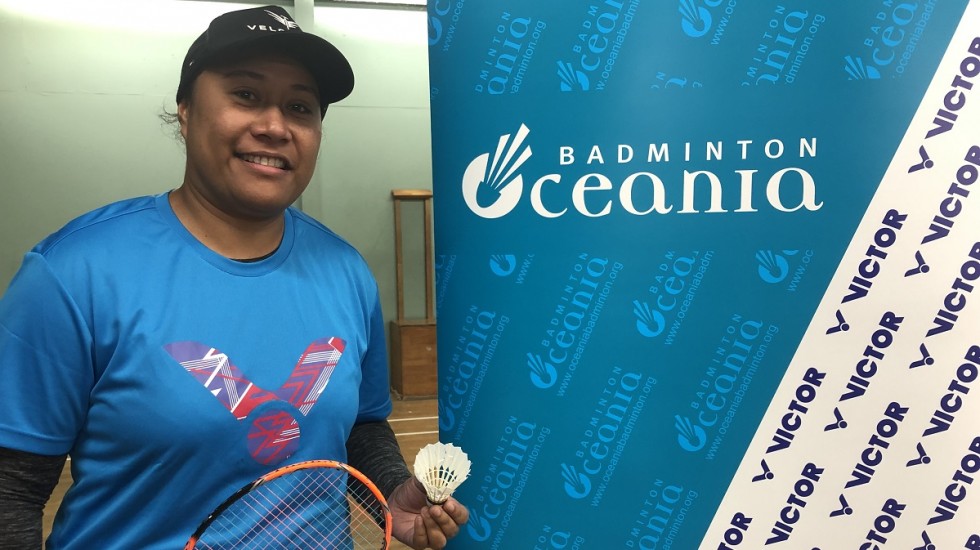 MaryJane wants to be the first BWF Level 1 coach in Tonga.

While the aspiring players were taking part in various on and off court sessions, six team managers and coaches accompanied the teenagers and took part in the BWF Level 1 Coaching course.

Tonga’s MaryJane Esei Sifa was one of the six coaches and told Badminton Oceania she was on a mission to become Tonga’s first female BWF Level 1 qualified coach.

“It would be a great feeling to make history as the first BWF Level 1 female coach in Tonga. I would use the qualification to promote badminton all over the country, especially to female players and coaches,” said Esei Sifa.

As part of her development, Esei Sifa took part in a workshop with Badminton Oceania Coaching and Development Manager, Robbie Thackham. Later in the week, she joined the other coaches in leading sessions for the teenagers attending the Pacific Development Squad training camp.

The coaching course helps to upskill the coaches across the Pacific, where BWF Shuttle Time activity is constantly growing, but in-depth knowledge of the game is scarce.

“The BWF Level 1 helps me to better understand the principles and content of badminton so I can teach and deliver at a higher standard,” she said.

“I hope to share this knowledge with other aspiring coaches too who may work towards their own BWF Level 1 qualification in the future.”

Esei Sifa is also working hard to develop her own coaching philosophy.

The coaches will re-group in October for another coaching weekend where they will also undergo an assessment to pass the BWF Level 1 coaching qualification.

If you are in interested in attending the BWF World Coaching Conference during the TOTAL BWF World Championships 2019 in Basel, Switzerland, from 22-23 August, register here.