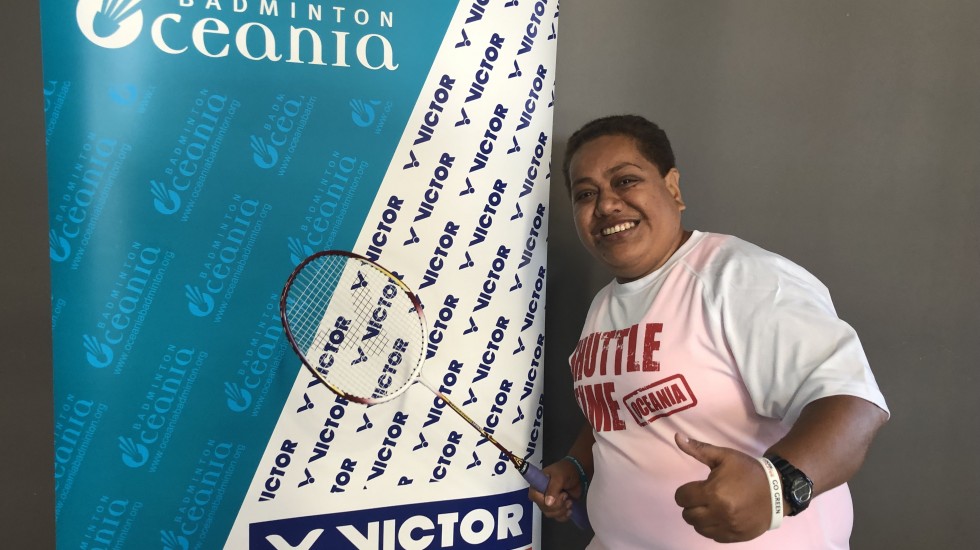 Ateca Mataitoga is an emerging Para badminton star in Fiji.

As Para badminton builds towards its debut at the Tokyo 2020 Paralympic Games, ensuring the grassroots development of the sport is essential.

During the event, Ateca Mataitoga was highlighted as a prospect for Para badminton, both as a player and coach.

After deciding to put her own wellbeing at the forefront, Para sport is a new addition to Ateca’s lifestyle and she is increasingly getting involved in Para badminton and rugby union as a short stature player.

With support from Badminton Oceania’s Regional Development Officer, Kum On Tarawa, and the Fiji Paralympic Committee, she participated in the BWF Shuttle Time teacher training course to learn more about the sport.

Now, she is leading her own sessions.

“I had a great time training the kids. I get to join them in being active and they ask to play again, so I know they are having fun.

“The support from my family, Badminton Oceania and the Fiji Paralympic committee inspire me to continue on this path,” said Ateca.

Badminton often joins forces with Rugby Union in Fiji to benefit both parties. Their combined reach brings in more participants who are eager to get involved with sports and helps potential talent and leaders stand out.

As a result of the partnership, Ateca took part in the World Rugby Level 1 Strength and Conditioning training to enhance her transferable skills, such as understanding the long-term player development model which can be applied across different sports to identify and nurture talented youngsters in the future.

Additionally, Ateca has her own aspirations to represent Fiji in Rugby and Para badminton.

“I hope to represent Team Fiji at a Para event and I will do my best”, says Ateca.

It is an exciting time to see the growth of badminton in Fiji. Such partnerships with other sports bodies and key figures like Ateca will continue to drive BWF Shuttle Time within their local communities.