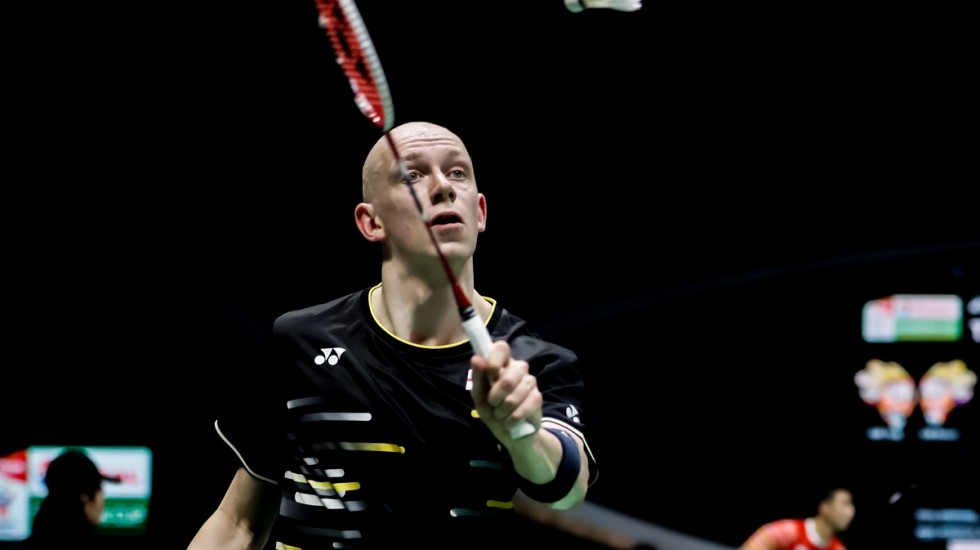 Due to an autoimmune disorder, Penty’s body stops his hair from growing.

There is hope that it may grow back but unfortunately, there’s no current cure.

On the eve of the Minsk European Games 2019 starting later today, he revealed to Badminton Europe the effect it has had on him and how badminton been a source of motivation.

“It started back in November before I played at the Hong Kong Open. Until the end of January, it was manageable but then the rate of it happening picked up a lot quicker.

“The fact that you are dealing with something that is mostly out of your control and seeing it worse over time has not been the easiest thing to deal with.

“It has caused quite a lot of anxiety and self-confidence issues.

“These are not the feelings that are going to help when you go to tournaments and are trying to compete.

“It was hard for me to prepare for a match after coming out of the shower with handfuls of hair falling out,” he said. 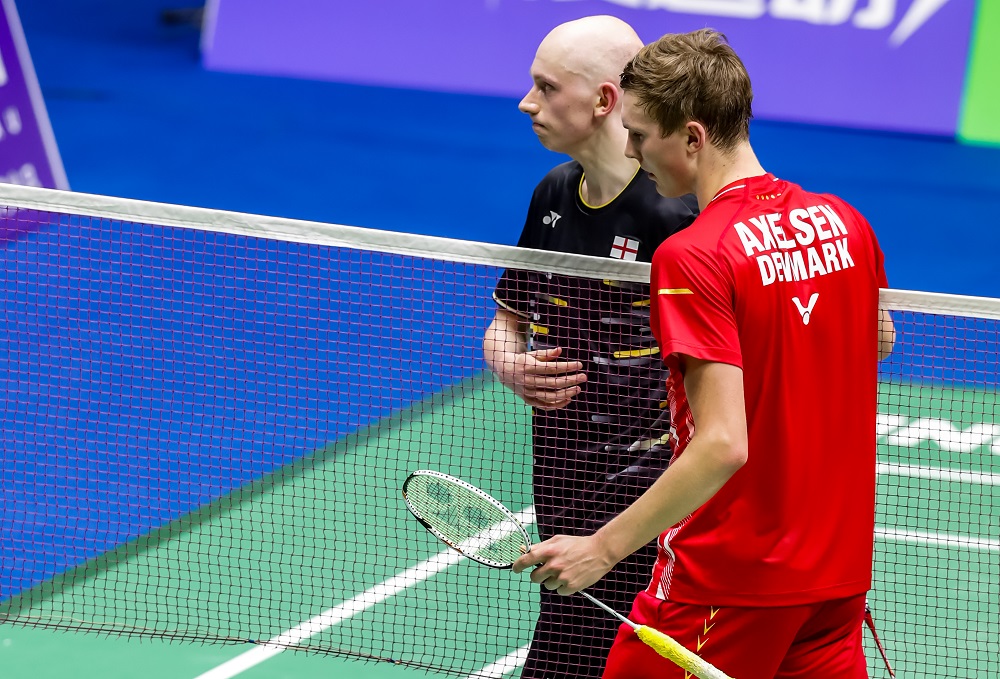 Penty and Viktor Axelsen at the Sudirman Cup in Nanning.

“The most comfortable place for me has been the training court, either in Wimbledon or Milton Keynes.

“On court, I feel like myself. Everywhere else, I felt uncomfortable and low in myself most of the time.

“My main goal now is to enjoy life more and try to worry about it all a little less.

“I had good experiences at the Sudirman Cup being my first big tournament back since my ‘new look’. I overcame some big mental barriers which I’m proud of.

“I think it will only make me a stronger person and player in the years to come,” he said.

Penty nearly pulled off a stunning upset at the TOTAL BWF Sudirman Cup 2019, pushing world No. 3 Viktor Axelsen to three games in the Group 1B clash between England and Denmark, eventually losing 21-11 13-21 21-17.

Then just last weekend, he reached the final of the Spanish International 2019, going down in three games to Victor Svendsen. His run in Madrid included a first-round victory over second seed Brice Leverdez.

In Minsk, he is the No. 8 seed and is favourite to progress to the knockout phase.

“I would like to reach the latter stages of the competition,” he said.

“It is one thing being able to represent England but this will be my first time to represent Great Britain at the European Games.

“It is an added incentive to show my best and see how far that can take me.”

We wish Toby the best of luck.