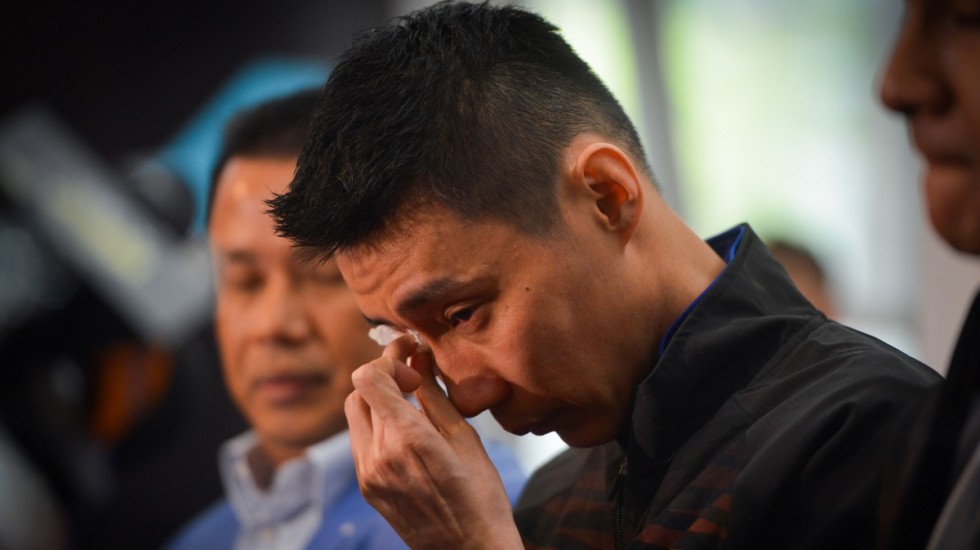 Lee Chong Wei breaks down at the press conference announcing his retirement.

An emotional Lee, 36, said his dream of playing the Tokyo Olympics in 2020 would remain unrealised as he was advised by his doctor to avoid high-intensity training. Lee was diagnosed with nose cancer last year and has been undergoing treatment.

“It is a very tough decision. I took the decision after my last medical check-up. I talked it over with my wife and with my doctors and decided to announce it after Hari Raya (festival). Badminton is my life. Now my health is the priority. 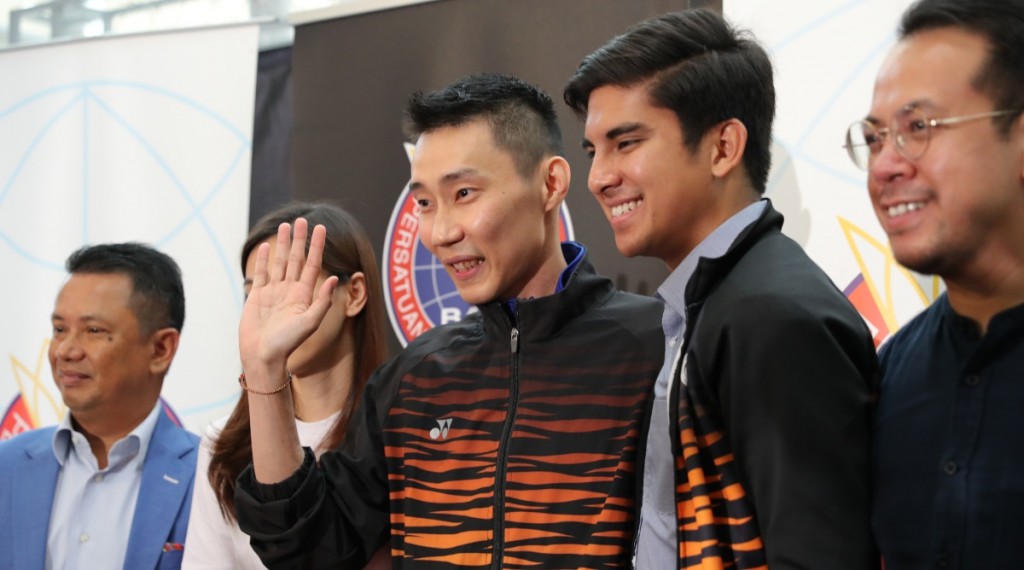 “The doctor asked me to reduce my intensity of training. After my treatment last year, he told me there is a lot of pressure on my shoulders, and asked me to rest. I knew what he meant. I was back on court for six months, but my doctor called my trainer and encouraged me to take rest.”

Frequently stopping to dab his teary eyes, Lee thanked his coaches Misbun Sidek, Hendrawan, Tey Seu Bock, his physios and support staff, and Badminton Association of Malaysia and other national institutions that played a role in his career.

Lee will be remembered as one of the most accomplished players of all time. His glittering record includes three Olympic silver medals, three World Championships silver medals, 47 World Superseries/World Tour titles, two Asian Championships golds and four All England titles, besides an array of major tournament titles. He was also Malaysia’s spearhead in team competitions, inspiring them to the Thomas Cup final in 2014 and two Commonwealth Games team championships. 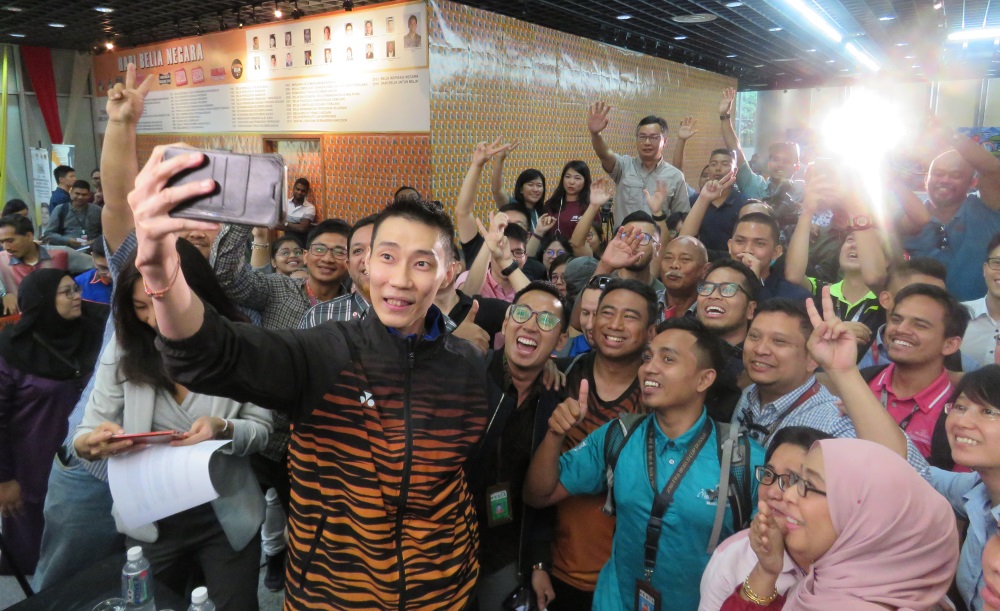 Lee Chong Wei thanked the press for their coverage of his career and obliged them with a selfie.

Asked if he had any regrets, Lee said: “I cannot say I regret this decision, because my health is important. I took a month to decide. My target was to play Tokyo 2020.

“I do regret 100 percent that I could not win a gold (at the Olympics and World Championships). Now I cannot get to 2020, but I hope another Malaysian can and I will help towards that.”

Lee made his debut in 2000, winning a bronze at the World Junior Championships alongside another future great, Lin Dan. By the end of that decade he was one of the eminent stars of his generation, along with players like Lin, Indonesia’s Taufik Hidayat and Denmark’s Peter Gade. For sheer consistency he had no equal in the sport, having spent 200 consecutive weeks as No.1 between 2008 and 2012.

Malaysia’s sports minister Syed Saddiq hailed Lee as “a hero to all Malaysians of all ethnicities and religions” and announced that he would be Chef-de-Mission for the Malaysian contingent at Tokyo 2020.