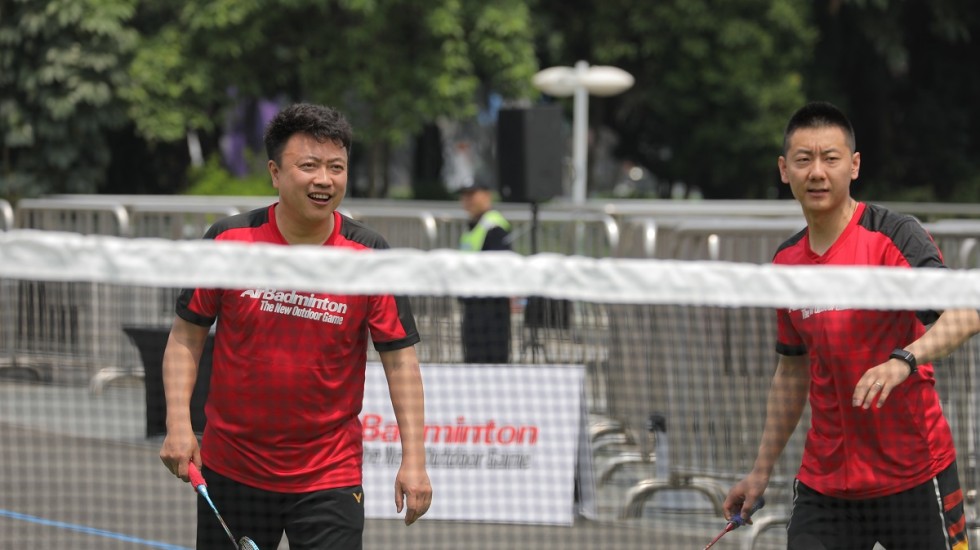 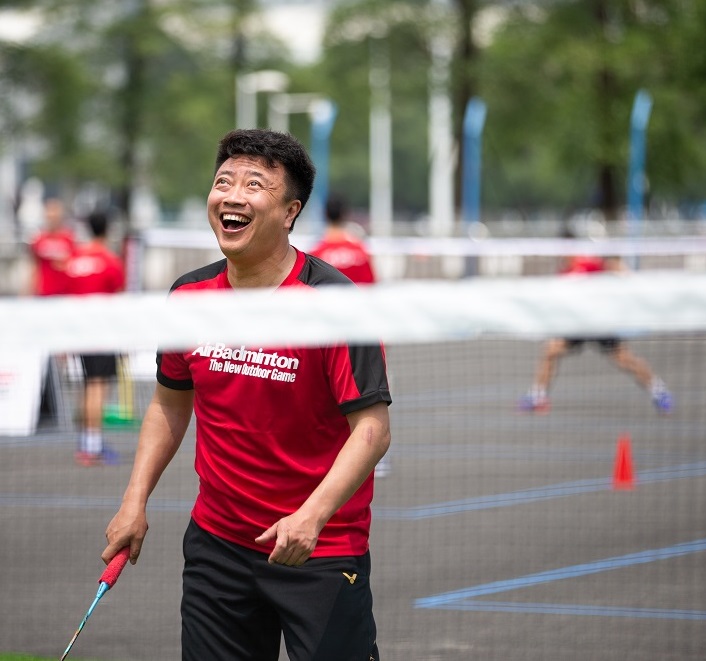 The pair played the first ceremonious shots with the new AirShuttle in front of key members of the badminton community outside the Tianhe Gymnasium in Guangzhou, China on Monday 13 May.

Dong said it was a special moment to be part of the official launch with his long-time rival and friend, Høyer.

“We were thinking back to when we competed against each other. We haven’t seen each other for so many years, so it’s really exciting to be here,” he said.

Høyer added: “It was quite an emotional day playing with Dong Jiong. There were a lot of memories from 1996. It was great that we could reunite for this fantastic milestone for the sport.”

Dong believes AirBadminton can play a crucial role in the development of the sport.

“I think this has tremendous potential here in China and around the world. It’s also great that it is an inclusive game that can be enjoyed by people with disabilities,” he said. 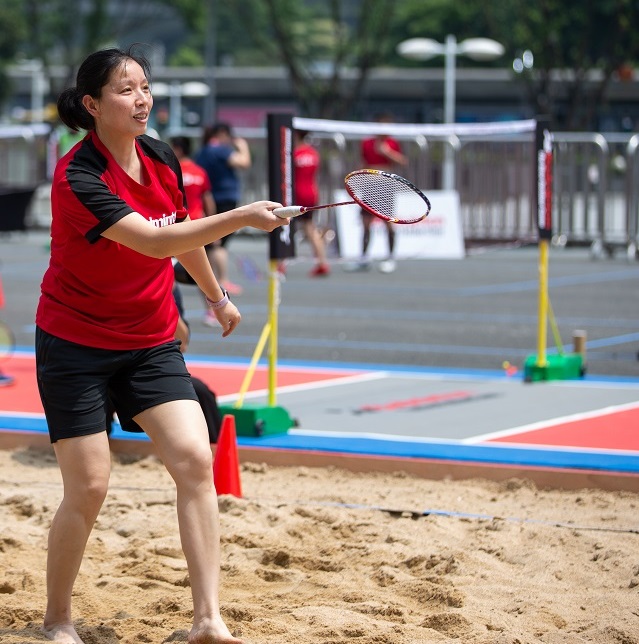 Yang Wei believes AirBadminton has great potential for the people of Guangzhou.

It was also a proud occasion for Athens 2004 Olympic Games women’s doubles gold medallist, Yang Wei, who got to see AirBadminton launched in her home city.

“Guangzhou is generally warm with long summers. Many people play badminton outdoors and in the parks. I see that a lot when I take the train or while I’m taking a walk,” said Yang.

“So, I feel that it’s very appropriate to launch AirBadminton in Guangzhou.”

The players joined 40 local junior talents from Guangzhou in testing out the new outdoor game in a series of exhibition matches.

“For me personally, the best thing is that we can go outdoors and enjoy the sun. This is a good experience for everyone,” she said.

“We are very used to playing indoors, so we need some time to adjust but AirBadminton is a lot of fun.”

Chen Jin, 2010 men’s singles world champion, was equally interested in the dynamics of the AirShuttle.

“The AirShuttle is different from the normal feathered shuttle. There’s a difference in speed and weight, so we need to adjust our timing and rhythm,” he said. 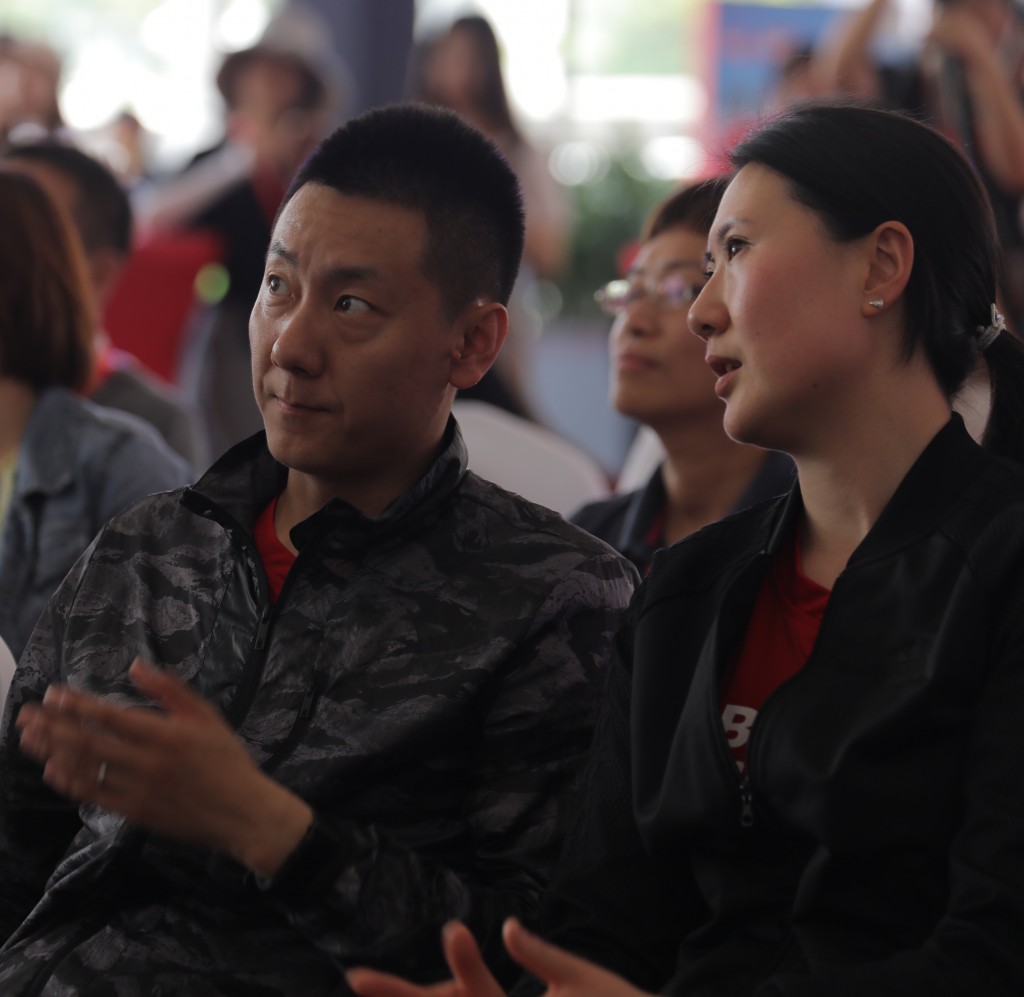 Chen Jin and Lu Lan together at the launch.

The BWF sees the Chinese Badminton Association and the Guangzhou Sports Bureau as vital partners in the long-term success of AirBadminton regionally and globally.