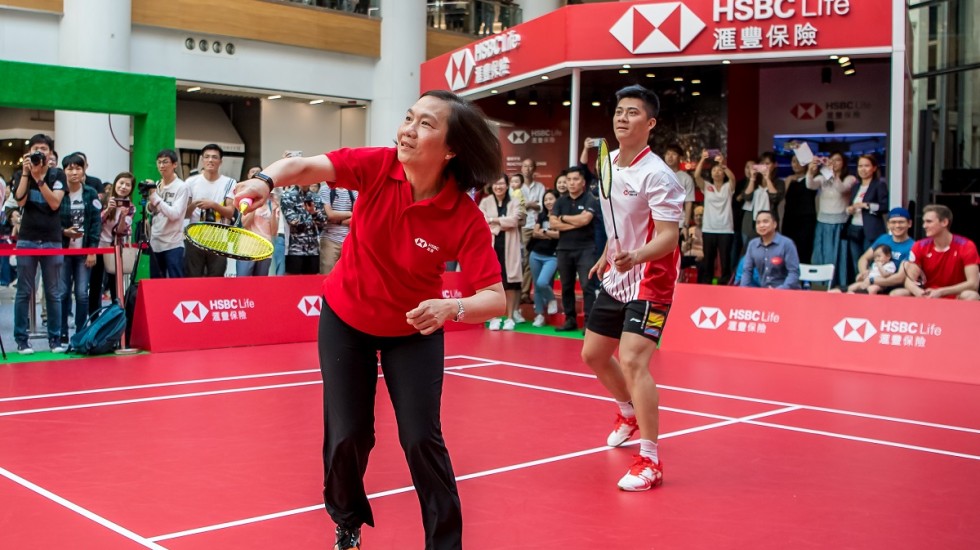 International badminton stars joined HSBC executives to promote active and healthy lifestyle through the joy of badminton at ‘City Badminton’ in Hong Kong over the weekend.

A number of community groups including the Hong Kong Sports Association for Persons with Intellectual Disability, students from Pui Kiu College, top local junior talents, HSBC staff members, and shoppers at host venue Olympian City 2 were able to engage with the sport of badminton through coaching clinics, injury prevention seminars, play-to-win activities, and free-play with friends and family.

Over the course of the weekend, over 3,000 visitors were shown the basics to physical and mental wellness through exercise.

Moncreiffe, who has been taking coaching lessons to improve his own badminton skills, said: “As a leading life insurer in Hong Kong, helping build a healthier community is one of HSBC Life’s promises, and this is the reason why we have been supporting a number of initiatives through HSBC’s partnership with BWF.

“We hope this can encourage people to lead an active life and start taking control of their wellbeing for both the body and the mind so that they can live longer, fitter and happier.” 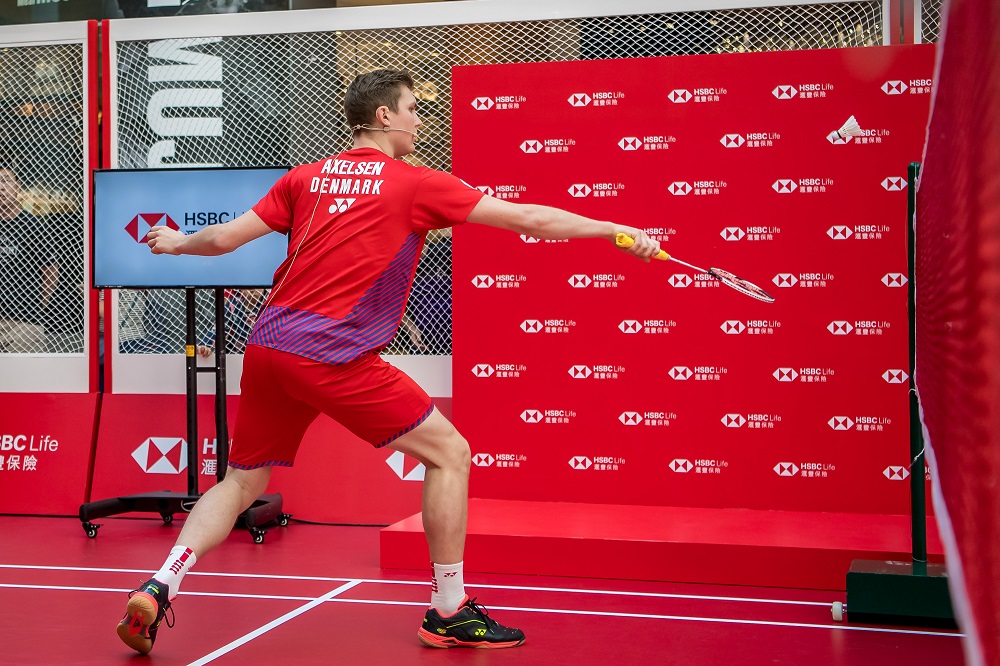 The event also served as the launch for the YONEX-SUNRISE Hong Kong Open 2018 that starts on Tuesday 13 November – a key stop on the HSBC BWF World Tour.

Axelsen, who will miss the Hong Kong Open with injury said: “Badminton has been a huge part of my life and what it represents has shaped me to become the person I am today, both on and off the court. I am delighted to be able to share my experiences with the group of youths I met today and hopefully I can inspire them to reach their full potential.”

HSBC became the Principal Global Partner and Global Development Partner of the Badminton World Federation (BWF) in January this year with the aim of boosting the popularity of badminton across the globe.