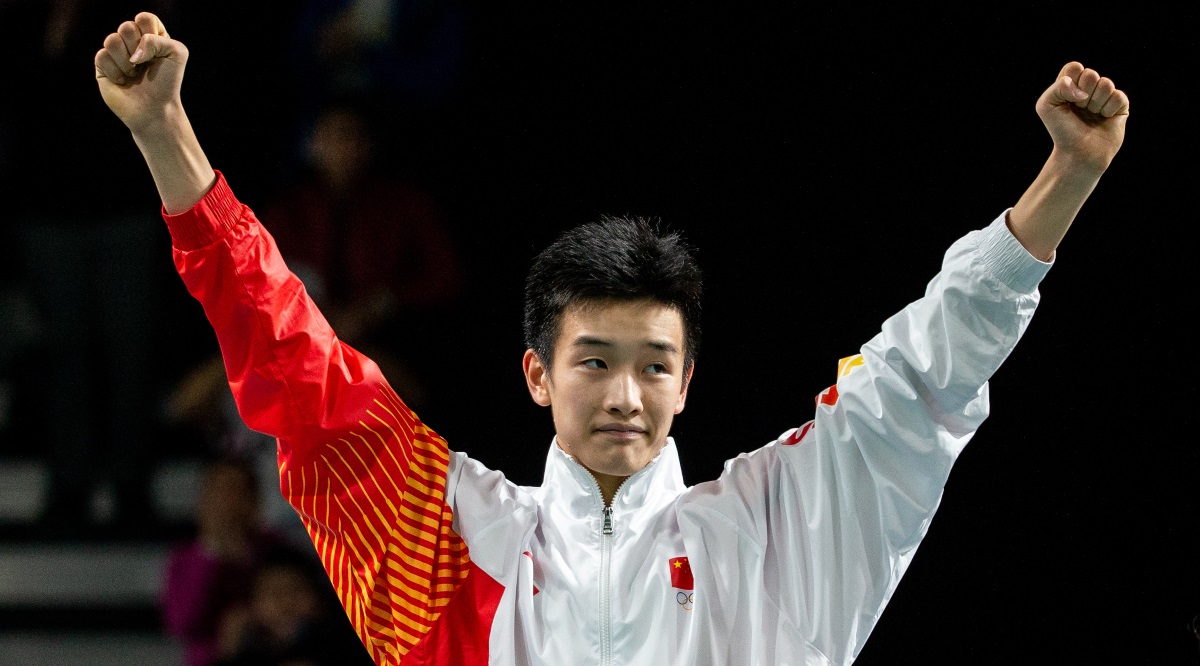 Celebrating on the podium at the YOG. 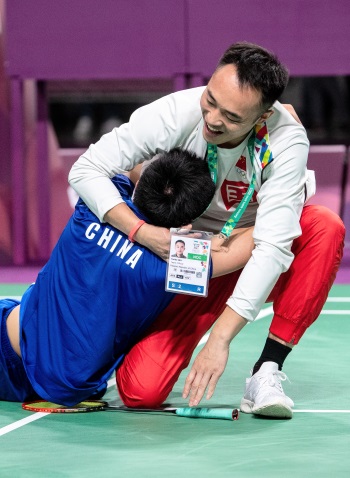 The early exchanges in the Men’s Singles final between Li and Sen revealed its direction. Li was sharper and had Sen on the ropes with his attacking play; he was 11-2 up in a jiffy. The Indian had had a marathon semi-final against Kodai Naraoka, and its aftereffects manifested in his less-than-fluid movement, while his deep clears, so accurate in the semi-final, was a trifle wayward.

Sen pulled himself together in the second, exerting better control and playing more decisively. It was level until midway, after which Li again pulled ahead with Sen struggling to keep pace. A shuttle that died off the tape gave Li five match points. Sen made it exciting at the end by saving four of those, but he couldn’t prevent the Chinese from closing it out on the fifth opportunity.

“I had a very good start, and that gave me a lot of confidence,” said Li Shifeng. “I’m thrilled to win here, and I would like to thank everyone who came to the venue. Buenos Aires is a beautiful city and all the people are very nice. This result is great for today, but there is much to learn. I hope I can continue to improve and become a World and Olympic champion one day.”

“I was a bit nervous at the start and made a few mistakes, but after five-six points I got into the match,” said Sen. “It was a long match yesterday and I was feeling the strain. I was a bit confused with the high clears at the baseline and I made a few mistakes in judging it. It’s tough to recover after a long match in the semi-finals. I’m a bit disappointed, but it’s a part of the game. Tactically, I was trying all my strokes, but I couldn’t move fast today but my finishing shots weren’t good and I was playing a lot of loose shots from the back, so he could quickly come in.” 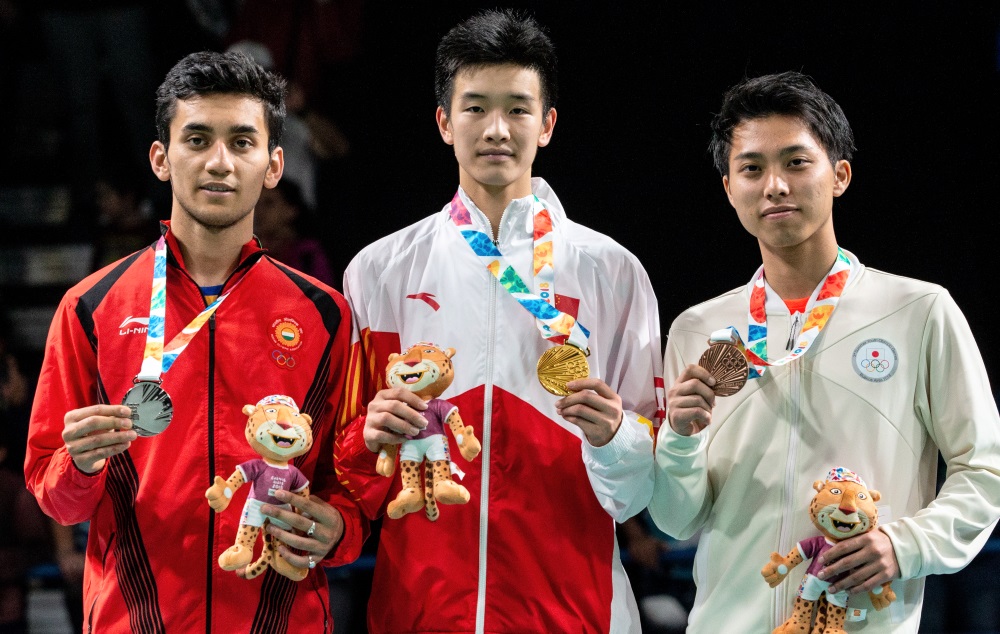 Goh Jin Wei’s contest against Wang Zhiyi was a more keenly-contested affair. It was a game of exploration of depth and angles rather than being dictated by sheer pace. Goh showed tremendous athleticism in retrieving Wang’s tight net shots, and as the match wore on, her consistent retrieving prolonged the rallies and took the edge off the Chinese’s attacking game. The Malaysian had a handy lead of 15-12 but Wang refused to relent, and nearly drew level at 19.

The Malaysian (featured image) finally broke free for match point with a clever push from the net, and closed it out before the match could get any tighter.

“I thought I would lose the second game but I cut down on my mistakes,” said Goh. “This result will encourage me to keep working hard for the future.” 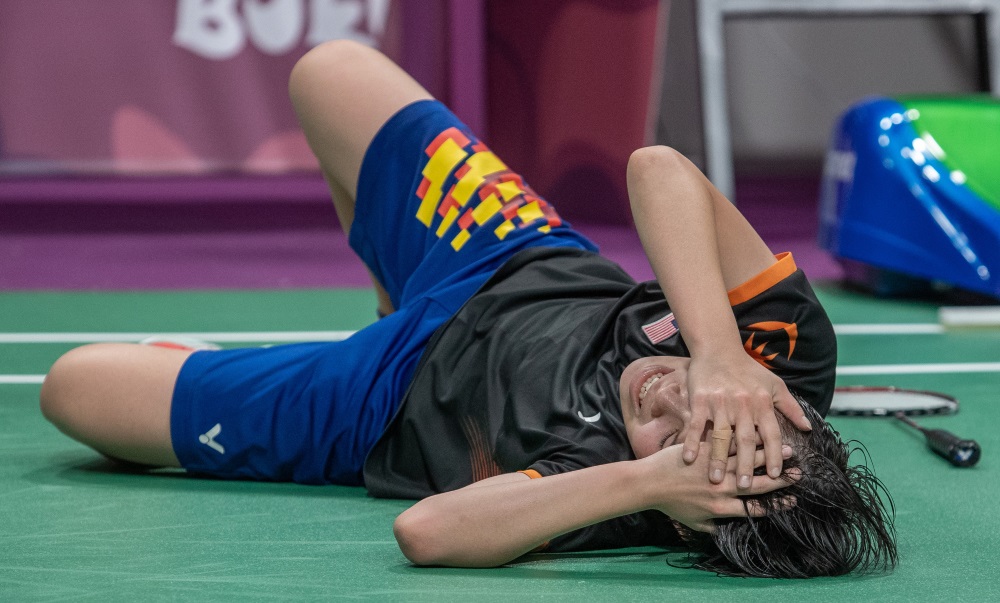 Kodai Naraoka had fallen in the semi-finals to Lakshya Sen after a performance of tremendous grit. Against Arnaud Merkle in the bronze medal match too Naraoka dug deep to emerge winner in a thriller at 21-17 24-26 22-20.

The Japanese looked weary after his marathon semi-final loss, dragging himself around the court between points, but during the rallies he pushed on untiringly. As he had done many times against Sen, Naraoka refused to buckle despite the size of Merkle’s lead. The Frenchman looked set for a comfortable second game win at 19-15 but Naraoka was unceasing in jumping high to smash until an opening appeared. 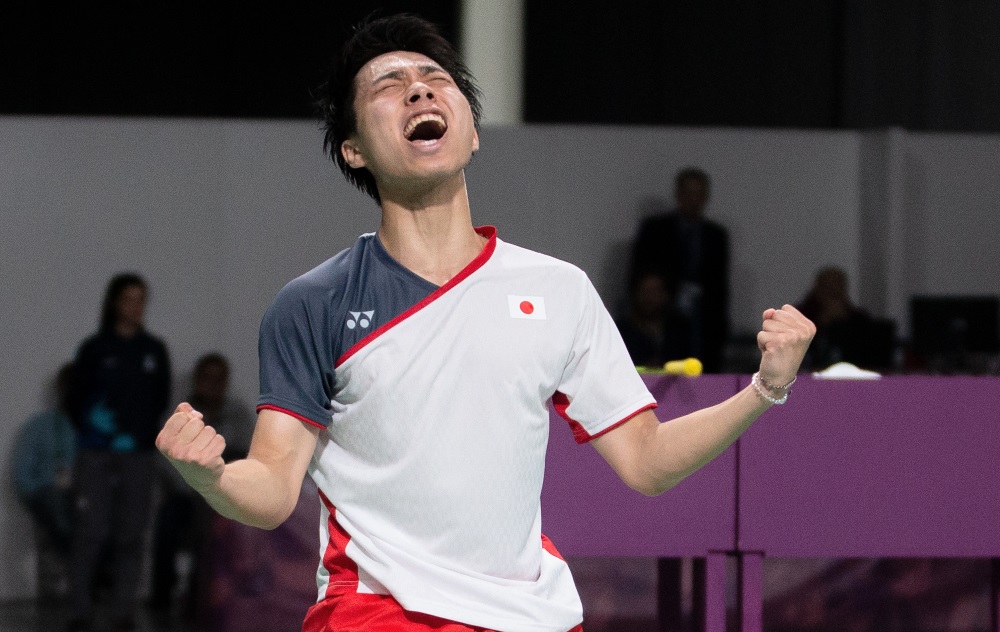 To Merkle’s credit, though, he too showed the stomach for a good fight. He saved two match points in a tense second game finish, and converted his own third opportunity to level scores at a game apiece.

There was no let-up in quality in the third game. Naraoka continued to press on, while Merkle was alert on the counter-attack. The Japanese gained a vital lead at 19-15, but Merkle responded with four straight points.

With the outcome hanging by a thread, it was once again Naraoka’s willingness to throw everything into the attack that swung it his way. Two jump smashes finally gave him the cherished bronze medal.