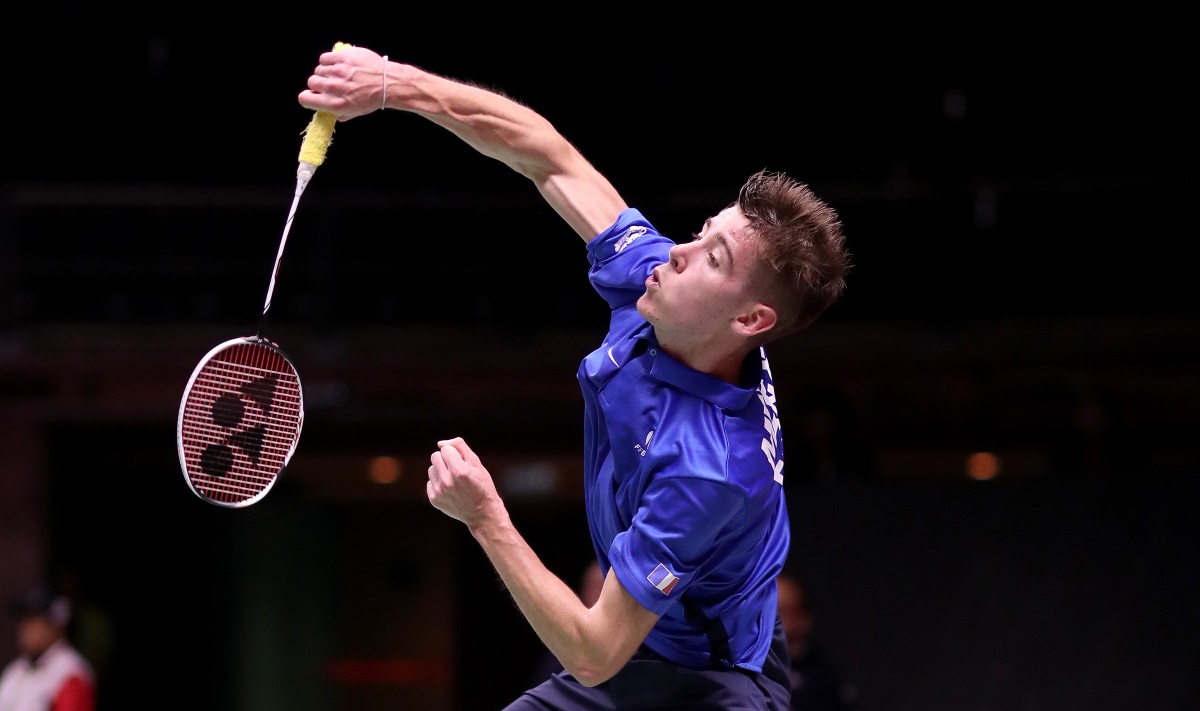 “I don’t know yet how I beat him!” said Merkle. “I was a bit afraid to play the World champion. I knew he had some great results, so I was really confident and there was no pressure on me. I just went 100 percent into the match and it went very well for me. He was nervous when I started to play calm and focussed and I kept my tactics on. I trained very hard for the European championships, specially physically, to keep to the level of the Asian players. It’s an amazing feeling to be in the semi-finals and play for a medal.” 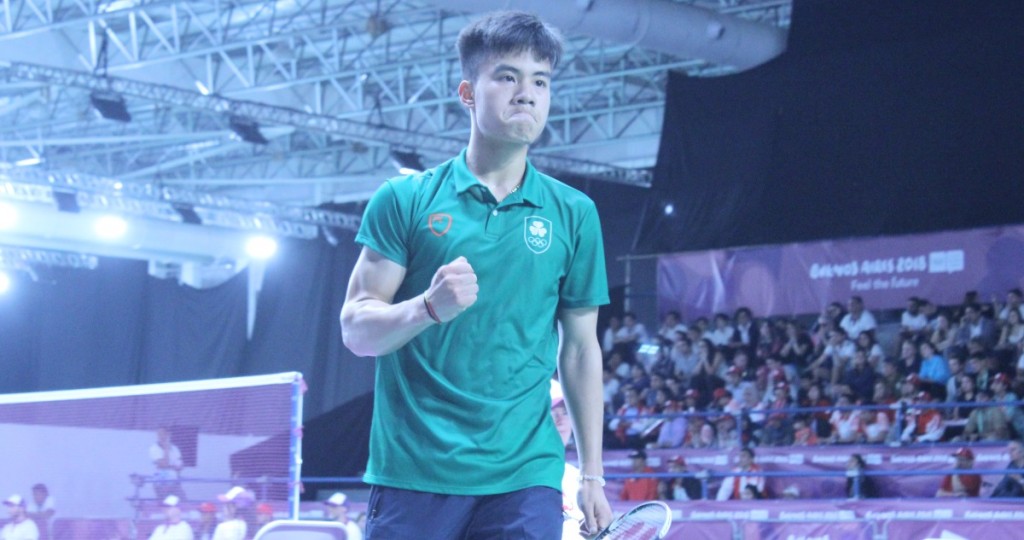 Following Vitidsarn’s upset, it was the turn of fifth seed Li Shifeng to feel the heat from Ireland’s Nhat Nguyen. The Chinese was in deep trouble against his feisty opponent and his own cramping legs, but survived to fight another day after coming through 15-21 21-19 21-19.

But while Nguyen lost it by a whisker, he won hearts all around for his brave display. For most of the match it was he who held the edge. Quick and light-footed, showing alacrity in defence and playing long spells without error, he kept the shuttle tight at the net and surprised Li with the cross net shot or pushes to the back.

Having taken the first, Nguyen was at 19-all when a rare error – a smash wide of the target – gave Li game point. 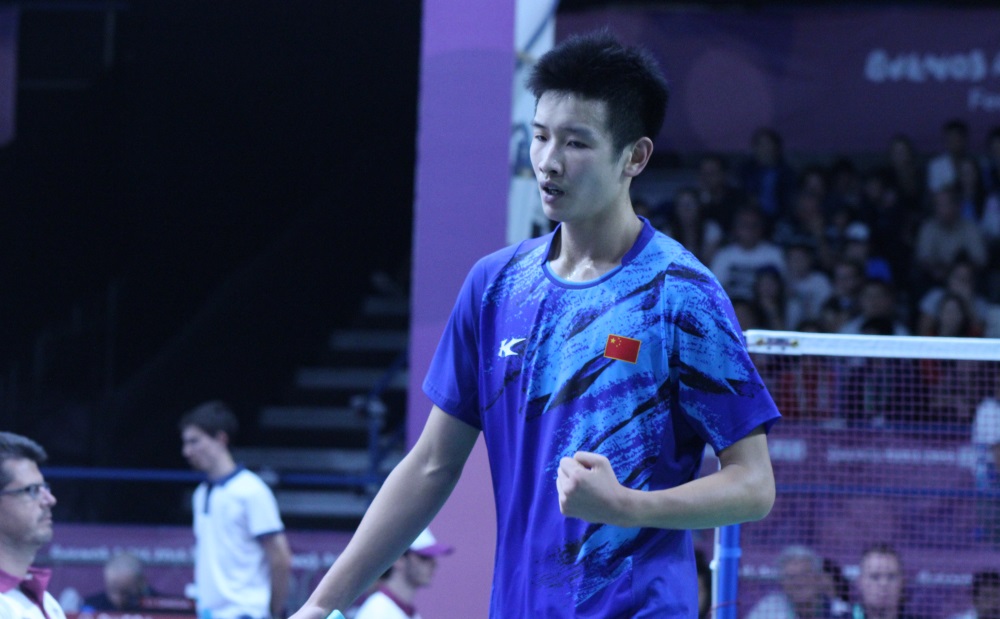 In the decider too the Irishman kept his pace, while Li gradually started to flag. After a particularly long rally for 15-14, Li pulled up with cramps and required medical attention. Nguyen gained a vital two-point lead but Li cleverly sought a break for a towel-down. The matched turned from this point, for Li stayed focussed despite his cramps and forced the errors from his opponent, finally coming away with the narrow win.

“I have no words, I’m very disappointed,” said Nguyen. “I think the break helped him when he was tired, it was smart of him to do that. That’s the game. I wouldn’t say I lost my focus after the break, it’s just that he did better from that point. He was more focussed after that. Obviously he’s a very attacking player and I had to neutralise him and had to work well on defence. I did that well, but didn’t do it well enough towards the end.”

The semi-finals will see the Chinese against the Frenchman in the top half, while the lower half has India’s Lakshya Sen against Japan’s Kodai Naraoka. 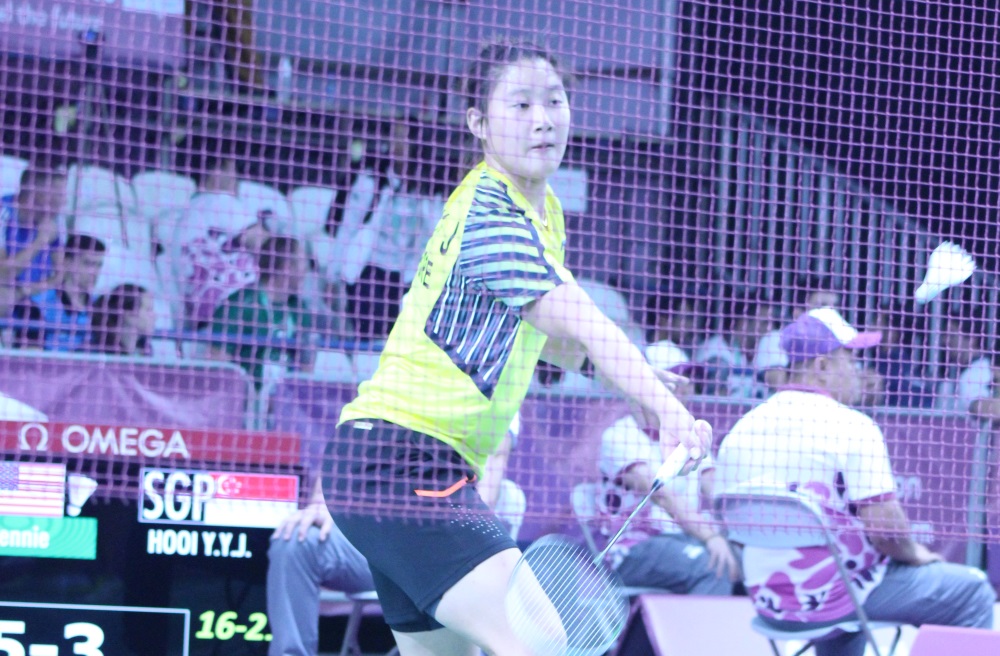 Sen held off a tough challenge from Indonesia’s Ikhsan Leonardo Imanu Rumbay in the second game, 21-17 21-19, but Naraoka had no trouble dealing with Chinese Taipei’s Chen Shiaucheng 21-11 21-11.

In Women’s Singles, Thailand’s Phittayaporn Chaiwan avoided the fate that befell her male compatriot, easing through the quarter-finals against Hungary’s Vivien Sandorhazi 21-9 21-8. Up next for her will be Malaysia’s Goh Jin Wei, who was just as comfortable in her quarter-final against Vietnam’s Vu Thi Anh Thu, 21-12 21-9.