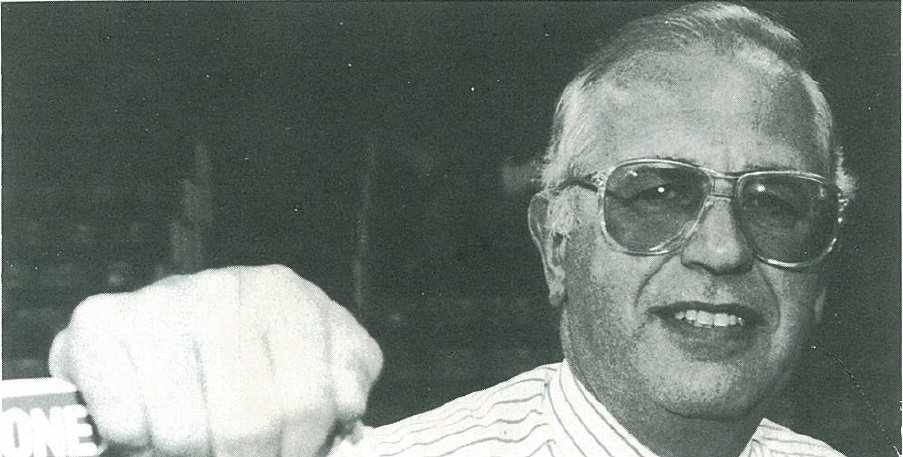 Shaw had a background in television – he was Director of Independent Television Association for more than ten years – and he used his knowledge of the medium to advance the cause of badminton. Having joined IBF after badminton made its Olympic debut in Barcelona 1992, Shaw worked to expand the federation’s television-rights income and promoted the World Grand Prix Finals. This was a period which saw a substantial growth in tournament prize money. The World Grand Prix Finals in 1996, for instance, offered US $350,000 – an impressive figure at that time.

Shaw also worked at expanding and professionalising the IBF office. The IBF acquired its own office in Cheltenham and later moved to a larger leased premises before it shifted to Kuala Lumpur in 2005.

Andrew Ryan, who was brought into the organisation by Shaw and served as Director of Marketing & Development, hailed Shaw’s contributions to the sport: “Using his background in television he opened many commercial and media doors facilitating a massive growth in TV exposure for the sport particularly in Asia and Europe, at the same time as bringing his corporate experience to the then International Badminton Federation, now BWF, in professionalising and strengthening the secretariat.

“His earlier teaching experience gave him an easy way with people that instilled confidence and loyalty. When David departed IBF in 1997 he left behind a legacy which provided the base for the continued growth that the sport enjoys today underlining its central place in the summer Olympic Games. Badminton is indebted to David as he was, in many senses, a pioneer in helping take IBF to a new level and he will be remembered by those involved in the sport at the time as a gentleman, highly respected by his staff in whom he instilled a spirit of creativity and dedication, but always with a sense of fun and sometimes even mischief.”

Neil Cameron, Shaw’s successor as Chief Executive, was also effusive in his praise of his predecessor’s pioneering abilities in popularising badminton through television.

“A significant development in David Shaw’s time at the helm was the contract signed with Asian satellite TV company STAR Sports to cover a certain number of World Grand Prix tournaments and to support the WGP Finals. The contract enabled the WGP Series and its Finals to progress, albeit that viewing figures were quite low due to it being a satellite rather than a free-to-air channel. Having new staff in this period enabled more attention to be given to many aspects of IBF’s development.”

The Badminton World Federation salutes the contribution of David Shaw to badminton’s development and growth and, on behalf of the sport’s global family, extends condolences to his family.

May his name and his service never be forgotten in the annals of badminton.