Badminton will continue to be played under the 3×21 (three games to 21 points) scoring system.

The BWF Council’s proposal to change to five games to 11 points did not receive the required two-thirds majority today in voting at the BWF’s Annual General Meeting in Bangkok, Thailand.

A total of 252 votes was cast by the BWF membership, with 129 votes in favour of changing the scoring format while 123 votes went against the motion. A total of 168 votes would have been necessary for the scoring system to be changed. A related proposal to reduce on-court coaching and introduce time-outs was subsequently withdrawn given its integration with the scoring-system innovation.

Meanwhile, the Council’s proposal for a fixed-height service achieved the two-thirds majority, with 177 votes out of 222 votes effecting this change. Council has been given a mandate to further experiment with variations of the system up until 10 December. Thereafter, no further changes can be made.

“Our membership has spoken and we respect its decision to retain three games to 21 points, though clearly our proposal resonated with a significant section of our membership,” said BWF President Poul-Erik Høyer.

“Many opinions were expressed from the heart today and it was obvious this was a fundamental matter which delegates deliberated thoughtfully and thoroughly – and I thank them for their diligence.” 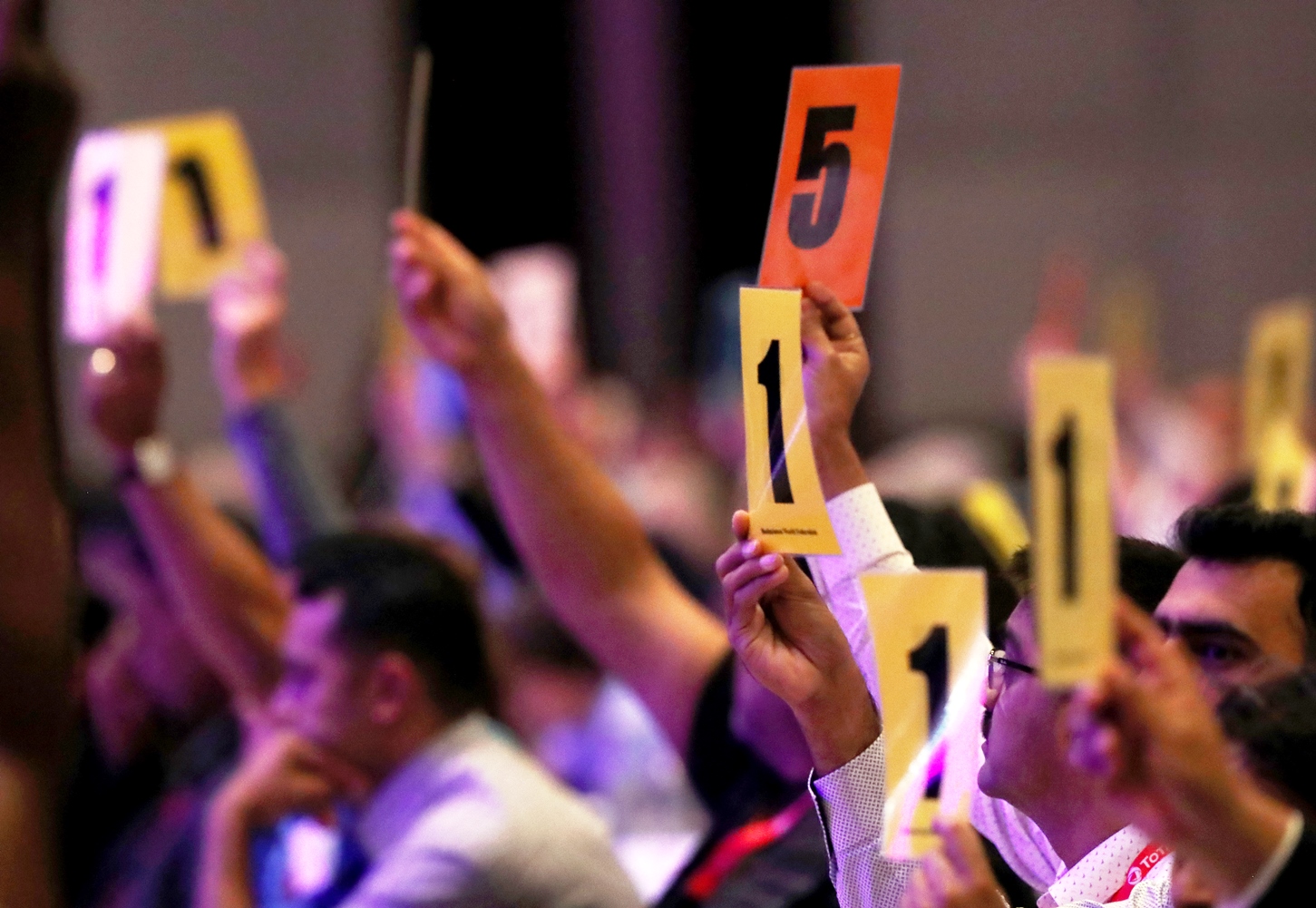 FEATURED IMAGE: Votes being counted on the proposal for a change of scoring system.