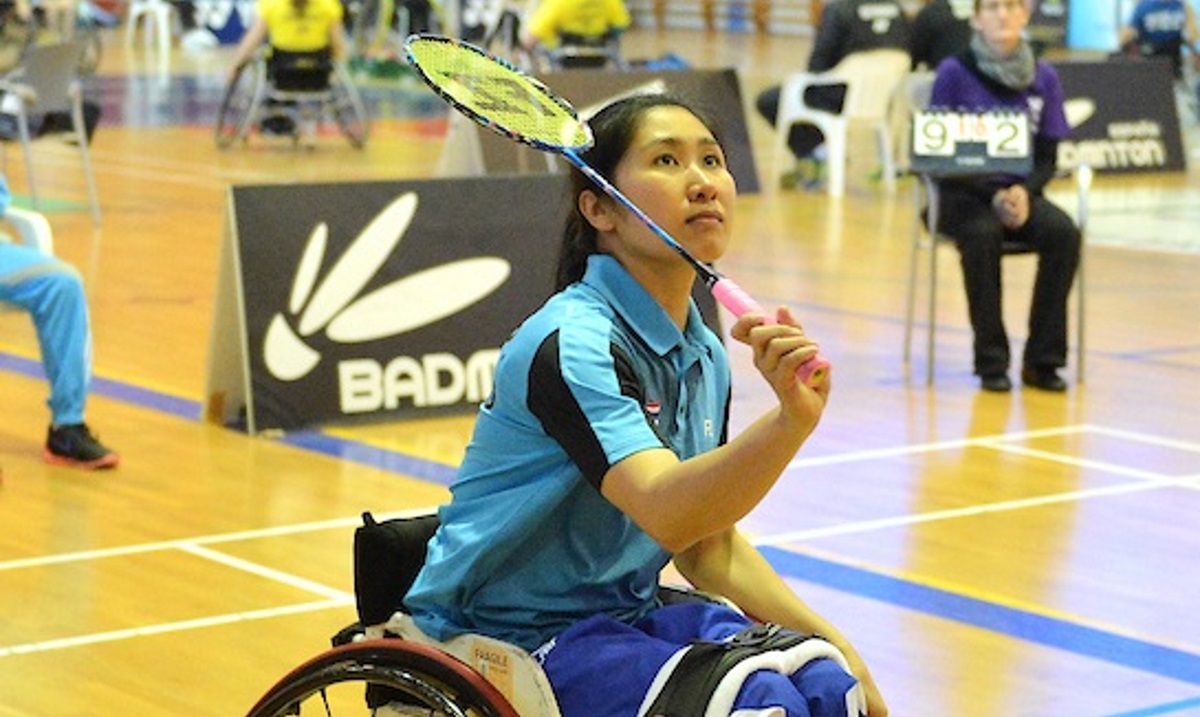 successful contestants at the 4th Turkish Para-Badminton International – ENESCUP 2018 that concluded in Konya yesterday with two gold medals and a bronze each.

His compatriot Sujirat Pookkham (featured image) also had a three-medal haul, as did Japan’s Yuma Yamazaki. Pookkham won her four group matches in WH 1 Women’s Singles to emerge on top of the group, just ahead of Switzerland’s Karin Suter-Erath. Pookkham’s closest match in the group was against Japan’s Etsuko Kobayashi, which she won 28-26 18-21 21-10.

Pookkham won her second gold as she combined with Amnouy Wetwithan for the WH 1 – WH 2 Women’s Doubles; the Thai duo completed their group assignments with four wins in four matches to take the gold. In their final group match yesterday, they beat Irina Kuzmenko (Russia)/Narine Uluc (Turkey) 21-15 21-12.