Line Kjaersfeldt stunned No.2 seed Kirsty Gilmour at the 2018 European Championships yesterday to earn a place in the Women’s Singles semi-finals.

Having played confidently to dismiss the Scotswoman, 21-14 21-16, the tall Dane was overcome with emotion as her achievement sank in. Kjaersfeldt will take on No.4 seed, Evgeniya Kosetskaya of Russia, today for a spot in the final. 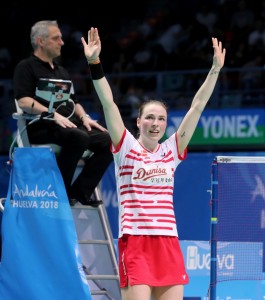 “I felt confident and relaxed. I just believed that I could win, and I am so happy that I did. She (Gilmour) was the favourite to win and maybe she also wanted that too much. I just kept going and had good movement and I think that was the difference today,” Kjærsfeldt told Badminton Europe after her match in Huelva, Spain.

Denmark will also have an interest in the other Women’s Singles semi-final with third-seeded Mia Blichfeldt having the weighty task of taking on hometown heroine, Carolina Marin. The latter swept past another Dane, Natalia Koch Rohde (21-17 21-10) to keep her continental-title defence on track inside the venue named in her honour. Blichfeldt survived a tight first game versus Germany’s Yvonne Li but then cruised in the second game, en route to winning 28-26 21-12.

In Men’s Singles, Brice Leverdez of France shrugged off the loss of a tight opening game to oust Nick Fransman; overcoming the Dutchman 22-24 21-15 21-15. The No.4 seed opposes top seed and world No.1 Viktor Axelsen who brushed aside his Danish team-mate, Rasmus Gemke (21-11 21-16). The other semi-final features defending champion, Rajiv Ouseph of England, against Axelsen’s countryman, Jan Jorgensen.

Women’s Doubles will see pairs from four countries – Bulgaria, Denmark, France and Netherlands – competing to reach the final. Meanwhile, in Mixed Doubles, Chris and Gabby Adcock and Marcus Ellis/Lauren Smith will aim for an all-England finale as they face opposition from Germany and Denmark respectively. 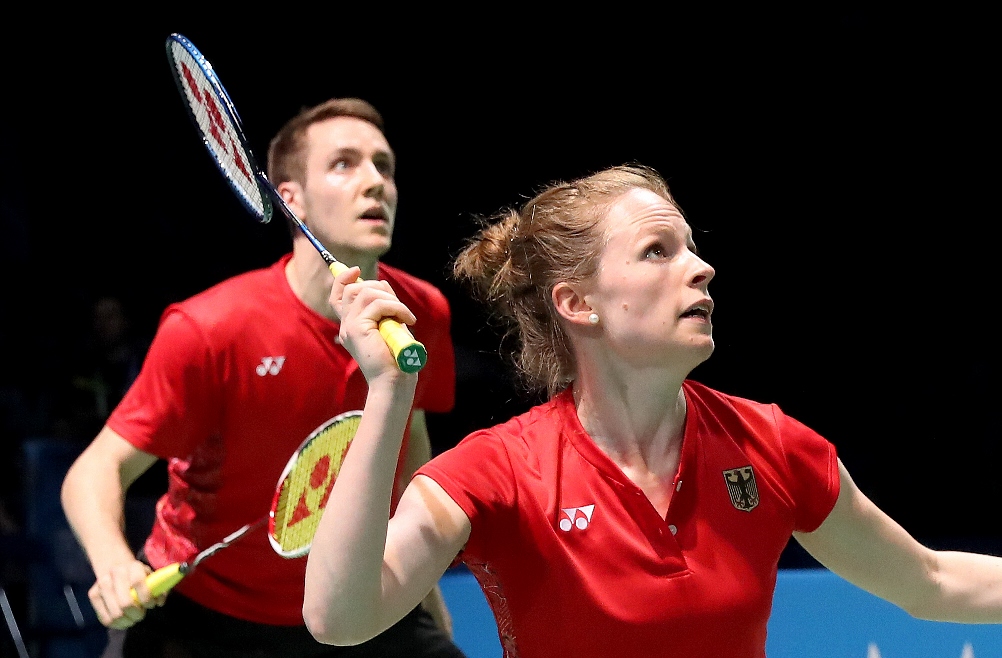