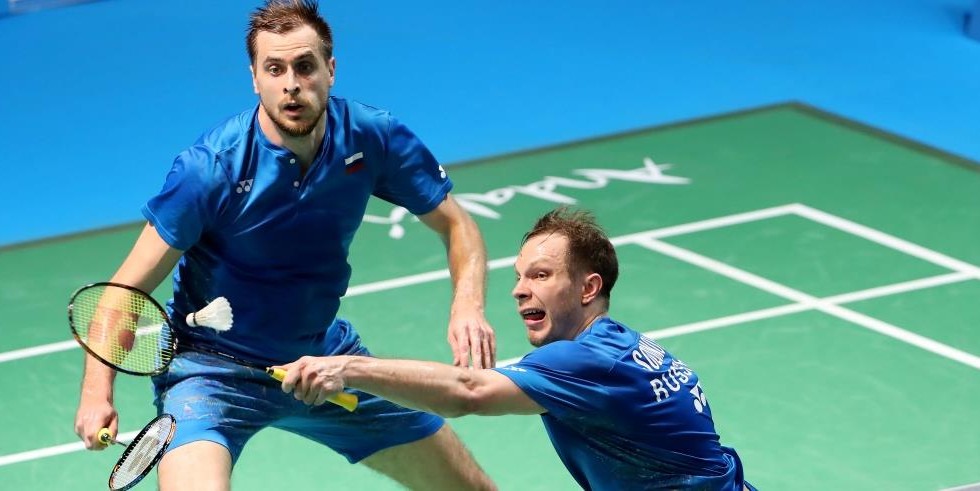 Eyes and pressure fell more heavily on the continent’s star players yesterday as the 2018 European Championships rounded into the home stretch with some tantalising quarter-final matches in prospect.

In particular, intrigue pervades the Men’s Doubles and Women’s Doubles categories with the withdrawal of Denmark’s title-holders and top seeds in 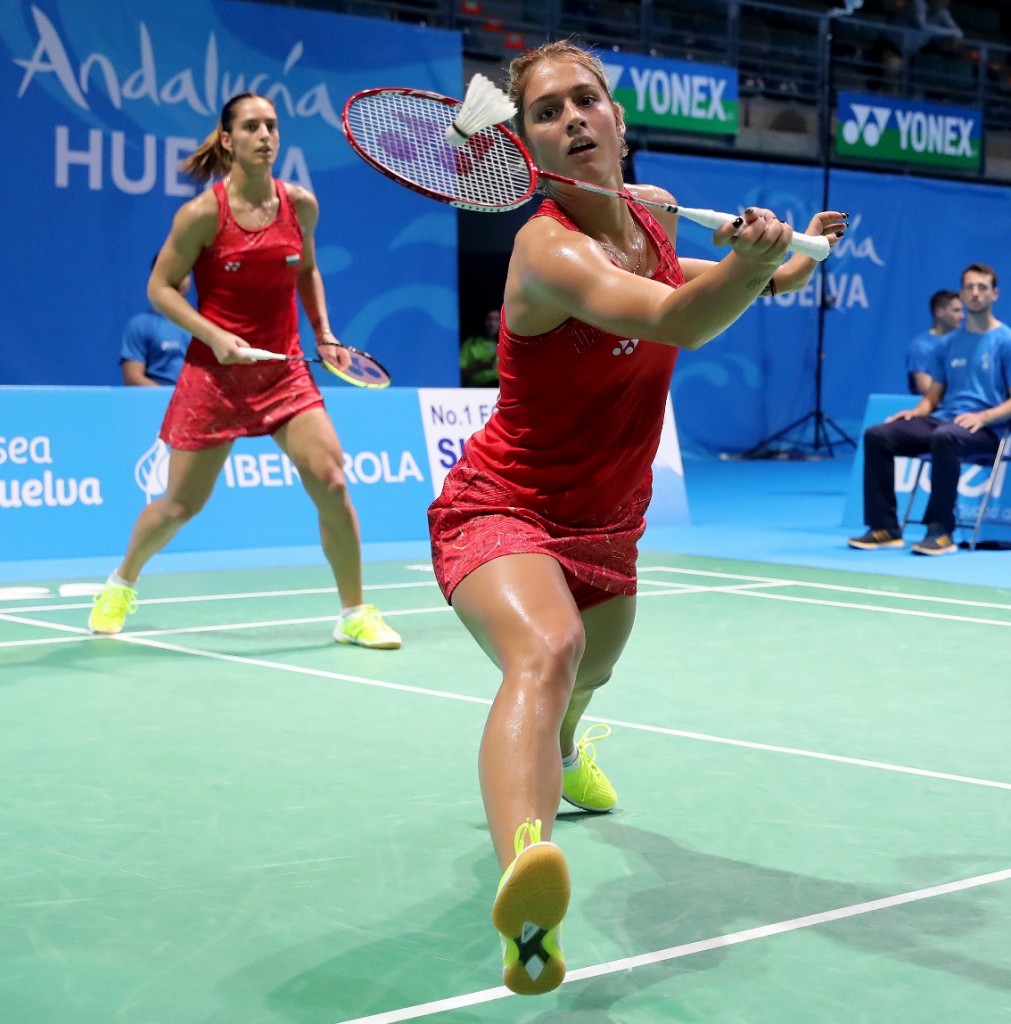 both disciplines: Mathias Boe/Carsten Mogensen and Kamilla Rytter Juhl/Christinna Pedersen respectively. In their wake, newfound favourites are trying not to get carried away by the sudden spotlight on them. In the women’s tandem, No.2 seeds Gabriela and Stefani Stoeva stressed there is still a long way for them to go to win gold on Sunday in Huelva, Spain.

“We are not going to say that we are going to win after they have withdrawn from the tournament. Everyone actually expects that we will win, but we are taking it match by match,” said Stefani after she and her older sister beat Sweden’s Amanda Hogstrom and Clara Nistad in yesterday’s third round (21-13 21-12).

The Bulgarian siblings face Debora Jille and Imke van der Aar for a place in the semi-finals after the Dutch joined their team-mates and No.5 seeds, Selena Piek/Cheryl Seinen in the quarter-finals. Piek and Seinen overcame Germany’s Johanna Goliszewski/Lara Kaepplein (21-16 22-20). Piek also has a stake in Mixed Doubles as she and Jacco Arends battle Mark Lamsfuss/Isabel Herttrich.

In Men’s Doubles, hopes of a Danish victory are still high as the European powerhouse boasts the No.2, No.3 and No.6 seeds in the form of Mads Conrad Petersen/Mads Pieler Kolding; Kim Astrup/Anders Skaarup Rasmussen and Mathias Christiansen/David Daugaard respectively. However, other pairs fancy their chances of standing on the top step in Carolina Marin Arena come Sunday – one of them being No.4 seeds, Vladimir Ivanov/Ivan Sozonov of Russia (featured image).

“Last year we lost in the quarter-finals. We really want to go to the semi-finals. It will be the same match as one year ago, but I think we have prepared differently and we want to show our best game tomorrow,” said Sozonov of their re-match with Christiansen and Daugaard who defeated them at the same stage last year. 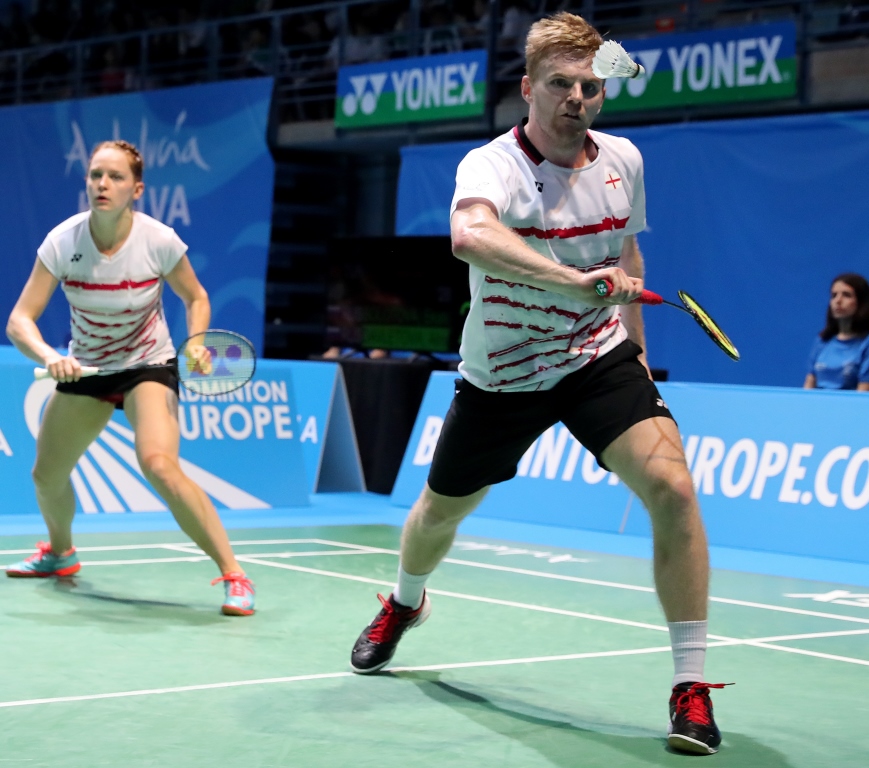 “There are many top pairs and we can beat each other…anyone of us can win the European title.”

In Mixed Doubles, Chris and Gabby Adcock remain on track to retain their crown. Next up for the England duo are Russia’s Evgenij Dremin and Evgenia Dimova. Also in contention are Mathias Christiansen/Christinna Pedersen (Denmark); Marcus Ellis/Lauren Smith (England); and Marvin Emil Seidel/Linda Efler (Germany).

The Danes are also in the Men’s Singles hunt with World champion, Viktor Axelsen, leading the way, accompanied by Anders Antonsen, Jan Jorgensen and Rasmus Gemke. After today, two of the four will be in the semi-finals while two will be out as Axelsen plays Gemke and Jorgensen faces Antonsen.