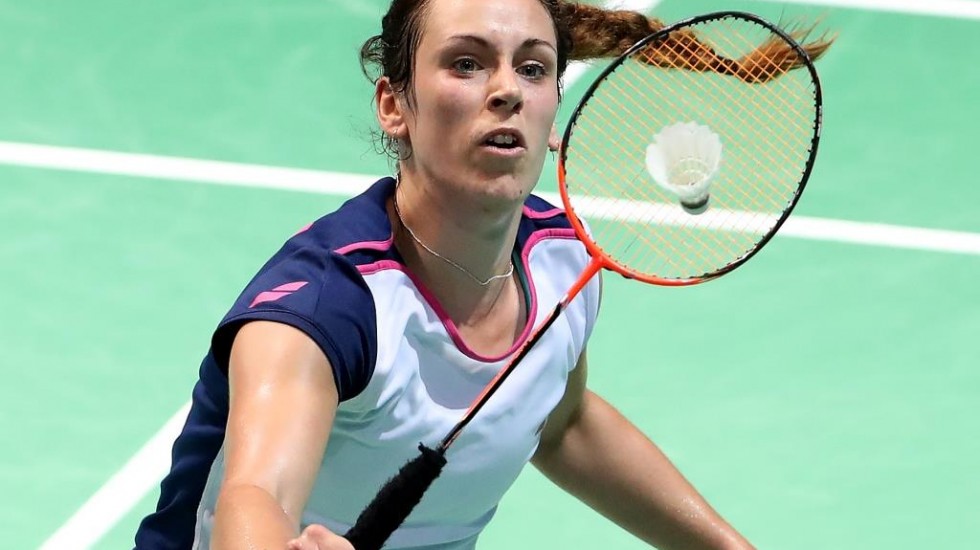 The Women’s Singles player, who starred for England at the recent Commonwealth Games in Australia, took apart the No.5 seed 21-16 21-19 in 38 minutes. Competing in Huelva – the hometown of Carolina Marin, Spain’s most celebrated badminton star – Birch (featured image) drowned out 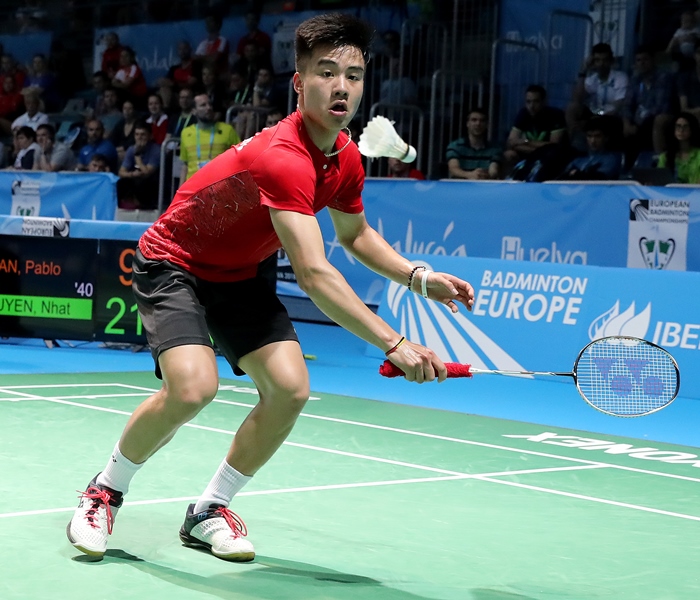 the loud support for Corrales to earn a crack at the quarter-finals. She faces Germany’s Luise Heim in today’s third round.

There was also misery for the hosts in Men’s Singles as veteran Pablo Abian was knocked out by Irish teenager, Nhat Nguyen. The Vietnamese-born young gun grabbed the first game 21-9 and, despite a valiant effort from seventh-seeded Abian who led 15-9 in the second game, came through in straight games. Spain’s other Men’s Singles contender, Luís Enrique Peñalver, fell to defending champion, Rajiv Ouseph of England. The No.3 seed won 21-19 21-8.

Thus it was left to host city’s famed daughter to soothe her compatriots’ hearts and bring smiles to their faces and the Olympic gold medallist did not disappoint in her first appearance at a venue named in her honour. Women’s Singles top seed, Marin, took care of business easily against France’s Marie Batomene (21-15 21-12) much to the delight of adoring fans.

“This European Championships is a major goal for me this year. To play in my hometown is just the best feeling and I am here to win and ready to win,” Marin told Badminton Europe after a rousing reception in the Carolina Marin Arena.

“Here at home everyone wants to beat me. I must be prepared for that and I prepared very well for this match. It went according to plan and I was 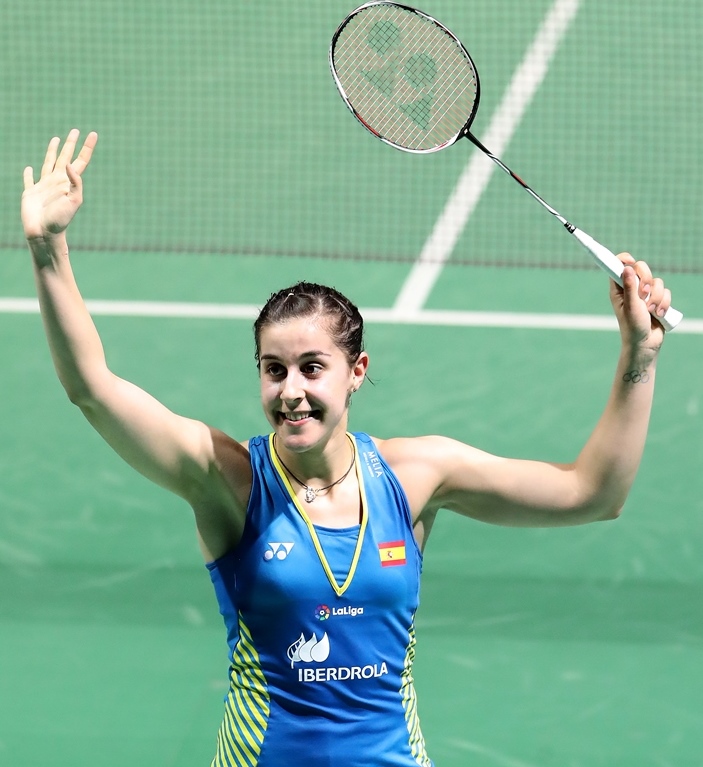 happy to get this first match out of the way.

“I really did not expect that level of support. I could feel the excitement and I am happy I could repay the people of Huelva with a win. Now it is time to focus on the next match and hopefully everyone will return to support all the players and show them how much we love badminton.”

Meanwhile, the withdrawals of two of Denmark’s most experienced pairs – Mathias Boe/Carsten Mogensen and Kamilla Rytter Juhl/Christinna Pedersen – has thrown the door wide open in Men’s Doubles and Women’s Doubles respectively. Head coach, Kenneth Jonassen, confirmed that both Mogensen and Juhl withdrew for personal reasons. Both pairs were the top seeds and defending champions in their respective categories. Pedersen still has a shot at Mixed Doubles glory with Mathias Christiansen.

Isabel Herttrich/Carla Nelte of Germany – one of the partnerships aiming to capitalise on Juhl and Pedersen’s absence – lost to Debora Jille/Imke Van Der Aar of the Netherlands (21-13 21-15).