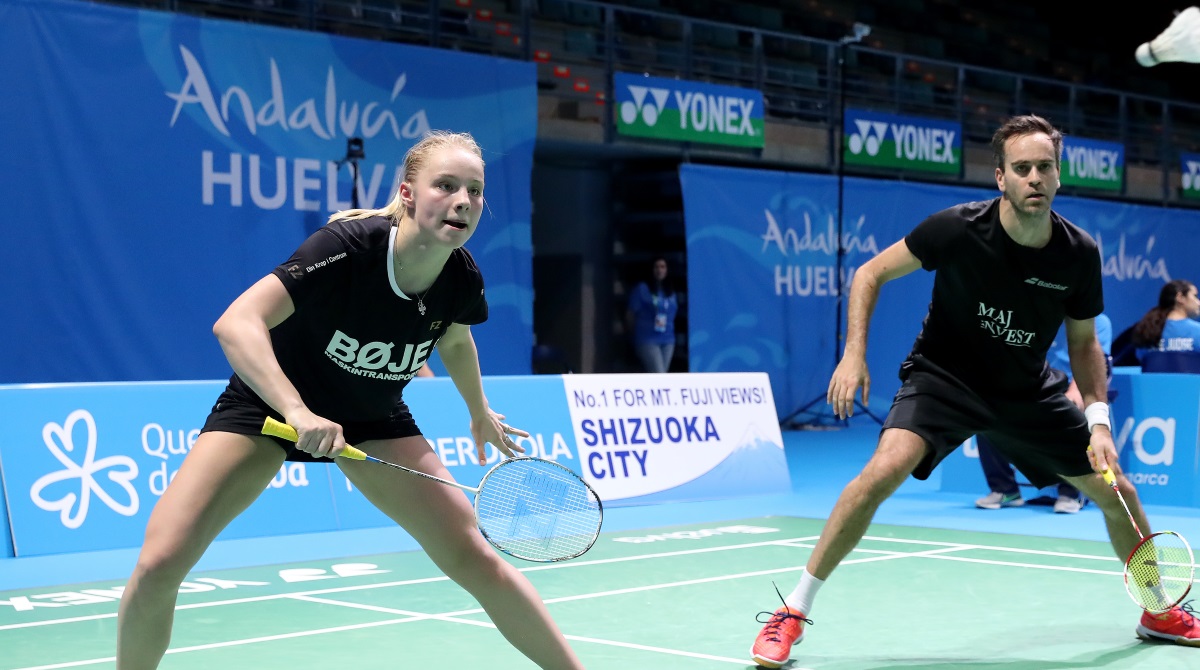 New Danish Mixed Doubles combination Joachim Fischer Nielsen and Alexandra Boje made the second round of the 2018 European Championships yesterday in Huelva, Spain.

The Danish combination (featured image), which was formed at the Yonex German Open this March, overcame France’s Thom Gicquel and Delphine Delue 21-16 23-21 to earn a spot against top seeds Chris Adcock/Gabrielle Adcock (England). While the doubles feature a draw of 32, the two singles have draws of 64. The top two seeds in Men’s Singles – Denmark’s Viktor Axelsen and Anders Antonsen – had first round byes. Defending champion Rajiv Ouseph (England) too had a bye, and he will next face Spain’s Luis Enrique Penalver, who was stretched to three games by Croatia’s Zvonimir Durkinjak, 21-19 13-21 21-13. England’s Sam Parsons had a tough opening test against Austria’s Luka Wraber, 21-19 23-21 and then received a walkover from his second round opponent, Maxime Moreels of Belgium. Alesia Zaitsava of Belarus had a close shave against Switzerland’s Ayla Huser, 19-21 21-19 21-19, and will next face Denmark’s Line Kjaersfeldt.

Top seed Carolina Marin (Spain) received a bye; she will face France’s Marie Batomene in the second round.