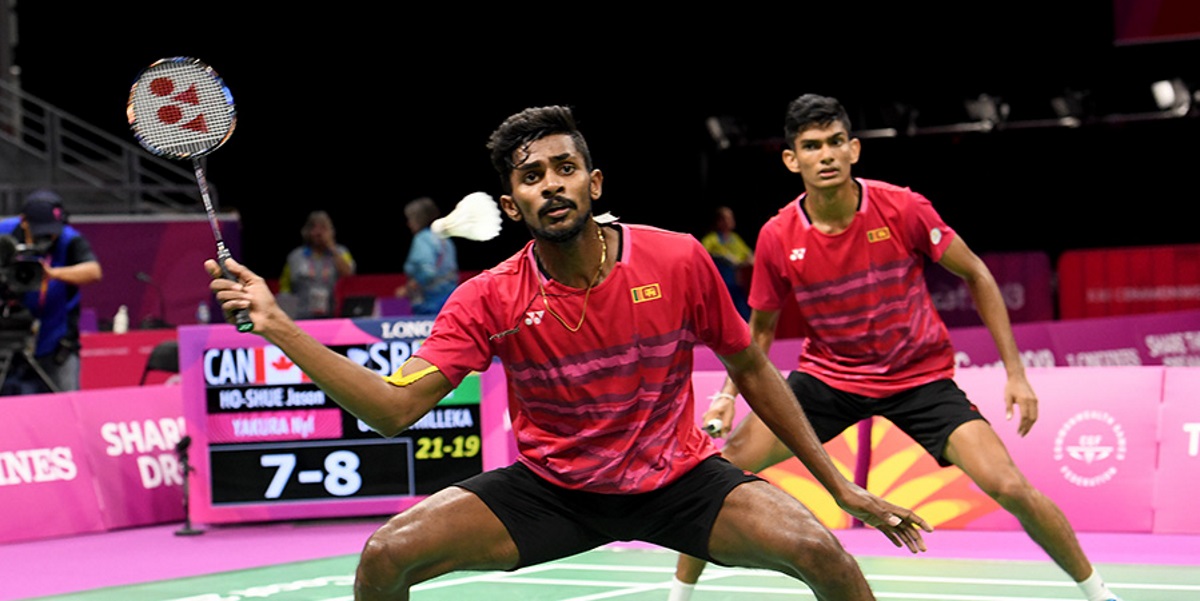 Sri Lanka’s Sachin Dias and Buwaneka Goonethilleka stole the show on Friday, earning a shot at a medal in Men’s Doubles at the XXI Commonwealth Games.

The Sri Lankan duo (featured image) lost a close first game against Canada’s Jason Ho-Shue and Nyl Yakura but surged back into contention after a thrilling second game, and they ultimately booked their semi-final place with a 19-21 22-20 21-17 result.

In the last-four, the Sri Lankans face India’s Satwiksairaj Rankireddy and Chirag Shetty, while in the other half, Malaysia’s Goh V Shem and Tan Wee Kiong take on England’s Marcus Ellis and Chris Langridge. It was a brilliant day overall for India, as they won all but one match. In the Men’s Singles, Kidambi Srikanth and HS Prannoy booked their spots in opposite semi-finals. Kidambi enjoyed a comfortable 21-15 21-12 victory over Singapore’s Ryan Ng, while Prannoy was just as untroubled by Sri Lanka’s Dinuka Karunaratna, 21-13 21-6.

Kidambi will be challenged by England’s Rajiv Ouseph in the semi-finals, while Prannoy faces Malaysia’s Lee Chong Wei, who cruised past Singapore’s Loh Kean Yew 21-13 21-16.

Pusarla will expect a more difficult challenge in the semi-final as she faces defending champion Michelle Li (Canada), who stopped Malaysia’s Soniia Cheah in straight games. Scotland’s Kirsty Gilmour also made the semi-finals, where she faces Nehwal.

In the other half, Malaysia’s Chan Peng Soon/Goh Liu Ying take on England’s Chris Adcock/Gabrielle Adcock. Chan and Goh handed India their only defeat of the day, as they stormed past Pranaav Jerry Chopra/Sikki Reddy 21-17 21-12.