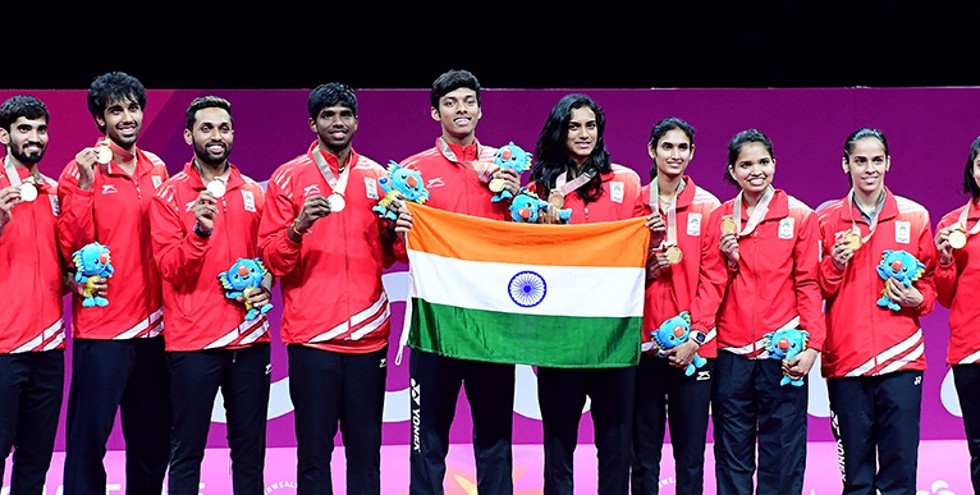 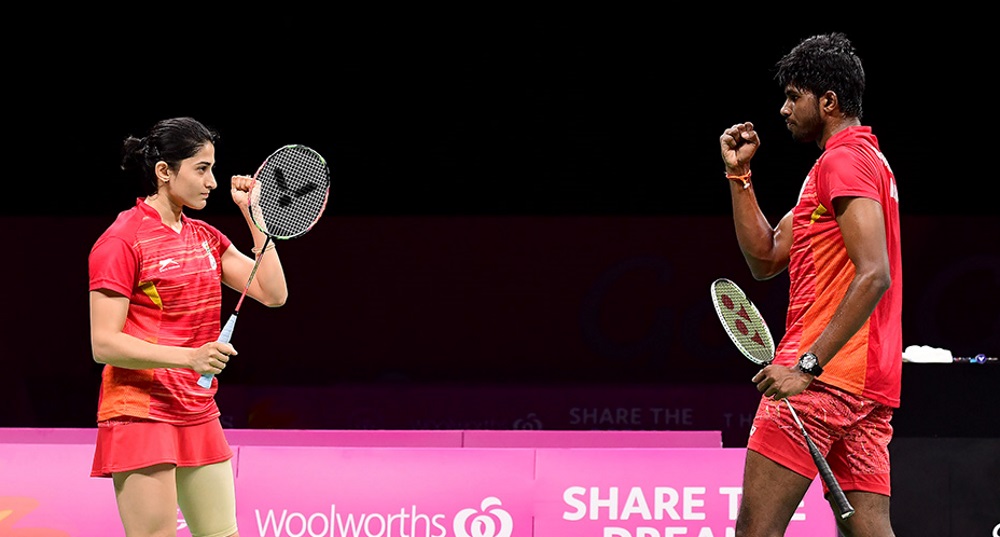 Malaysia’s hopes rested heavily on the shoulders of Lee Chong Wei as he took on Kidambi Srikanth in the Men’s Singles.

The younger man was his attacking best, giving the veteran no window of opportunity as he ran away with the match in 43 minutes, 21-17 21-14. 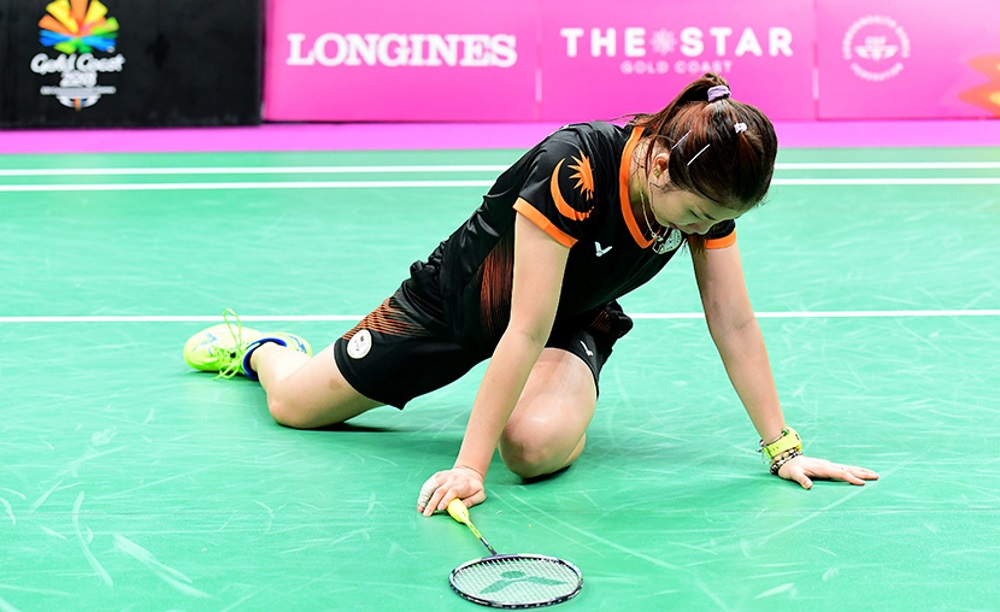 Rankireddy returned to court for the Men’s Doubles in the company of Chirag Shetty, taking on Olympic silver medallists, Goh V Shem and Tan Wee Kiong. The Indians pushed the Malaysians close in the second game but Goh and Tan kept their composure to finish the match in straight games, 21-15 22-20.

That left Malaysian Women’s Singles hope Soniia Cheah with the mammoth task of having to upset Saina Nehwal. The Malaysian gave it her best shot, taking the second game, but Nehwal got stronger in the second half of the deciding game and sealed one of team India’s finest moments with the 21-11 19-21 21-9 result.

“It’s really wonderful that the team has won its first ever Commonwealth Games gold medal,” said Indian head coach Pullela Gopichand. “Malaysia is a formidable team and we’re happy to have beaten them for the gold. Excellent job by the Mixed Doubles pair, Ashwini and Satwik pulled off a great match, and Srikanth played really well to beat Chong Wei. I think those were two important wins. Soniia gave a tough fight to Saina but in the end it was a good victory for India.” 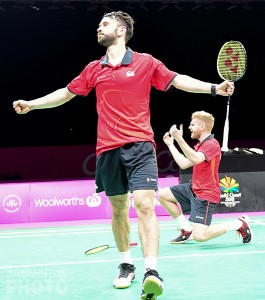 In the morning session, England overcame stiff resistance from Singapore to win the bronze medal playoff.

Marcus Ellis and Lauren Smith fell behind in the opening game and had to stage a comeback to take the Mixed Doubles match against Terry Hee and Crystal Wong, 16-21 21-19 21-18.

The next match was a humdinger between England Men’s Singles spearhead Rajiv Ouseph and Loh Kean Yew. The Singaporean went ahead by a tight margin in the opening game, and Ouseph levelled the deficit in the second. The third was a thriller all the way, with Ouseph eventually pipping his rival at the post to win 20-22 21-15 25-23.

Olympic bronze medallists Chris Langridge and Marcus Ellis then took the court for the Men’s Doubles against Terry Hee and Danny Bawa Chrisnanta. The England duo were comfortable winners in the third, 21-9 19-21 21-13 to close out the tie and ensure bronze for their team.