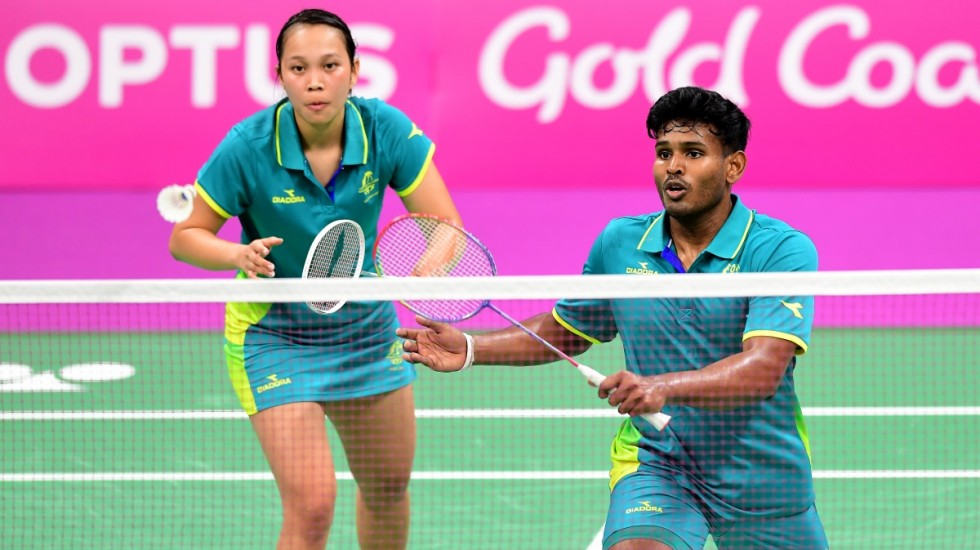 Hosts Australia got off to a bright start at the XXI Commonwealth Games in Gold Coast, blanking South Africa 5-0 in their Mixed Team Group C tie. 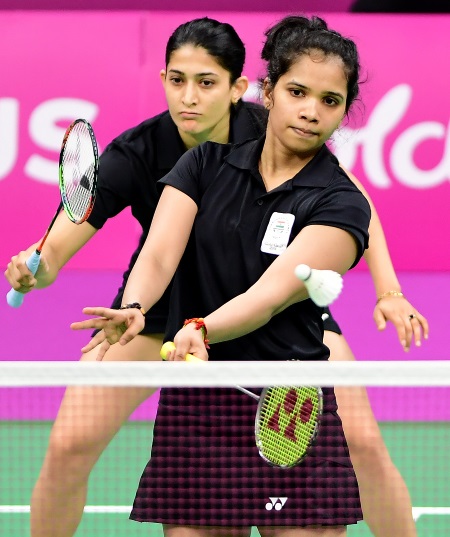 South Africa were up to the challenge in the opening Men’s Singles, with Prakash Vijayanath proving a doughty customer for Anthony Joe. However, Joe edged through 24-22 22-20 to give Australia the lead, after which there was no looking back.

In another Group C tie, England were dominant over Uganda, recording a 5-0 result.

Top seeds India were likewise too strong for Sri Lanka in their Group A encounter, although they were in for a surprise in their opening match. New Mixed Doubles combination Pranaav Jerry Chopra and Sikki Reddy were nearly upset by Sachin Dias and Thilini Hendahewa, only managing to scamper to victory at 21-15 19-21 22-20.

Kidambi Srikanth then made it 2-0 in Men’s Singles beating Niluka Karunaratne, 21-16 21-10, before Satwiksairaj Rankireddy and Chirag Shetty chalked up a 21-17 21-14 result over Dinuka Karunaratna and Buwaneka Goonethilleka.

Saina Nehwal (Women’s Singles) and Ashwini Ponnappa/Sikki Reddy made no mistake in wrapping up the tie for India.

In the same group, Scotland had it easy against Pakistan (5-0), while in Group B, Mauritius and Singapore too wrapped up their opening ties with a similar score against Zambia and Jamaica respectively.

The only tie of the day that wasn’t decided by a 5-0 margin was the one between Scotland and Sri Lanka in Group A.

Sachin Dias and Thilini Hendahewa once again rose to the occasion in the opening Mixed Doubles, against Alexander Dunn and Eleanor O’Donnell. The match culminated in a thrilling finish, with the Sri Lankans just about getting the better of the Scots, 21-17 16-21 27-25.

Kieran Merrilees brought Scotland back into the contest, beating Niluka Karunaratne 21-14 21-17 in their Men’s Singles contest. Kirsty Gilmour made it 2-1 in Women’s Singles beating Hasini Ambalangodage 21-4 21-5 before Alexander Dunn and Adam Hall gave Scotland an unassailable lead with a 21-16 21-16 result over Niluka Karunaratne and Buwaneka Goonethilleka.

Kirsty Gilmour then returned for Women’s Doubles with Julie Macpherson and the Scots prevailed over Hendahewa and Kavidi Sirimannage in three games.