The Badminton World Federation is optimistic that the ongoing testing of the Experimental Service Law (Fixed Height) is the first step to making service rules and service judging simpler and more objective. 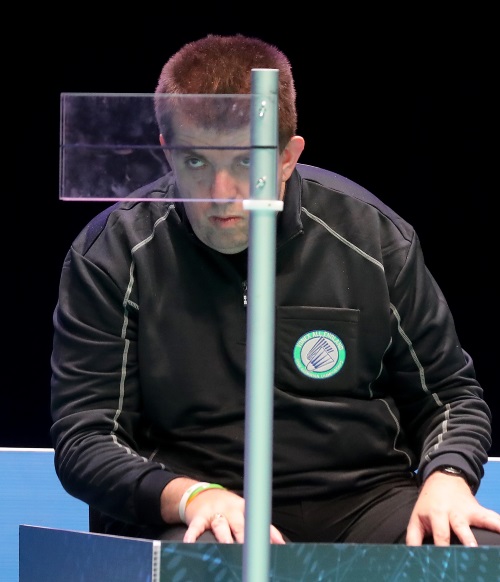 events so far, the world-governing body has received initial feedback from technical officials which has been positive and informative.

“The reaction from the global badminton community has been quite interesting. Feedback from umpires suggests the introduction of an instrument to help them in service-judging has helped. We have also noted some singles players have said they had no problem serving,” said Lund, acknowledging the critical views expressed by some players.

“There have long been complaints regarding the service laws in badminton and BWF wants to ensure greater fairness in service judging and how the laws are applied. Obviously, any time change is proposed – especially to such an essential aspect of a sport – there will be a wide range of views. We will take all of these into account.”

Addressing comments by some of badminton’s high-profile personalities, Lund stressed that before any decisions were taken there was detailed consultation with “top coaches from a number of badminton’s powerhouse countries”.

“During our consultation meeting, coaches agreed to test various fixed-height service options in certain countries. There was consensus on that being the next step and we did that. Thereafter, we agreed to test the Experimental Service Law (Fixed Height) at BWF events – which is what we are doing now,” elaborated the Secretary General.

Following the Badminton Association of Malaysia’s proposal last year to trial fixed-height serving – to which BWF membership agreed – BWF started experimental testing from 1 March. Testing started at the YONEX German Open on 6 March followed by last week’s YONEX All England Open Badminton Championships 2018. The Experimental Service Law (Fixed Height) mandates that“the whole of the shuttle shall be below 1.15 metres from the surface of the court at the instant of being hit by the server’s racket”.

All Grade 1 events – except the BWF World Junior Championships – will undergo testing as will Grade 2 events (the HSBC BWF World Tour and BWF Tour Super 100 events) and continental championships in April. As of now, testing is expected to run until year-end.

Lund disclosed that, depending on further feedback from the Experimental Period, “BWF would determine if 1.15 metres is the correct height or if it should be slightly higher”.

MAIN OBJECTIVE RE. THE EXPERIMENT/CHANGES REGARDING THE SERVE:

Throughout a range of years players especially and also to some extent service judges have provided feedback that the service rules have been difficult to manage. Some of the weaknesses has been defined as the following – related to the two key service rules:

RATIONALE FOR THE CHANGE: