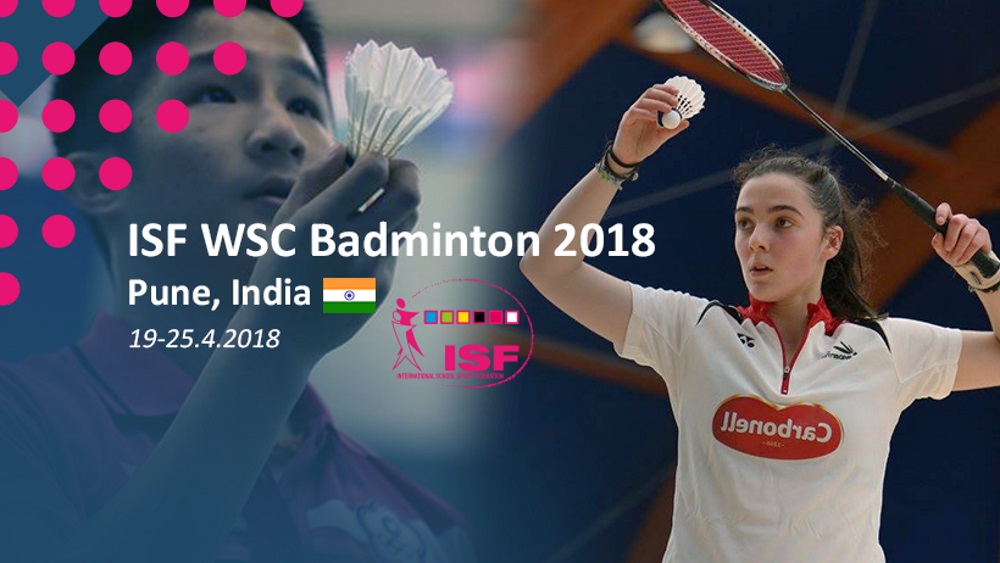 Students from 13 countries will arrive in Pune, India, for the International School Sport Federation’s World Schools Championship Badminton 2018 to be held from 19 to 25 April.

This is the first time India is hosting a WSF badminton event. Organised by School Games Federation of India with the help of the state government of Maharashtra and under the aegis of ISF, the event is particularly significant as the host city is considered the probable birthplace of badminton.

The six-day event includes a cultural festival and a ‘Friendship Mixed Doubles’ competition that is in keeping with the theme of promoting cross-cultural understanding.

It may be recalled that Badminton World Federation and ISF had signed a Memorandum of Understanding in 2014 to develop youth badminton, with BWF’s schools programme Shuttle Time being the primary platform to drive this initiative.

Other areas covered in the MOU were the development and implementation of a Technical Officials’ Education Programme; the promotion of the BWF-ISF alliance and related activities to both memberships and the public; and the designation of high-profile badminton players as ISF badminton ambassadors.

Badminton has been part of the World Schools Championships since 1998.