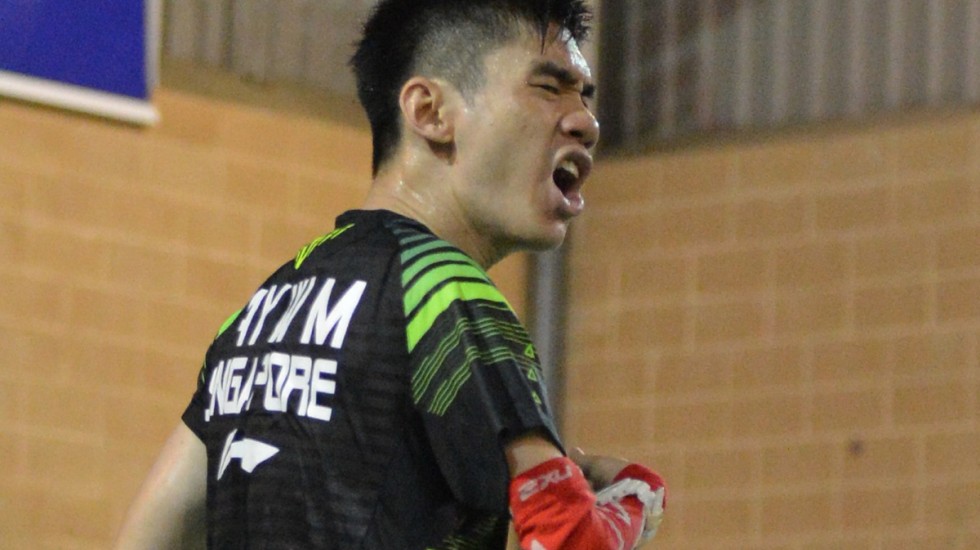 The semi-final was close all the way with both left-handers playing at a high attacking intensity. Tay edged ahead at the very end, earning two match points after Mroz made a rare error at the net. A wide placement by the Pole gave Tay the match at 16-21 21-15 21-19 and a final against Turkey’s Tuzcu, who prevailed over top seed Taiyo Imai (Japan) 22-20 21-10.

“I haven’t played Bart for two years,” said Tay Wei Ming (featured image). “Today was a great day, I kept my composure and enjoyed the game. It has been a while since I’ve been in a final. I told myself this is what I really want – to be in the final. I’m training full-time now. The last two weeks were high intensity training.” 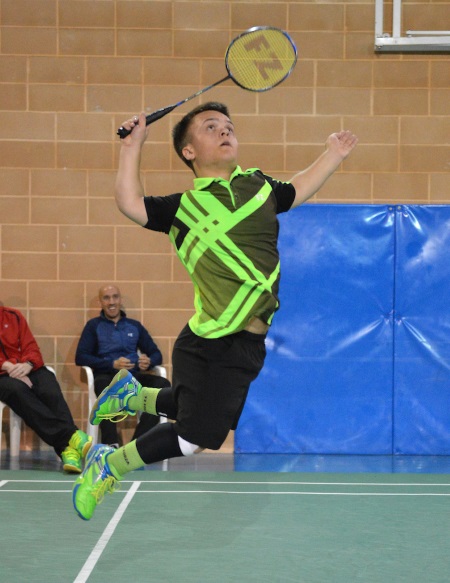 Toyoda also made the final of SL 3 – SU 5 Women’s Doubles in the company of India’s Manasi Girishchandra Joshi, the Japanese-Indian pair getting the better of Japan’s Kaede Kamayama and Asami Yamada 21-10 21-13. They face Helle Sofie Sagoy (Norway) and Katrin Seibert (Germany) in the final tomorrow.

The SS 6 Men’s Singles final will be a repeat of the World Championships final between England’s Jack Shephard and Krysten Coombs. Top seed Coombs eased into the final with a straight-games win over compatriot Issac Dalglish, who had enjoyed a stirring quarter-final victory earlier over Hong Kong’s Wong Chun Yim, 16-21 23-21 21-13.

“Over the past few months, he’s training a lot more with us in Sheffield, we always get a good game,” said Coombs, talking of Dalglish. “It was great to see him win the quarter-finals, he played really well. Today we had a good match. I’ve managed to put behind the World Championships final loss. I won the singles and doubles last year; hopefully I can win the singles tomorrow.”

Second seed Jack Shephard, who had beaten Coombs in a memorable final at the World Championships, progressed into the final with a fair degree of ease against Hong Kong’s Chu Man Kai, 21-18 21-15.

“It was a difficult semi-final, the second game was close at 11-all, from there I found a weak point in his game so I just punished that,” said Shephard. “Me and Krysten train together, the final’s going to be another tough match. We know each other’s strengths and weaknesses really well. He’s very fast and doesn’t make a lot of errors, he gets everything back.” 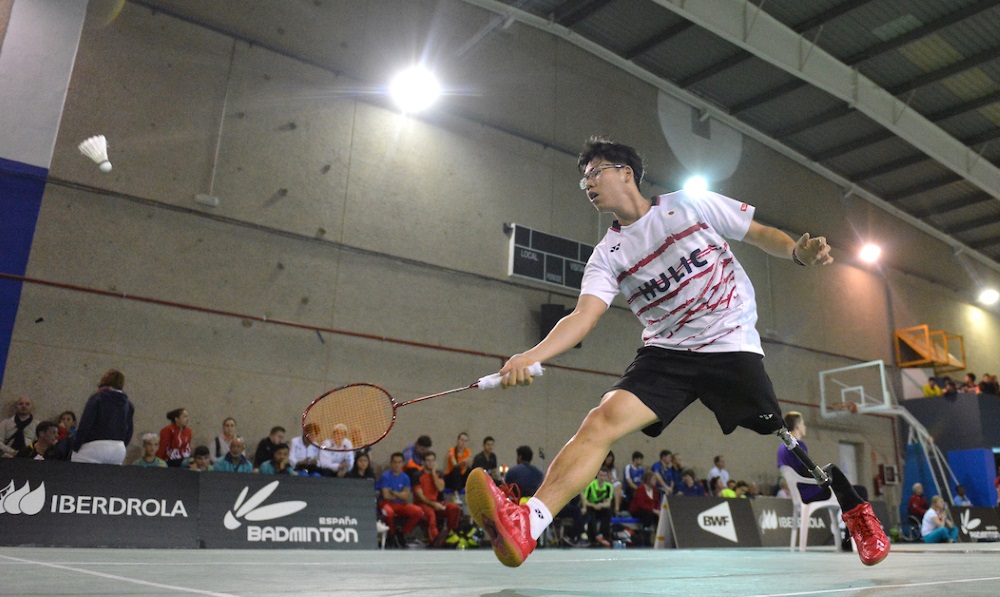 The England duo of Coombs and Shephard also made the final of the SS 6 doubles, beating their compatriots Andrew Martin and Isaac Dalglish 22-20 21-18.

The SL 4 Men’s Singles will be a clash between India’s Sukant Kadam and Korea’s Shin Kyung Hwan. In the semi-finals, top seed Kadam made his way past Sweden’s Rickard Nilsson 22-20 21-11, while Shin got the better of Thailand’s Siripong Teamarrom 21-13 21-12. 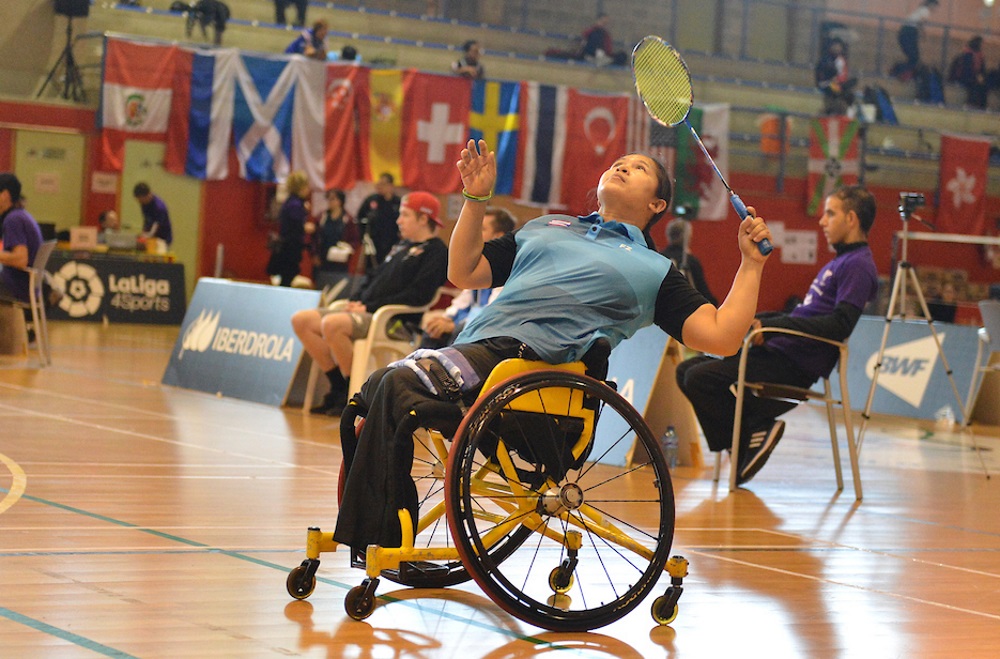 In the wheelchair events, Thailand’s Amnouy Wetwithan gave herself a shot at three titles, making the finals of WH 2 Women’s Singles, Women’s Doubles and Mixed Doubles.

Top seeds in WH 1 – WH 2 Women’s Doubles, Wetwithan and Sujirat Pookkham, had an easy victory over Russia’s Irina Kuzmenko and Turkey’s Narin Uluc, 21-3 21-5; the final will see them take on Japan’s Yuma Yamazaki and Ikumi Fuke.

Wetwithan’s third final will be the WH 1 – WH 2 Mixed Doubles with Jakarin Homhaul; the top seeds were pushed to three games by compatriots Junthong Dumnern and Sujirat Pookkham, 19-21 21-15 21-15, and the final face-off will be against Japan’s Osamu Nagashima and Yuma Yamazaki, who upset second seeds Kim Jungjun/Kim Seung Suk of Korea 21-19 21-14.

Pookkam is in line for a double as she made the WH 1 final against top seed Karin Suter-Erath of Switzerland.

In the men’s wheelchair events, Korea’s Kim Jungjun’s unbeaten run continued as he rode comfortably into the WH 2 Men’s Singles final where he takes on second seed Chan Ho Yuen of Hong Kong.

Kim Jungjun will also be in the WH 1 – WH 2 final, as he and Choi Jung Man overcame Japan’s Osamu Nagashima/Mamoru Oe 21-10 21-9. They will face Lee Sam Seop and Jeong Jae Gun for the title.