Jung Jae Sung, the Korean Men’s Doubles star known for his big hitting and tireless energy, died yesterday of a heart attack. He was just 35. 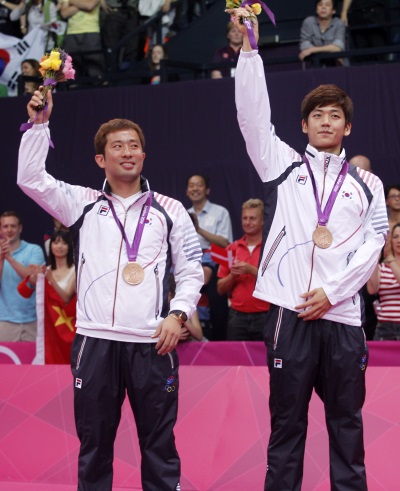 Jung was one of the mainstays of the powerful Korean team of the 2000s. His most successful years were with Lee Yong Dae in Men’s Doubles – the youthful energy and sharpness at the net of Lee combined spectacularly with the heavy smashes of Jung from the back, making them one of the best pairs in the world.

The Korean pair won no less than 18 World Superseries crowns together – including two All England crowns (2008 and 2012). At the World Championships they were destined to finish second-best on two occasions – in 2007 and 2009. An Olympic bronze, two Asian Games bronze medals and the Asian Championships gold in 2008 were among the prominent medals in their career.

The 2009 BWF World Championships final in Hyderabad, against China’s Cai Yun and Fu Haifeng, would be remembered as one of the greatest Men’s Doubles contests in history, with Cai and Fu eventually prevailing at the end of 75 minutes of high-intensity badminton: 21-18 16-21 28-26.

Lee and Jung were in top form in 2011-2012, capturing six Superseries crowns and emerging one of the top contenders for the gold medal at the London Olympics 2012. However, the Koreans fell to Denmark’s Mathias Boe and Carsten Mogensen in a close semi-final. They redeemed themselves for the bronze medal play-off against Malaysia’s Koo Kien Keat/Tan Boon Heong, earning a podium finish with a 23-21 21-10 score. With the bronze medal around his neck, a tearful Jung announced his retirement from international badminton.

Jung was a soft-spoken and popular figure. He will be missed.