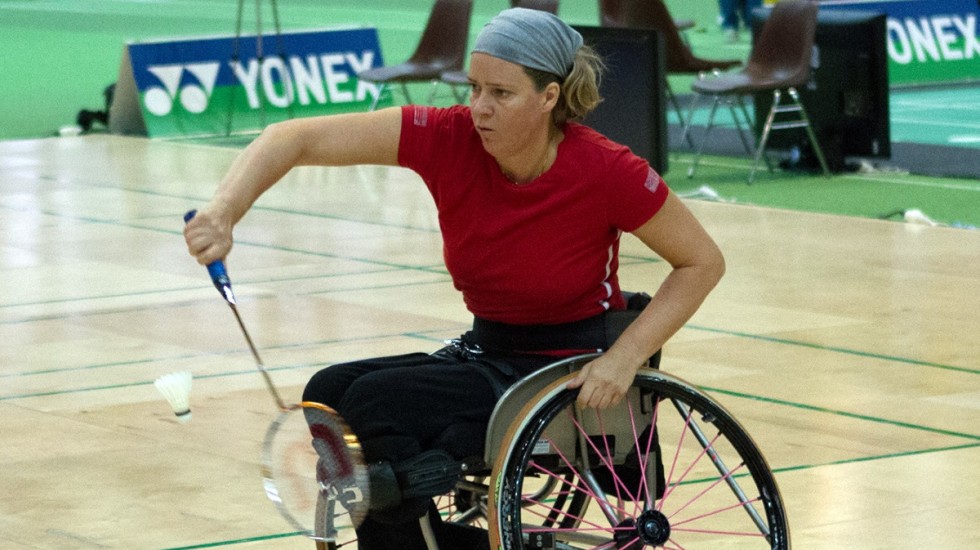 Suter-Erath, who was the Female Para-Badminton Player of the Year for 2016, is excited to be in Spain, although she admits she’s a more nervous than usual. Excerpts from an interview: How is it to be back in Spain as the defending champion in Women’s Singles?

I like this tournament very much; people are so nice here. It doesn’t make a difference if I’m the defending champion or not. At every tournament I want to give my best, win every match possible. There are a lot of good players here, (the quality) is higher than last year. The level is increasing every year. Sujirat (Pookkham) for example, she was not here last year. It’s going to be interesting in the mixed and the doubles.

How would you rate the previous season? Were you disappointed about not winning a medal at the World Para-Badminton Championships? The first tournament of the season is quite important. I’m a bit more nervous than usual, to see how it goes. To see how much people have improved during the break.

You won the BWF Female Para-Badminton Player of the Year for 2016. What was that like?

That was a big honour, it was a surprise because I didn’t even know about that prize. It was special to hear that I’d been chosen. I couldn’t go to Dubai, (she received it in Glasgow) but I’ve never been at a World Championships and in Glasgow there were so many high-level matches. I enjoyed being there and watching able-bodied badminton of the highest level. That was impressive.

Could you talk of your life outside badminton?

I work part-time for the Swiss Wheelchair Sports Federation. We have different wheelchair clubs and I teach the teachers. I consult; if we have new people getting injured, if they are at the clinic, and they’re interested in sports, I talk to them about the possibilities of sports. I like to meet people.

I love to play tennis. I don’t have that much time anymore for it, but I still choose some tennis tournaments and I train once a week for tennis. It’s different, but I can handle it now. In the beginning it wasn’t easy, with the weight of the racket and the technique.