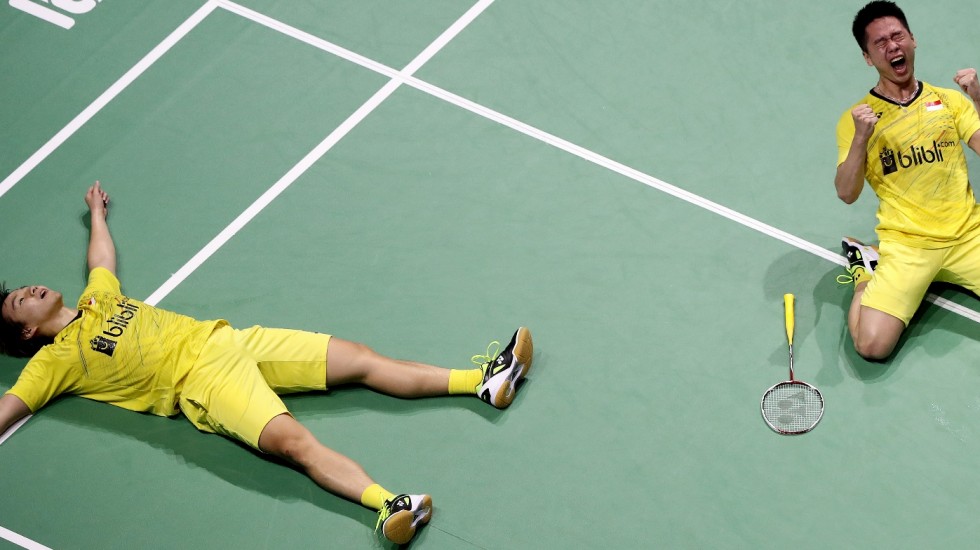 Marcus Fernaldi Gideon and Kevin Sanjaya Sukamuljo soared to a record seventh Superseries title this season, thanks to a dazzling and dominant dismantling of their rivals in the finale of the Dubai World Superseries Finals this afternoon.

Having defied the odds to reach the championship showdown at Hamdan Sports Complex, Indonesia’s ace pair refused to be denied by their Chinese nemeses, Liu Cheng and Zhang Nan, grabbing the match by the scruff of its neck and never letting go. Their exuberant rejoicing as Gideon fittingly

smashed match point to secure the 21-16 21-15 triumph showed just how much this success meant to the BWF Male Players of the Year.

They had won six times previously on the MetLife BWF World Superseries circuit – sometimes blazing past dazed rivals, other times surviving gritty battles – but this week’s fight was something special as they embarked on the year’s last tournament with an unknown factor – Gideon’s neck and back strain.

Could he manage the gruelling on-court tests they would have to endure for five days?

Each day brought new hope and increasing belief – with Gideon feeling better and better – that they could win this highly-prized honour – the season-ending show-stopper to which only the best of the best are invited and the final one to be held in Dubai. That they saved their best for last made the result all the sweeter versus a pair that had thwarted them in a robust duel in Denmark two months ago. Today, the Chinese had few answers when the shots started flying. Sukamuljo was especially devastating at net while Gideon mostly patrolled back court. Liu Cheng did as best he could with some power smashes but it was not enough. He and Zhang were caught out and unaware too many times – a day late and a dollar short, so the saying goes.

It just wasn’t to be for them. Indonesia would have their revenge – running rampant from 10-10 in the first game and seizing the lead from the outset in the second; joyful throngs of flag-waving supporters enjoying the spectacle from the stands.

“It’s an extraordinary feeling to win seven titles. It’s the second hat-trick of the year for us. It’s really special,” said 22-year-old Sukamuljo.

“We controlled the match from the start. We lost in the preliminary round but we learnt our lesson and that’s why we were aggressive from the start. As we were going on court I told myself ‘this is the last event in Dubai so don’t waste this chance’.” 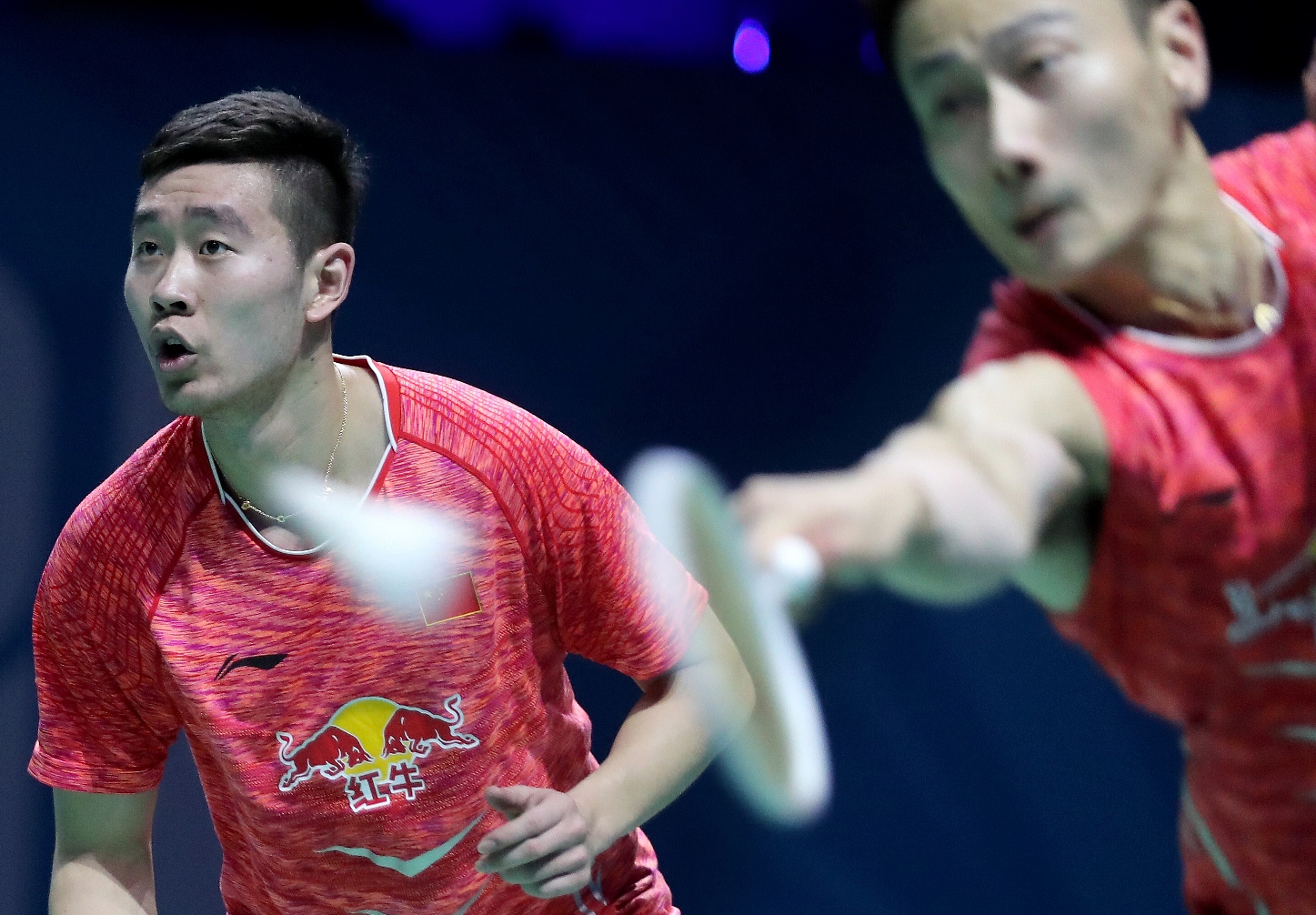 His 26-year-old partner shared the physical adversity which he faced over the past few days.

“The pain was really intense from my neck to my hip and I had to do a lot of therapy. But this is the last Superseries Finals in Dubai and I didn’t want to miss it so I gave it 100 per cent. I am so happy now,” said Gideon, who struck the last three winners to seal the deal.

Meanwhile, Zhang Nan congratulated the winners on a superior performance, citing the Indonesians’ speed and consistency as key factors.

“We did not play as well as they did but we will be back next year. I enjoy playing them. It’s a challenge and Liu Cheng and I hope to do better.”

China did have reason to celebrate elsewhere as Zheng Siwei and Chen Qingchen kept their Mixed Doubles kingdom intact, by retaining the title they won last season in Dubai. 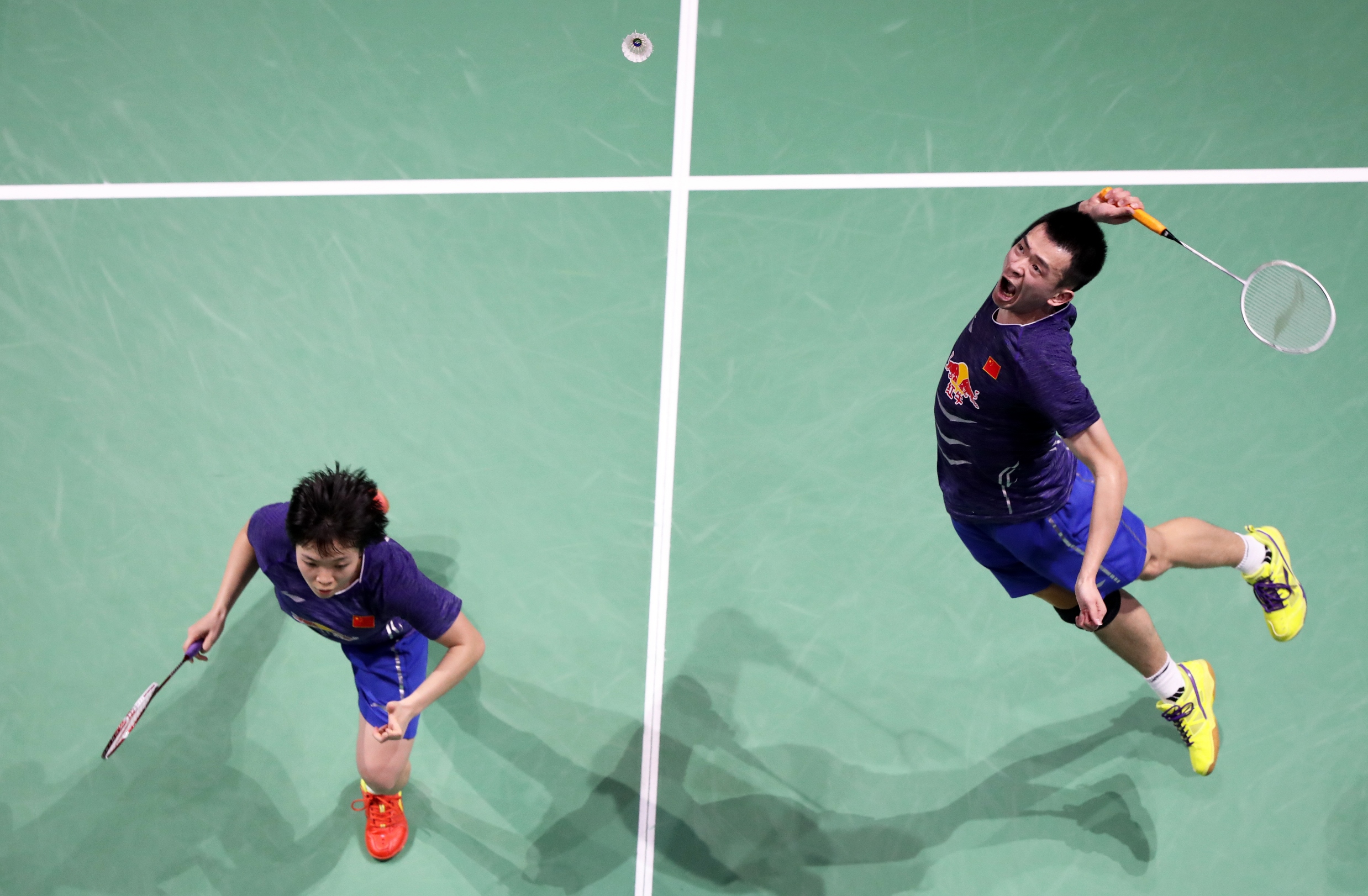 Tested in both games by Finals debutants, Tang Chun Man and Tse Ying Suet, the defending champions found another gear just at the right moment to manoeuvre to a 21-15 22-20 victory. Thumping well-placed thunderbolts from deep, Zheng targeted Tse who was helpless in defending against such power and precision.

The Hong Kong challengers earned a game point in the second game but this was quickly snuffed out by China before Zheng smashed to bring up match point. Chen then directed a crisp shot towards Tse which the left-hander parried wide to spark celebrations on the opposite side of the court.

“We have always enjoyed playing together and this was an important match for us. We are pleased to win again in Dubai,” said Zheng who is now partnering Huang Yaqiong.

There was little to suggest the result would be otherwise as Tanaka and Yonemoto held the upper-hand throughout. It was a fantastic conclusion to the week which began with them losing their opening match but rebounding to oust last season’s Dubai champions, Chen Qingchen/Jia Yifan, in theit last round-robin match.

“It’s an honour to play in Dubai for the first time and to win. We have had a good year and we have learnt a lot. We hope this will lead to a great year in 2018,” said Yonemoto. 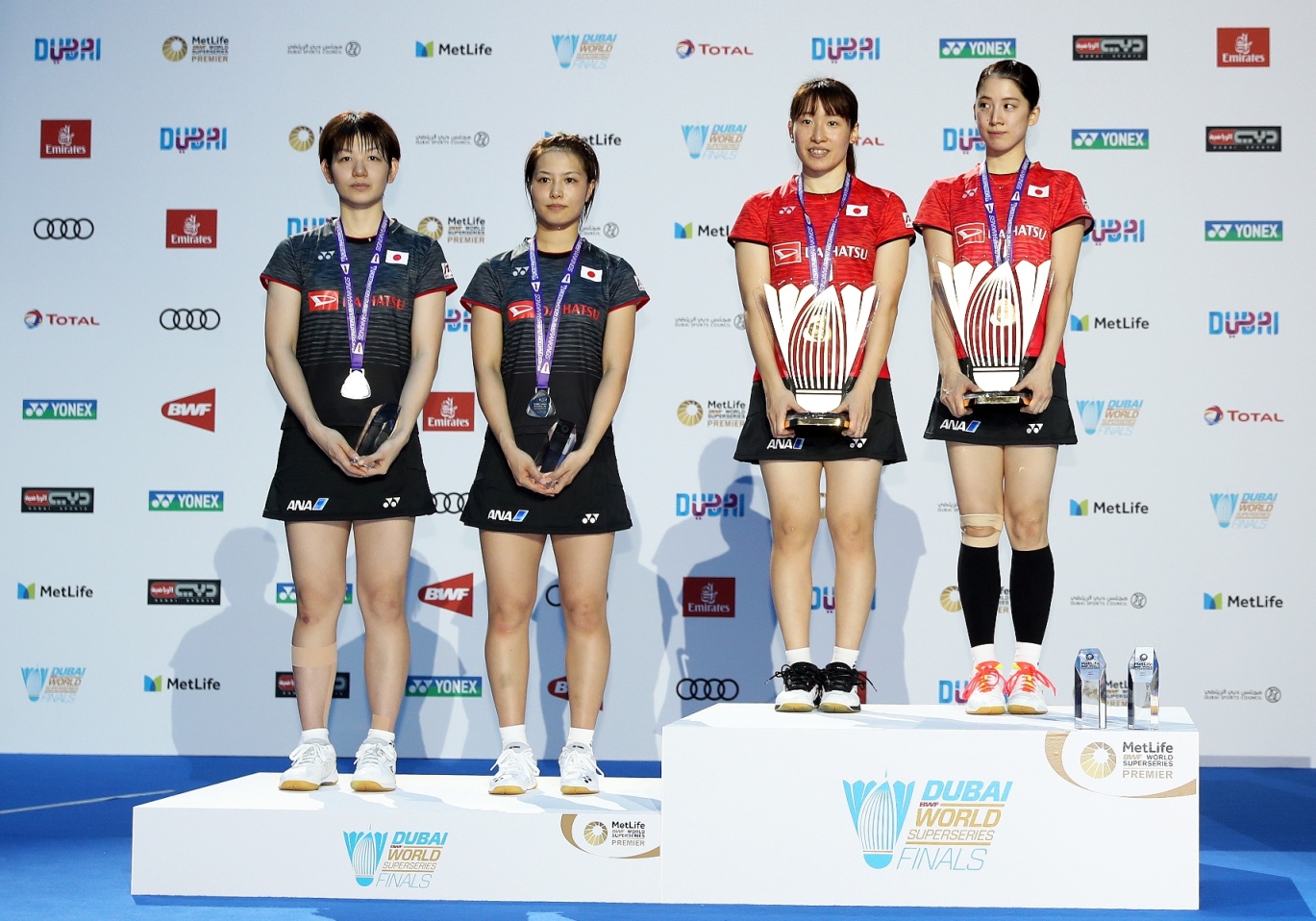