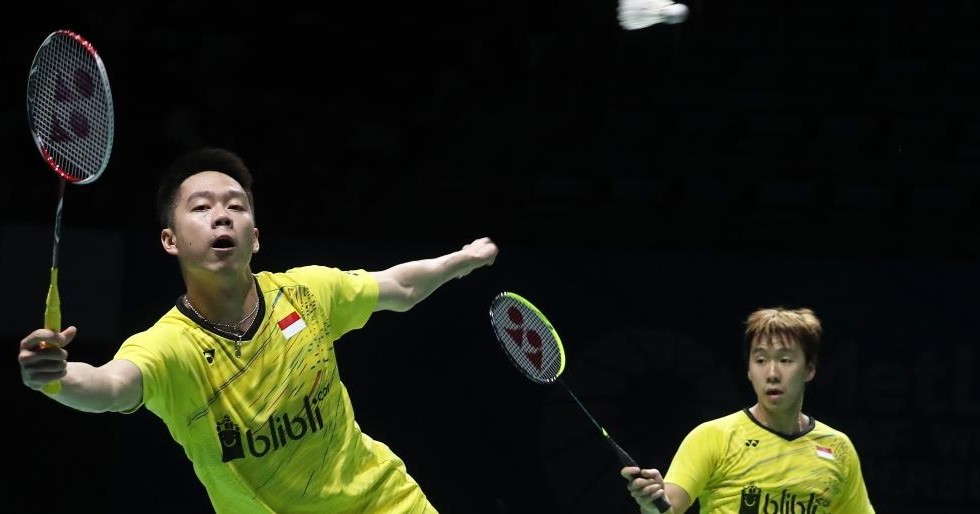 It was not always pretty but Viktor Axelsen kept his hopes of second successive Dubai World Superseries Finals title alive this evening, resisting a dogged challenge from Chou Tien Chen in their last round-robin match.

His 21-16 14-21 21-15 triumph secured his semi-final berth in the Men’s Singles competition of the million-dollar season finale which he won a year ago but the imposing Dane acknowledged it was a patchy performance. 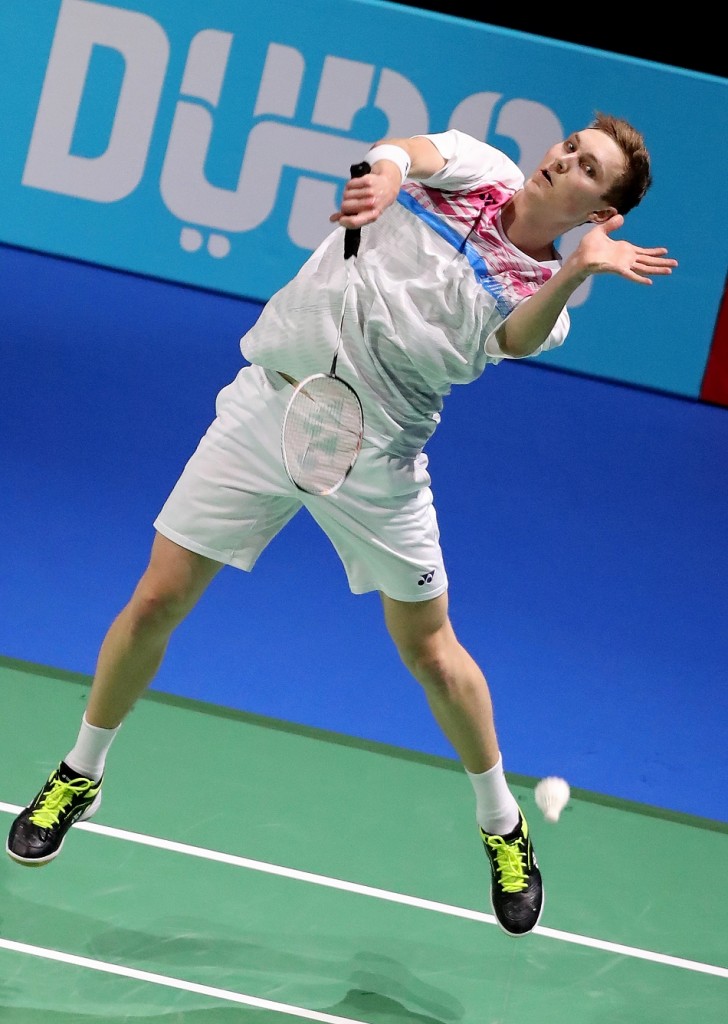 “I didn’t start well but I managed to step up at the end of the first game. I am happy about that. However, we were both up and down. Physically, I didn’t feel really good so I am happy to be through,” said the 23-year-old world No.1 player.

Essentially a knockout battle, the Group B encounter swung one way, then the next and back as both athletes struggled for consistency, fluctuating from a string of amazing strokes to erratic and uncertain patches. Having carved out a 15-10 lead in the opener, Chou hit one of these downward slides in the first game as Axelsen rose to attacking prominence at just the right time to snatch the advantage. In the second game, the reverse was in effect as Axelsen withered away from 11-7 up; his Chinese Taipei rival producing an array of winners to level the match.

Axelsen surged to the front early in the decider, changing over with a four-point lead. He lengthened that to 13-8 when a call by the umpire – that the shuttle was ‘dead’ before Axelsen touched the net – brought the match to a brief stalemate with Chou inconsolable about the decision. However, gentlemanly Axelsen deliberately gifted the next point to his opponent to right the situation as spectators applauded loudly. His sense of fair play, though, did not prove costly as the defending champion rattled off another burst of points to close the proceedings.

“I was ahead 15-10 but then Viktor played very well and didn’t give me many chances. It was a good match and I gave my best,” said 27-year-old Chou, lauding Axelsen’s sportsmanship in the third game.

Meanwhile, China’s Shi Yuqi topped the group with an unblemished 3-0 record, beating Kidambi Srikanth, 21-17 19-21 21-14; the Indian star ending the year disappointingly, having lost every match in Dubai. In Group A, Lee Chong Wei inexplicably capitulated from 16-6 in the second game – having wrested the first – to be beaten 13-21 22-20 21-15 by Korea’s Son Wan Ho. The result left Hong Kong’s Ng Ka Long out in the cold in the three-man cluster (with Chen Long having withdrawn), despite his win over Son yesterday.

In Men’s Doubles, Marcus Fernaldi Gideon/Kevin Sanjaya Sukamuljo (featured image) stayed in contention with a gritty 19-21 21-16 21-18 victory over Li Junhui/Liu Yuchen of China to reach the semi-finals. It has not been the best of weeks for the well-oiled Indonesian machinery but the dynamic duo has found a way to survive, even with Gideon being hampered by a troublesome strain down his left side from his neck to his back.

Having done the necessary to remain relevant, Sukamuljo sounded an ominous warning for other pairs still standing.

“The semi-finals is not enough. If we can get more, of course we want more!” declared the 22-year-old, Gideon – with protective kinetic tape on his neck and back – nodding in agreement. 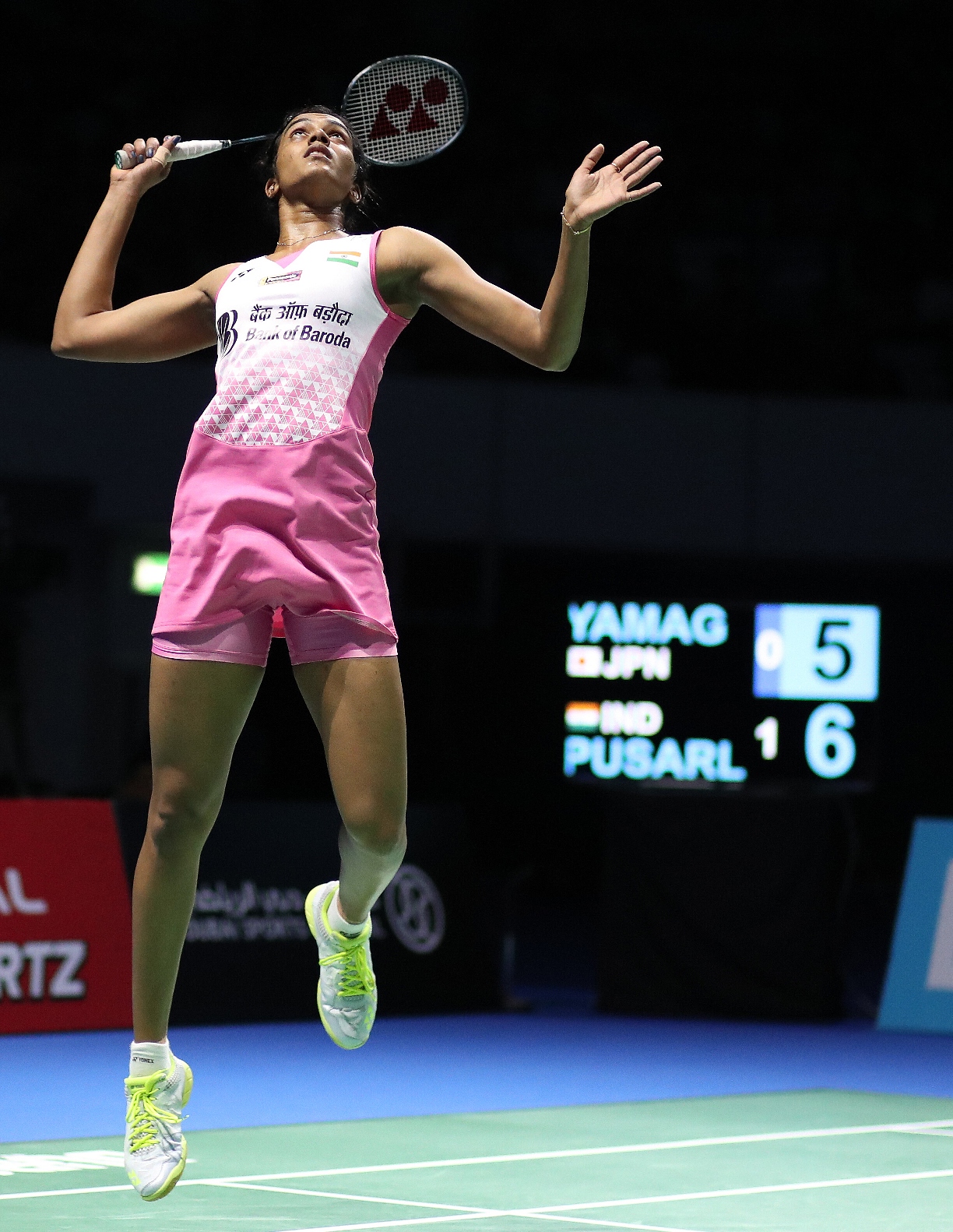 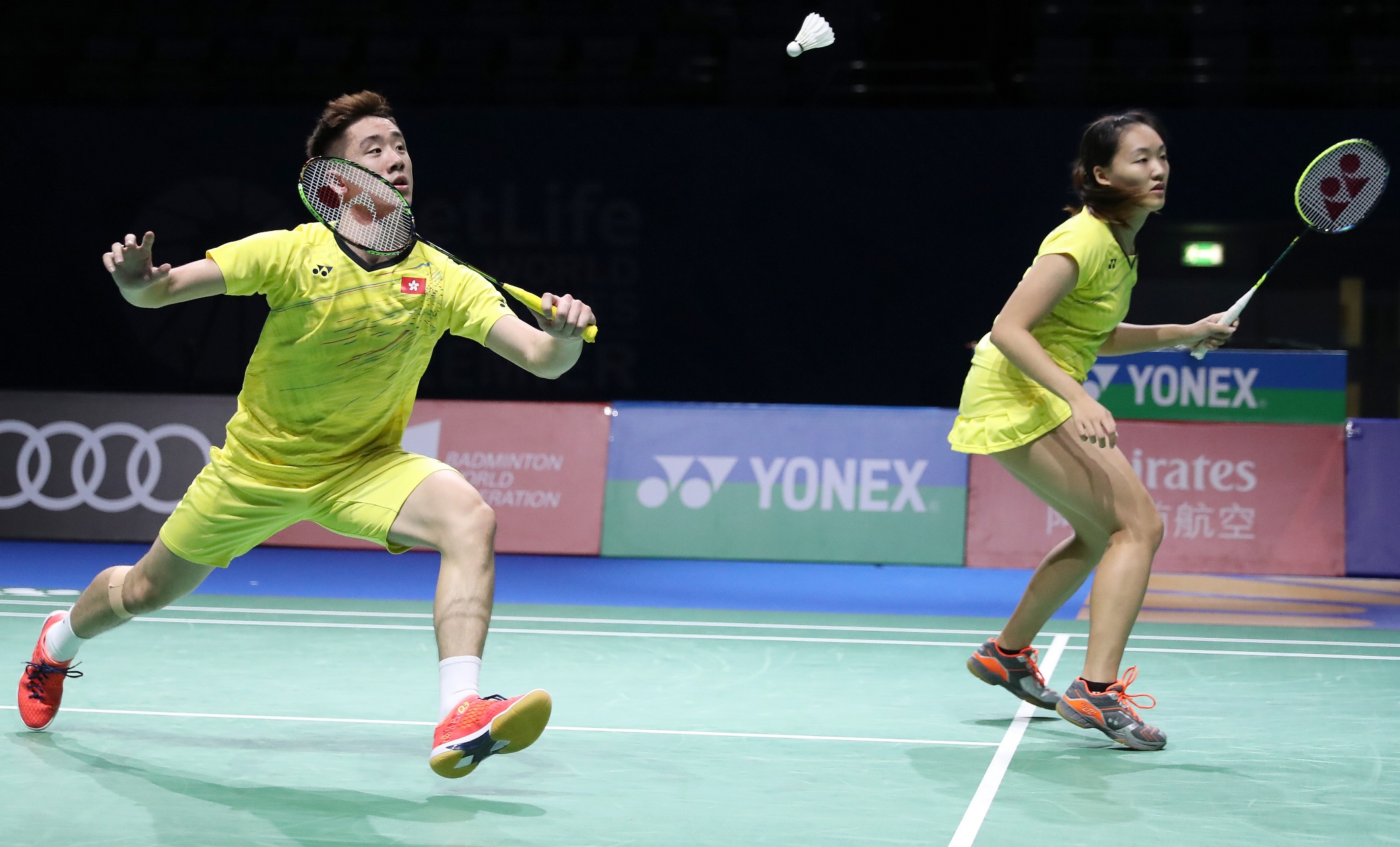