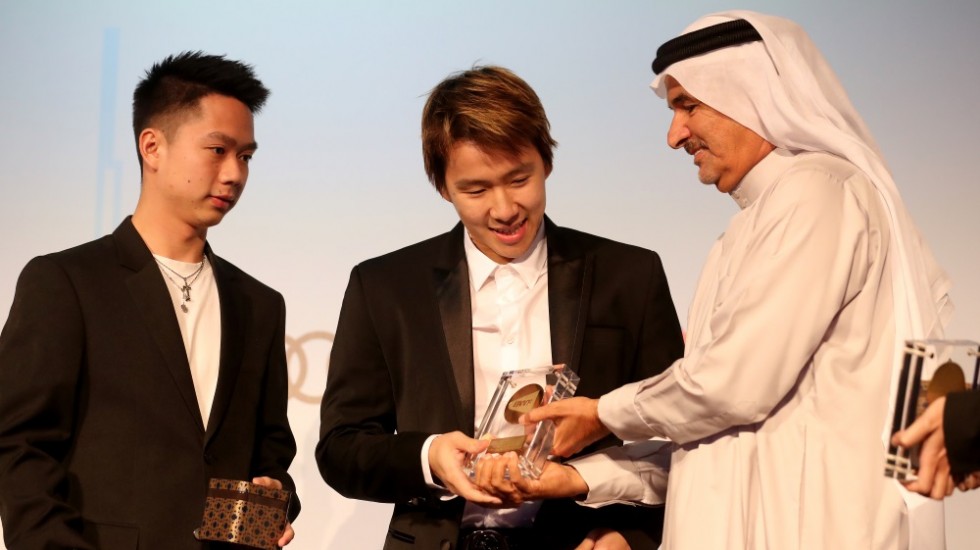 Indonesia’s Marcus Fernaldi Gideon/Kevin Sanjaya Sukamuljo and China’s Chen Qingchen walked away with the Player of the Year honours in the male and female category respectively at the Players’ Reception and Gala Dinner in Dubai last night. 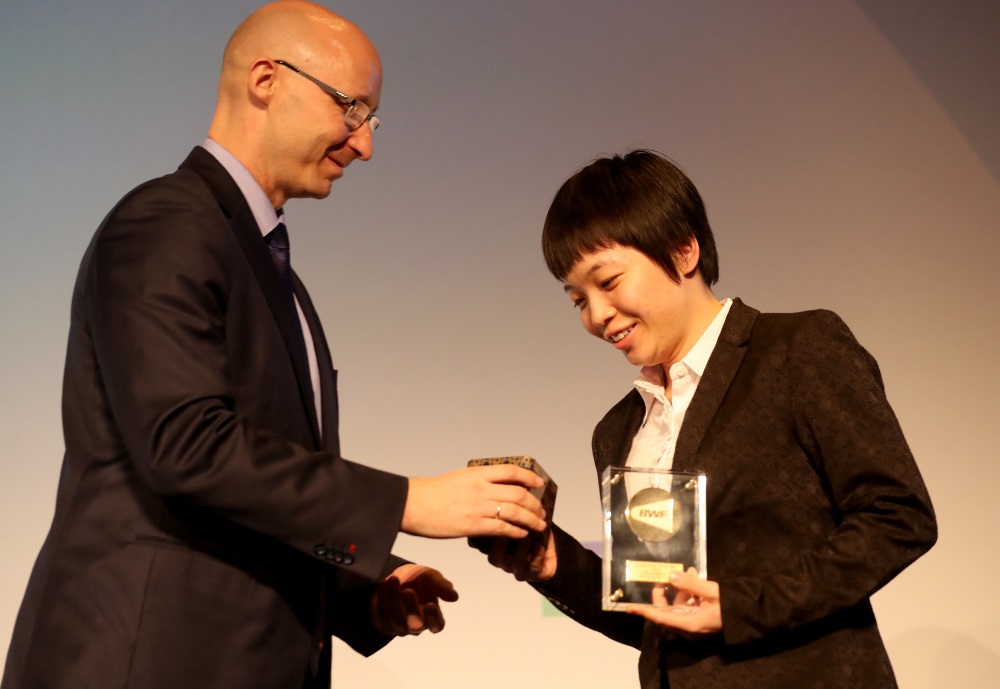 The Indonesians (featured image), winners of six World Superseries titles this year, won the vote of the Awards Commission ahead of three other nominees – Denmark’s Viktor Axelsen, India’s Kidambi Srikanth and China’s Zheng Siwei. The awards recognise the year’s most outstanding players and are held on the eve of the Dubai World Superseries Finals.

“It’s not often that doubles players get the attention ahead of singles, so it was unexpected,” said Sukamuljo. “We’ve had a good year, and we will take this as motivation to get better.” 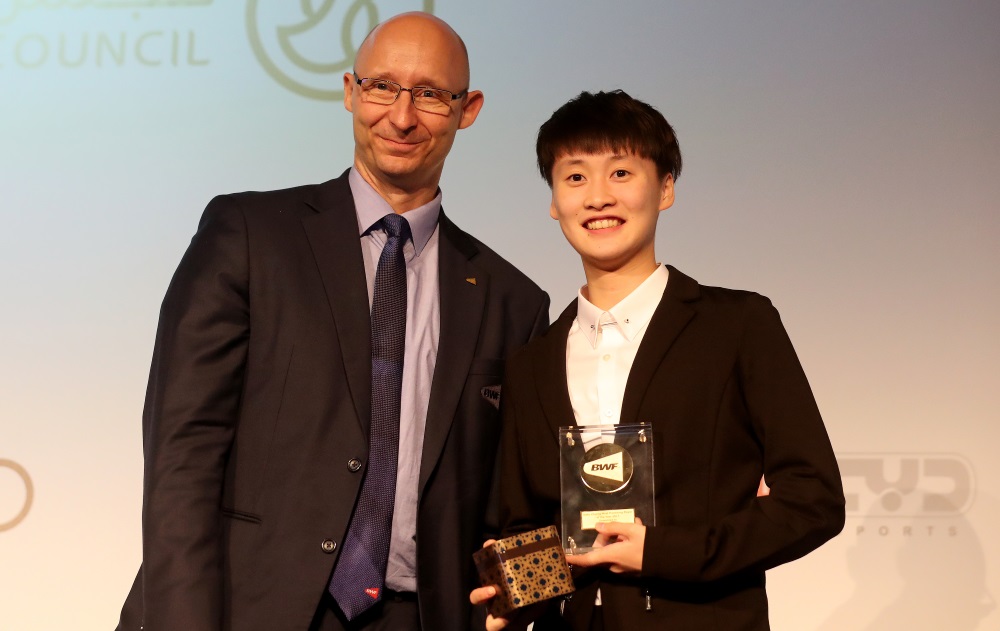 “It was a big surprise – I thought Tai Tzu Ying would get it,” said Chen. “It is a big honour and I’m delighted. It’s an award all players want to win. At the beginning of 2017 I never thought I would do so well; I will try to maintain the momentum.” 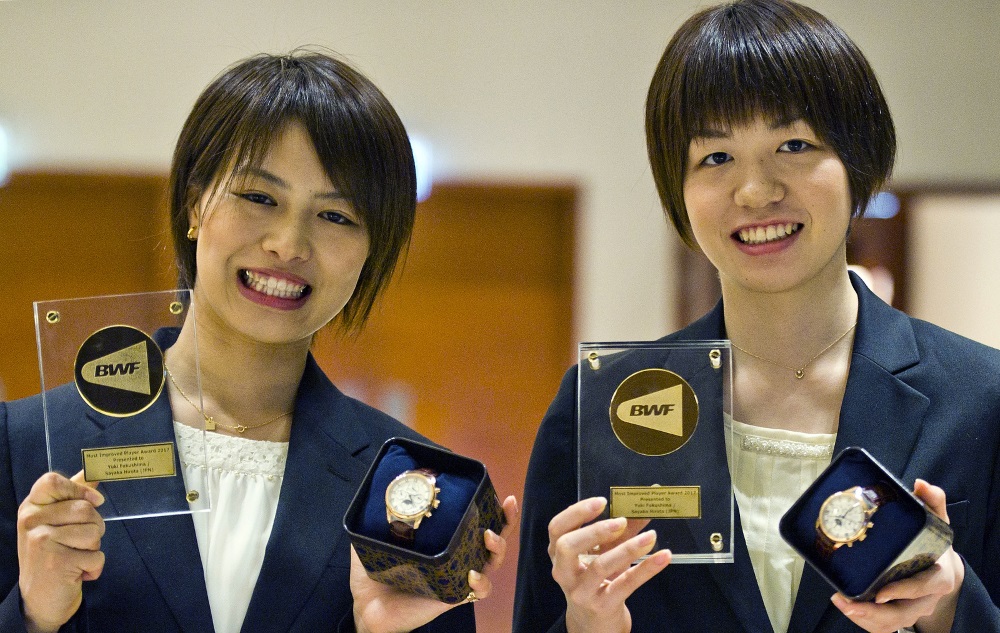 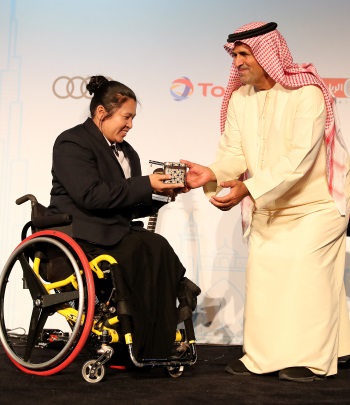 “I’m very happy; it’s a recognition of my efforts,” said Chen. “I transitioned well from the junior level to the senior as I focussed on taking one step at a time. I’m trying very hard to get better. There is the pressure of following in the footsteps of my accomplished seniors, but I’m trying my best.”

Japan’s Women’s Doubles pair Yuki Fukushima and Sayaka Hirota were named the Most Improved Player of the Year, which is a special direct award from the Awards Commission.

The two young Japanese were startled when their names were announced and took a while to come to terms with it.

“We’re quite surprised to get it!” said Hirota. ”It’s a big honour and we are thankful. We’ve had a good year, but we want to remain consistent and we want to keep evolving our game as we should not become predictable.”

“This is a great recognition of my efforts,” said Wetwithan. “This award will be a boost not only for para- 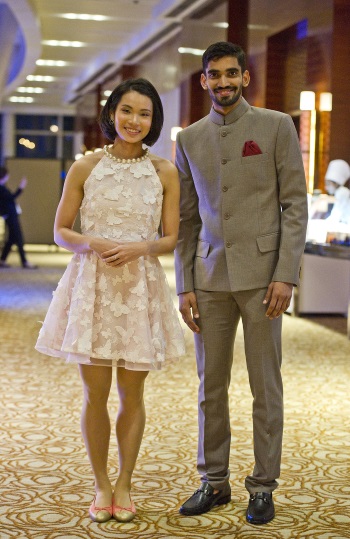 badminton, but for all para-sport in Thailand. Last year I was a contender for the award but could not get it. This year my achievements were better, so I’m very proud.”

With the players turning out at their best, there were awards for the Best Dressed Male and Female Player. India’s Kidambi Srikanth and Chinese Taipei’s Tai Tzu Ying caught the eye of the jury.

The evening’s festivities began with a sand artist depicting the evolution of culture and sport in Dubai, and celebrating the rise of badminton in the region. Dubai Sports Council Secretary General H.E. Saeed Hareb welcomed the gathering of elite athletes and anticipated five days of brilliant action.

“Since its first edition in 2014, the Dubai World Superseries Finals has constantly set new standards. In terms of organisation and presentation, it is second to none and we can all be proud of the legacy it has established – hosting the world’s best players in a world-class setting for badminton; the rapidly increasing attendance and spectator interest; and not least, the growth of badminton across the region,” said Lund.

While admitting that he was “a little sad” that this was the final edition of the Dubai World Superseries Finals, Lund added: “I can assure you that badminton has a great future in the UAE and we anticipate its continued rise in these parts under the guidance of the UAE Badminton Association.”