The Indonesian stopped the 2015 silver medallist with an attacking display that gave no room for Mroj to wriggle out of. Nugroho closed out the match 21-12 21-12 in just 25 minutes to set up a title clash against defending champion Cheah Liek Hou (Malaysia), who beat Japan’s Taiyo Imai 21-14 21-8.

Nugroho (featured image) will look to better his 3-6 overall record against the Malaysian when they face off tomorrow.

“I’m very happy,” said the Indonesian, who trains in Solo and is a fan of Taufik Hidayat. “I’ve been training for only one week as I was earlier at the Asean Para-Games in Malaysia. This is my first World Championships. I didn’t have the opportunity of participating earlier, and I’m very happy as I was hoping to make the final.” 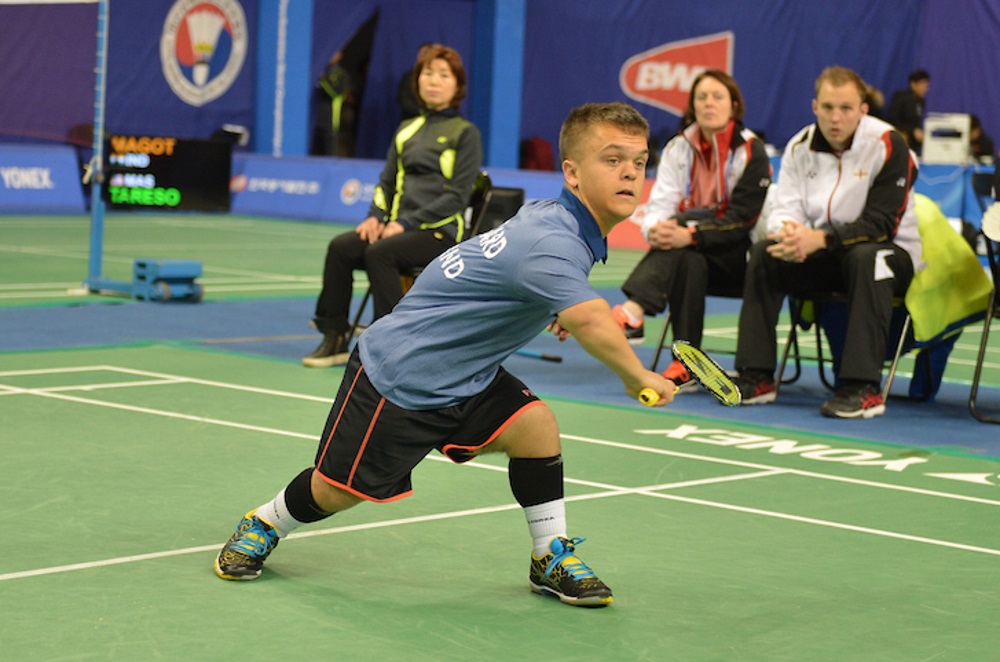 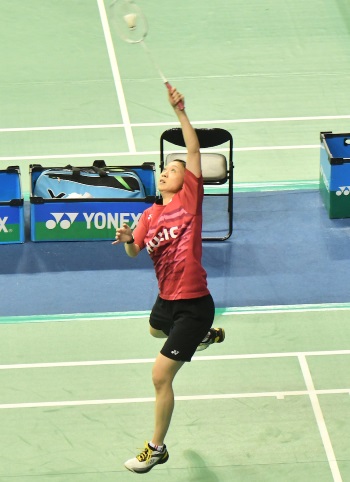 players have beaten him; you have to play well to beat him. My plan was to stick to the conditions in the hall, and keep my error count down.

“To be in the final is a dream, playing the sport I love. I can’t wait until tomorrow. I hope to come out on top, to be the reigning World champion in the run-up to the Olympics. This is my third World Championships; I was in the semi-finals the last time. So it is a great step forward.”

His compatriot and Men’s Doubles partner Krysten Coombs had to struggle harder against Hong Kong’s Wong Chun Yim. Having lost a close first game, Coombs never let off the pace; a strong start in the decider gave him the cushion he needed to craft a 19-21 21-17 21-16 victory.

“It’s awesome, we train together every day; it’s good that we are in the final,” said Coombs. “The first game just went so quick. I had to get focussed. The lead in the third was massive, especially going with the drift, I was 11-2. The final will be a great game, it’s always been great between us. We’ve played each other in the finals of the last three international tournaments.”

In the Women’s Singles SU 5, top seed Ayako Suzuki fought off a strong challenge from Denmark’s Catherine Rosengren (22-20 21-17) to make the final, where she will face China’s Yang Qiuxia. The Chinese prevented an all-Japanese final beating second seed Mamiko Toyoda 21-11 21-13. The Indonesian takes on another Indian, Manoj Sarkar, in the final.

Women’s Singles SL 3 will be a contest between Indonesia’s Leani Ratri Oktila against China’s Cheng Hefang. Oktila held off compatriot Khalimatus Sukohandoko 21-14 21-9, while Cheng had a straightforward 21-10 21-12 result over compatriot Ma Huihui.

China enjoyed a good day, with several of their players chalking up wins. The Women’s Singles Wheelchair (WH 1) will be an all-Chinese affair with Zhang Jing beating second seed Son Ok Cha (Korea) and Li Hongyan getting the better of Thailand’s Sujirat Pookkham.

There were upsets in both WH 1 and WH 2 of Women’s Singles. Switzerland’s Karin Suter-Erath, Female Para-Badminton Player of the Year in 2016, fell in the quarter-finals to Korea’s Son Ok Cha. WH 2 top seed Amnouy Wetwithan (Thailand) went down in a thriller to China’s Xu Tingting; the Thai saving three match points but falling in the fourth: 21-13 17-21 23-21, enabling Xu to set up a title clash with compatriot Liu Yutong.