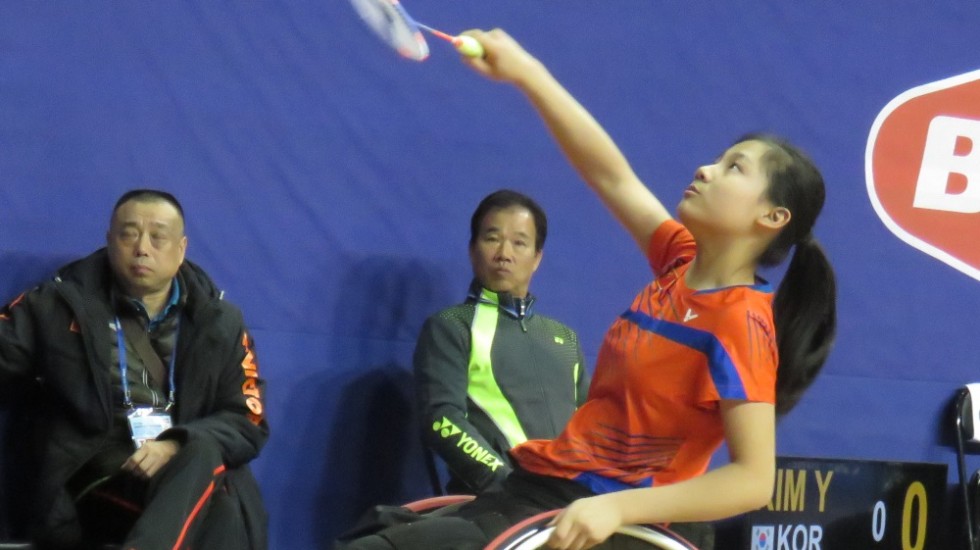 Liu overwhelmed Seckin – who won bronze in 2015 and silver in 2013 – in just 22 minutes as she stayed in sight of a double title. Liu and compatriot Zhang Jing made the last-16 of the Women’s Doubles (WH 1-2) as they topped Group F with an all-win record in their three matches yesterday.

“I’m quite nervous as this is my first World Championships,” said Liu, who started playing badminton three years ago. 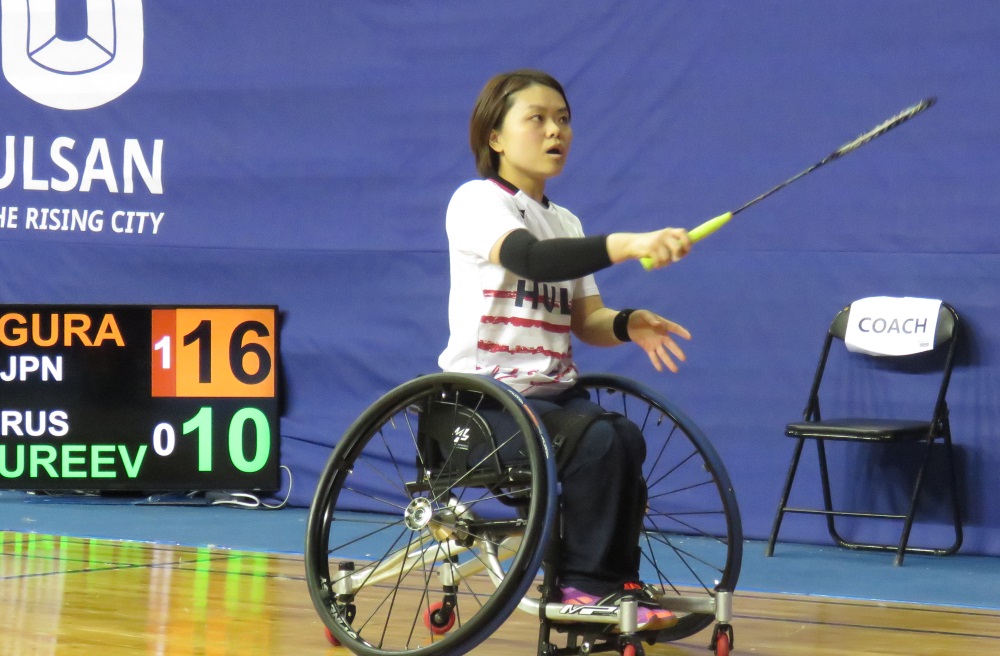 The 13-year-old however showed no sign of nerves, impressing the audience with her speed on court; she kept up the tempo even after she won the first game at eight, and Seckin was worn down by her opponent’s relentlessness, earning just two points in the second game. In the Men’s Doubles Wheelchair (WH 1-2) category, England’s Owen Kilburn and Gobi Ranganathan recovered from the loss of their opening match and clinched a spot in the Round of 16 with an exciting win over Turkey’s Avni Kertmen/Aslan Sahin. The first and third games went down the wire and the England duo edged past their opponents 20-22 21-11 21-19.

“It took us a while to settle down. You get nervous when you start seeing the finish line, and then you start rushing shots. It was just trying to stay relaxed, that was the hard part. The third game was quite close. We had a good lead at the changeover, but then it was hard to control the shuttle with the wind behind us, luckily we had enough of a cushion,” said Ranganathan.

The England duo face Thailand’s Chatchai Kornpekanok/Aphichat Sumpradit for a place in the quarter-finals. 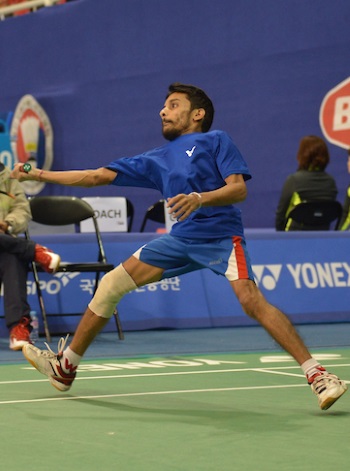 The qualifiers from Group F were decided on game difference after three pairs recorded two wins and a loss each. India’s Abu Hubaida/Suresh Kumar Karki beat China’s Yang Tong/Zhao Xin 18-21 21-12 21-17 but lost out on second place in the group to Japan’s Mamoru Oe/Tsutomu Shimada as they had lost three games to the Japanese’s two; both had won four games each.

In Men’s Singles Standing Lower (SL 3) category, top seed Pramod Bhagat eased into the quarter-finals with a 21-18 21-15 victory over Spain’s Simon Cruz Mondejar. The Indian will taken on 3-4 seed Daisuke Fujihara of Japan, who outlasted another Indian, Umesh Vikram Kumar, 21-8 19-21 21-10.

Second seed Manoj Sarkar, also from India, enjoyed a quick 21-11 21-8 victory over Scotland’s Colin Leslie; up next for him is Vietnam’s Pham Duc Trung.

In the Men’s Singles Standing Lower SL 4 category, the top two seeds Lucas Mazur (France) and Bakri Omar (Malaysia) advanced at the opposite ends of the draw. Joining them in the quarter-finals were India’s Sukant Kadam and Tarun Tarun; Thailand’s Chawarat Kitichokwattana and Siripong Teamarrom; Korea’s Shing Kyung Hwan, and Indonesia’s Fredy Setiawan.

In the Women’s Doubles Short Stature (SS 6) category, Sri Lanka’s Randika Doling and Peru’s Carmen Giuliana Poveda Flores made the semi-finals despite losing their final Group B match against Maria Bartusz (Poland) and Emma Farnham (Ireland). The Polish-Irish pair finished their group assignments with three wins out of three. They face Poland’s Daria Bujnicka/Oliwia Szmigiel, while in the other half, Doling/Flores take on England’s Rebecca Bedford/Rachel Choong for a place in the final.

In Men’s Singles SS 6, India’s Raja Magotra made the quarter-finals beating Russia’s Alexander Mekhdiev 21-13 21-13. Magotra is also in contention in the Men’s Doubles SS 6 with Mark Joseph Dharmai. The Indian pair face Luo Guangliang (China)/Bunthan Yaemmali (Thailand) for a spot in the semi-finals.