Some blockbuster semi-finals are in store for fans at the YONEX-SUNRISE Hong Kong Open 2017 tomorrow, following a day in which some of the season’s best storylines assumed new twists.

Perhaps the most compelling is the continued run of success by Marcus Fernaldi Gideon and Kevin Sanjaya Sukamuljo in Men’s Doubles. Brushing aside Malaysia’s Ong Yew Sin and Tan Wee Kiong (21-14 21-17), the Indonesian dynamos propelled to within one victory of an eighth final in the ten tournaments they have contested on this year’s MetLife BWF World Superseries tour – and hunting their sixth title.

“We played better compared to the last match. We were really into the match from the start and we understood the court situation, the drift etc. We don’t want to think about winning the title yet because we always face tough opponents. All the pairs in the top 20 are similar quality,” said 26-year-old Gideon in the aftermath of their quarter-final.

Trying to halt the top seeds’ progress will be towering Li Junhui/Liu Yuchen who have lost all three encounters against the ‘Mininons’ this season. The Chinese withstood a strong challenge from Russia’s Vladimir Ivanov and Iva Sozonov in the first game and blazed home comfortably, winning 24-22 21-11.

“Kevin and Marcus are the best pair and we want to play them. They beat us last week in China and we want to win this semi-final,” declared 22-year-old Liu.

Either Denmark’s Mads Conrad-Petersen/Mads Pieler Kolding or the rising Takuto Inoue/Yuki Kaneko of Japan will take the other place in the Men’s Doubles showpiece as the two pairs meet for the first time tomorrow. 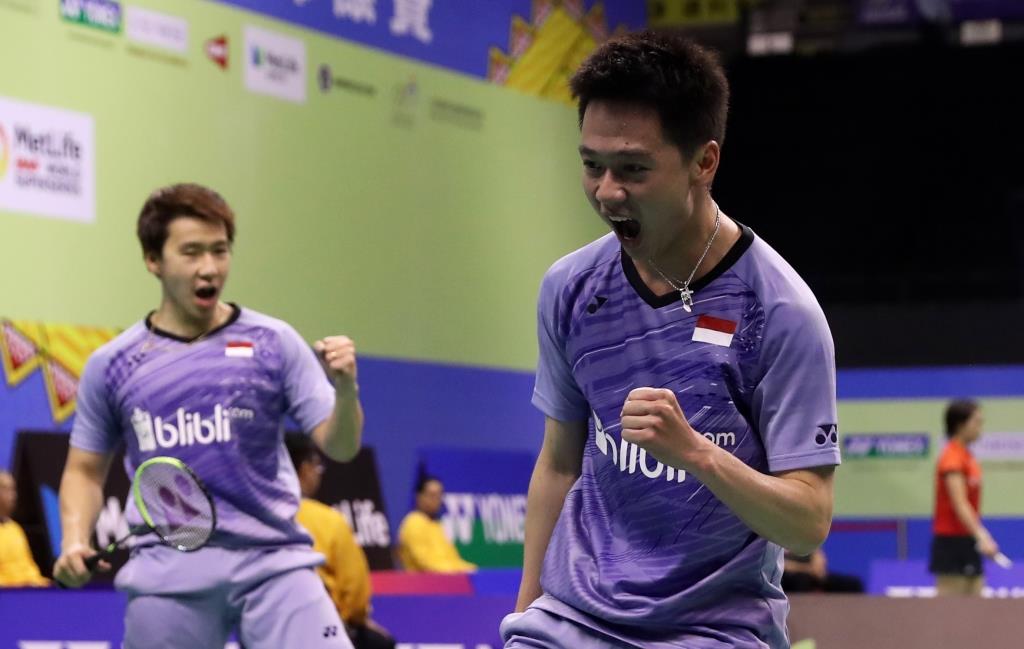 The Men’s Singles storyline features two seasoned stars against young players seeking to establish themselves in the top flight. Having demolished Korea’s Son Wan Ho (21-11 21-12) with some sizzling strokes, Malaysian master Lee Chong Wei will be up against Shi Yuqi. The latter put paid to fans’ hopes for another instalment of the ‘Lin Dan-Chong Wei’ saga, beating his Chinese elder, 13-21 21-17 21-15. Meanwhile, Resurgent Olympic gold medallist, Chen Long of China, tackles Danish youngster, Anders Antonsen, who has climbed to world No.13 this week. 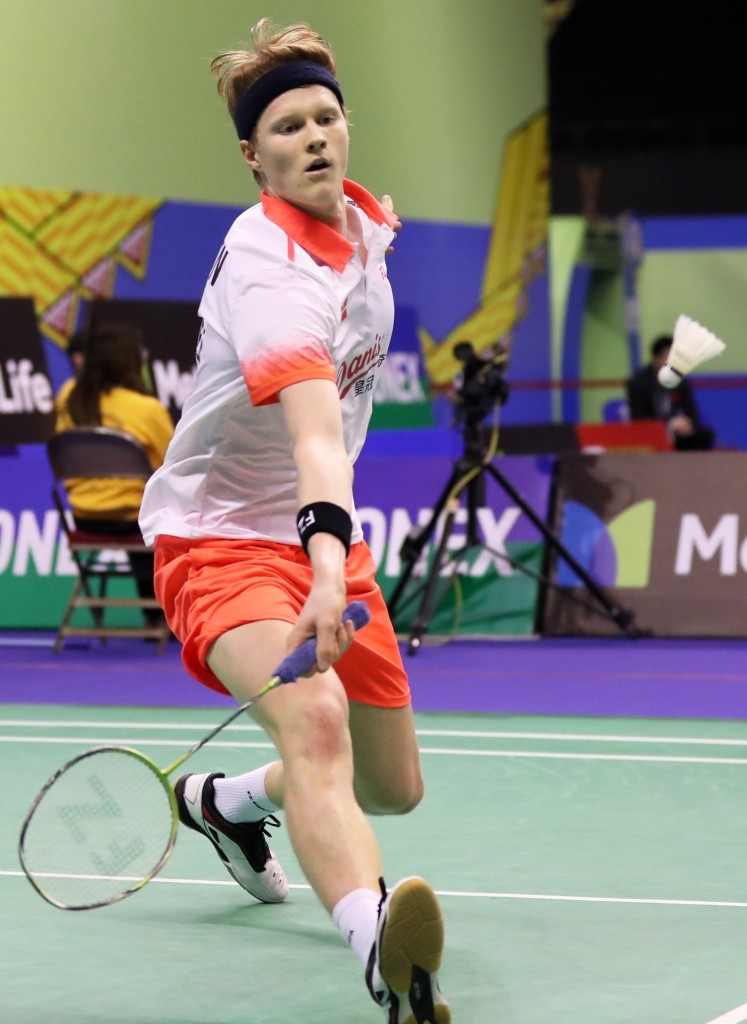 “We know each other well from our training. So, it was more important to prepare myself psychologically. The critical phase was 15-15 in the third game. I was able to focus and play well,” said Shi of outgunning the legendary Lin who erred repeatedly in the dying stage.

Women’s Singles – arguably the most intriguing category right now – brings together four top contenders who are currently No.2 to No.5 on the Destination Dubai Rankings, including defending champion Tai Tzu Ying who issued an ominous assessment of her form, having overcome a recent shoulder injury.

“I think I am getting better and better,” said the affable world No.1 after resisting ever-improving Chen Yufei’s quest for a decider. The Chinese led 20-18 in the second game only to see the Tai snuff out danger with a crisp smash followed by a deft drop shot. Errors by Chen hastened her demise; her 23-year-old Chinese Taipei rival prevailing 21-15 23-21.

Looking for her fifth Superseries crown in 2017, Tai will be buoyed by her 14-9 record versus semi-finals opponent, Sung Ji Hyun of Korea, and having triumphed in their last five matches. Sung beat China’s He Bingjiao (21-15 13-21 21-15) to reach her fifth Superseries semi-final this year. The other Women’s Singles is between two 22-year-olds – Pusarla V Sindhu of India and Ratchanok Intanon of Thailand (featured image) – who have not faced each other since April 2016, with Intanon having a 4-1 head-to-head advantage. She cruised through 21-14 21-16 versus Canada’s Michelle Li while Pusarla took down consistent Japanese, Akana Yamaguchi, 21-12 21-19, despite trailing 8-13 and 11-16 in the second game.

“It will not be easy against Ratchanok. At this stage, all matches are tough. If I can get to the finals – or even win – that would be good momentum going into the Dubai Finals,” said Pusarla, last season’s runner-up at the Hong Kong Coliseum. 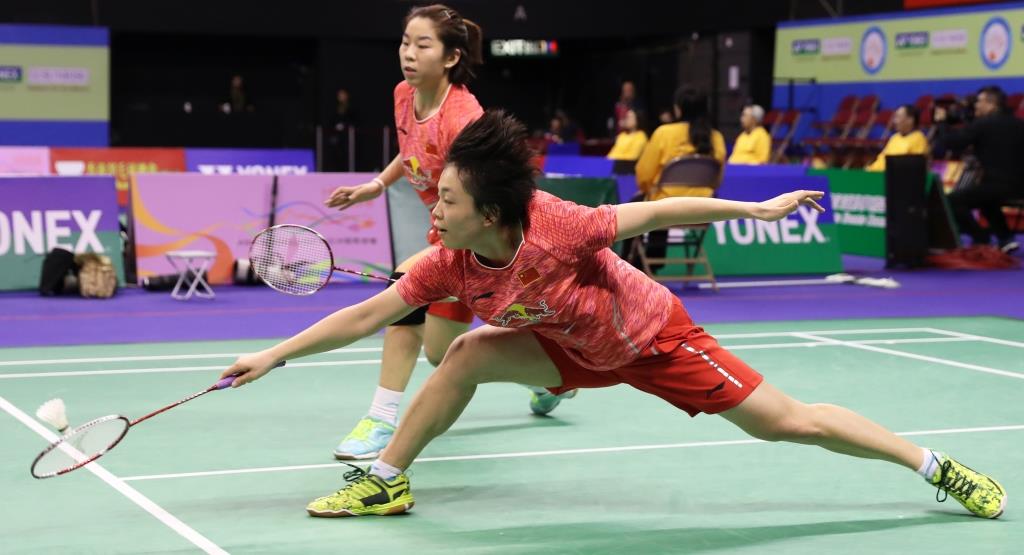 “We are really proud of this result. We have lost to Japan many times. They are strong and attacking so we decided to play soft and slower. Tomorrow, we will fight hard to get to the final,” vowed the Thai tandem.

While Chen Qingchen eyes her fifth Superseries honour of 2017, her team-mate, Huang Yaqiong, will be gunning for her sixth when she takes to the court in Mixed Doubles with Chen’s former partner, Zheng Siwei. They are pitted against Wang Yilyu/Huang Dongping in an all-China tussle. 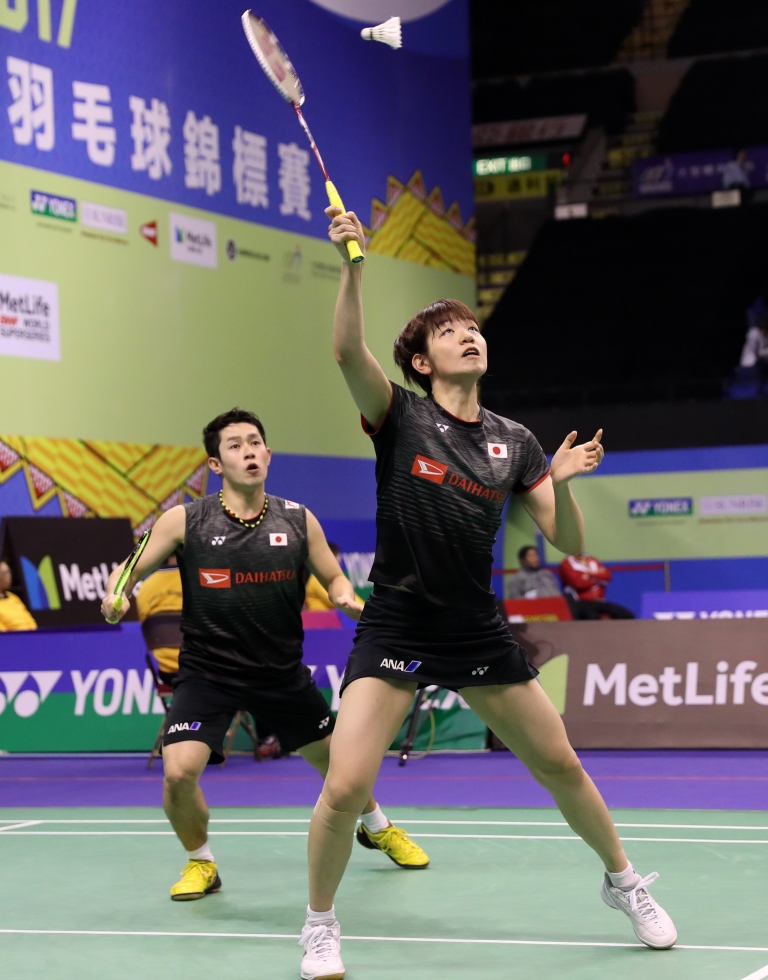 Withstanding opponents as well as fatigue, Denmark’s Mathias Christiansen/Christinna Pedersen are into the last four of Mixed Doubles for the second weekend in a row, having finished runners-up in China on Sunday. They play Japan’s Takuro Hoki/Sayaka Hirota in the semi-finals.