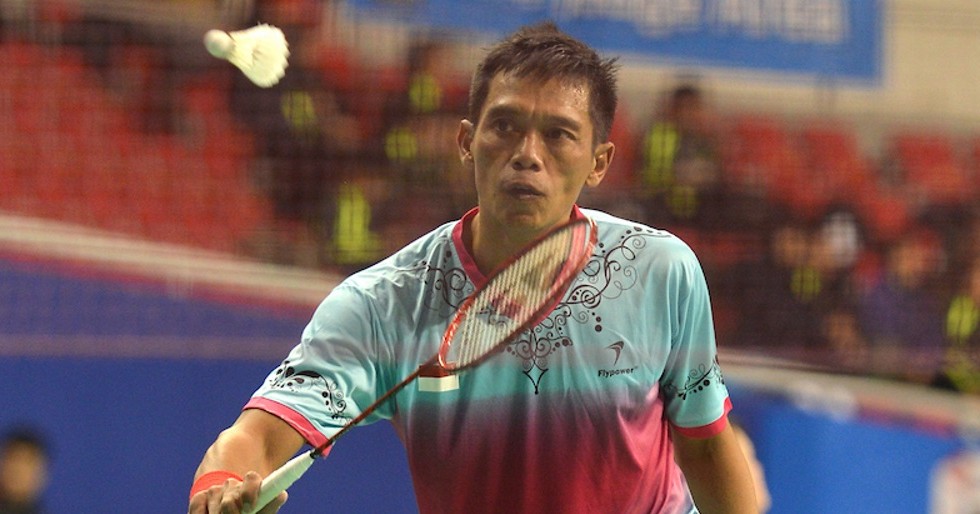 Krysten Coombs survived an inspired challenge from Raja Magotra to book his place in the Men’s Singles SS 6 quarter-finals of the BWF Para-Badminton World Championships 2017 yesterday.

The England player was in trouble against India’s Magotra, who had a lead of six points in the decider with the end in sight. The quick-moving Magotra caught Coombs with several sharp crosscourt drop shots and flicks to the deep. The Englishman however changed the pattern of play, drawing his opponent to the net; the change in tactics ruffled Magotra, who started to get jittery as his lead disappeared. Coombs took the match 21-16 18-21 21-19 and will head in to the elimination round as the top player from Group A. 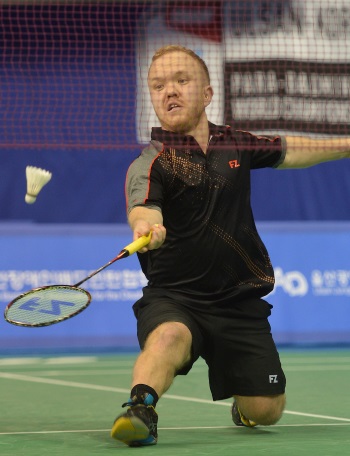 “I struggled to get into the game due to the drift,” said Coombs. “I was trailing by five or six points and caught up at 18. He’s a new opponent, never seen him before, and that made it difficult. He doesn’t play the SS 6 game, he’s a bit taller, has bigger reach. I was playing the SS 6 game too much and he was catching me out; he was playing across and pushing me to the back.

“This is my third World Championships. I have two bronze medals from the last two. For the gold – this is the one, I hope.”

In Men’s Singles SL 3 (Group D), Indonesia’s Ukun Rukaendi (featured image) got the better of third seed Daisuke Fujihara 21-18 21-15. The match, at 65 minutes, was one of the longest of the day, with each contestant testing the other in interminable rallies. What titled the match in Rukaendi’s favour was his greater risk-taking, as he attempted a few variations and stayed alert for the counters. Rukaendi’s 21-18 21-15 victory helped him qualify for the knockout stage as the top-ranked player from the group.

“I have beaten him thrice before, so I knew his style,” said Rukaendi. “This is my first World Championships – I’m proud and it’s like a dream come true. I started playing badminton when I was 17, it’s nearly 20 years now. I want to get the gold medal.”

Top seed and defending champion Pramod Bhagat (India) enjoyed a quick 21-7 21-14 victory over Korea’s Kim Chang Man to book his spot at the top of the knockout draw.

China had a great day with a number of victories. Among the most significant was the upset of MS SU 5 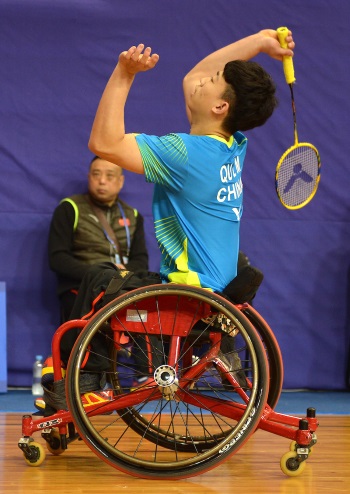