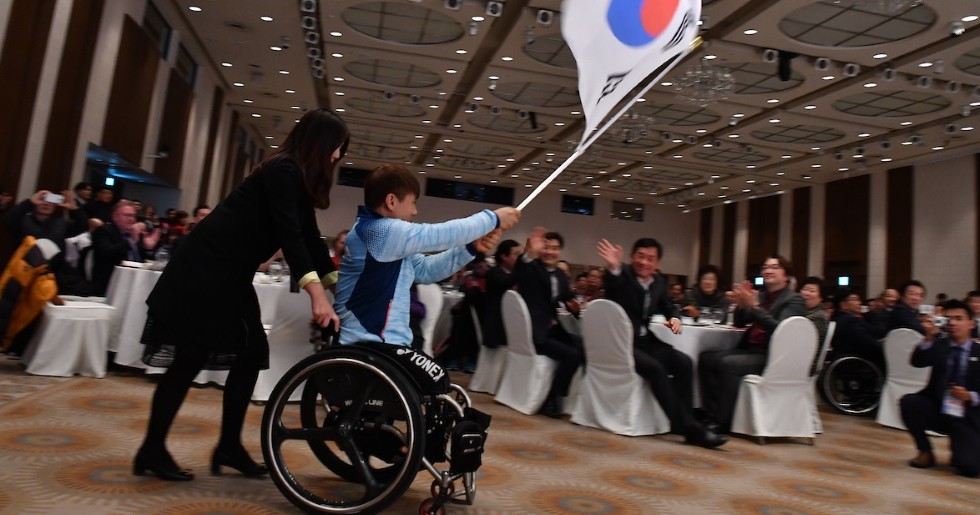 Ulsan laid out the red carpet last night for participants of the BWF Para-Badminton World Championships, treating them to a welcome gala hosted by the city mayor.

The 11th edition of the Para-Badminton World Championships, which will run from 22 to 26 November, is the biggest in history, with 268 athletes from 41 countries arriving in this South Korean city. BWF Vice-President – Para-Badminton, Paul Kurzo, was among the special invitees and congratulated the hosts on organising the event. Kurzo added that Basel, Switzerland, would be hosting the next Para-Badminton World Championships alongside the TOTAL BWF World Championships; the announcement was greeted with sustained applause by the gathering.

Mayor Kim Gi Hyeon wished the participants luck and hoped they would enjoy their stay in Ulsan, while Lee Myung Ho, President of the Korean Paralympic Committee, believed the athletes would compete in the highest spirit of sportsmanship.

Many of the athletes were thrilled by the scale of the event.

“I’m surprised by how big this event is, and I’m happy to meet everybody here,” said Ilisoni ‘Soni’ Tabua Tamata Mahe Niukapu (WH 2), Tonga’s only participant. “It’s my first World Championships. I’m trying to make it to the Tokyo Paralympics. I train three to four times a week, and I’m challenging myself to train harder. Badminton makes you healthy, because this sport is really fast and you have to move all the time.”

Pedro Pablo De Vinatea from Peru is in his fourth World Championships and was impressed at how much the event has grown.

“This (welcome gala) is innovative. I like it. It’s very important. It’s nice to meet players outside the Pan Am region as well. The level is the highest I’ve ever seen, but I’m confident of doing well,” said the Peruvian SL 3 player, who will be competing in two categories. USA’s Amy Burnett (WH 1) is in her first World Championships and said it was “overwhelming” for a lot of the participants.

“This is my first World Championships. I’ve only been playing eight months,” said Burnett. “I played badminton as a little girl when I could stand. Then at last year’s Olympics, I saw badminton on TV and I thought it was fascinating and got in touch with BWF.” Featured image: Korea’s flag-bearer is applauded by the gathering at the gala.