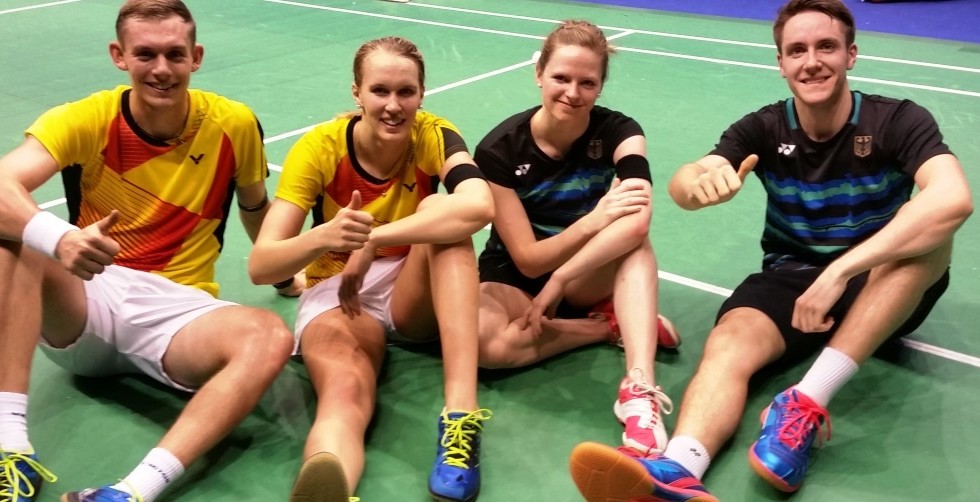 Germany enjoyed a good evening at the YONEX-SUNRISE Hong Kong Open 2017 today, with two of their pairs advancing to the Mixed Doubles second round while, by contrast, two high-ranked partnerships perished in the opening salvos.

Mark Lamsfuss and Isabel Herttrich held their nerves to cast aside No. 2 seeds, Praveen Jordan/Debby Susanto, despite trailing significantly in the

Rejoicing at their first success since reaching the semi-finals in Korea, Seidel said he and Efler played solidly and pressured their rivals in front court. Both 22-year-olds noted this drew a lot of mistakes from across the net.

Earlier, Lamsfuss and Herttrich withstood a fightback by Indonesia’s Jordan-Susanto combination to seize the honours, 21-15 21-19; progressing to a second-round clash with China’s He Jiting/Du Yue who triumphed tonight as well.

“I thought there was going to be a third game but I felt we had nothing to lose and it worked out well. Yes, a good day for Germany,” declared Herttrich, delighted to come back from deficits of 3-14 and 11-17 to clinch the second game.

Her 23-year-old partner shared a little of the successful tactics that toppled the Indonesians.

“I know he (Jordan) has a really hard smash so my goal was to keep the shuttle down and get on the attack because my attack is good as well,” said Lamsfuss who was so focused on today’s match that he had no idea know who they play next. 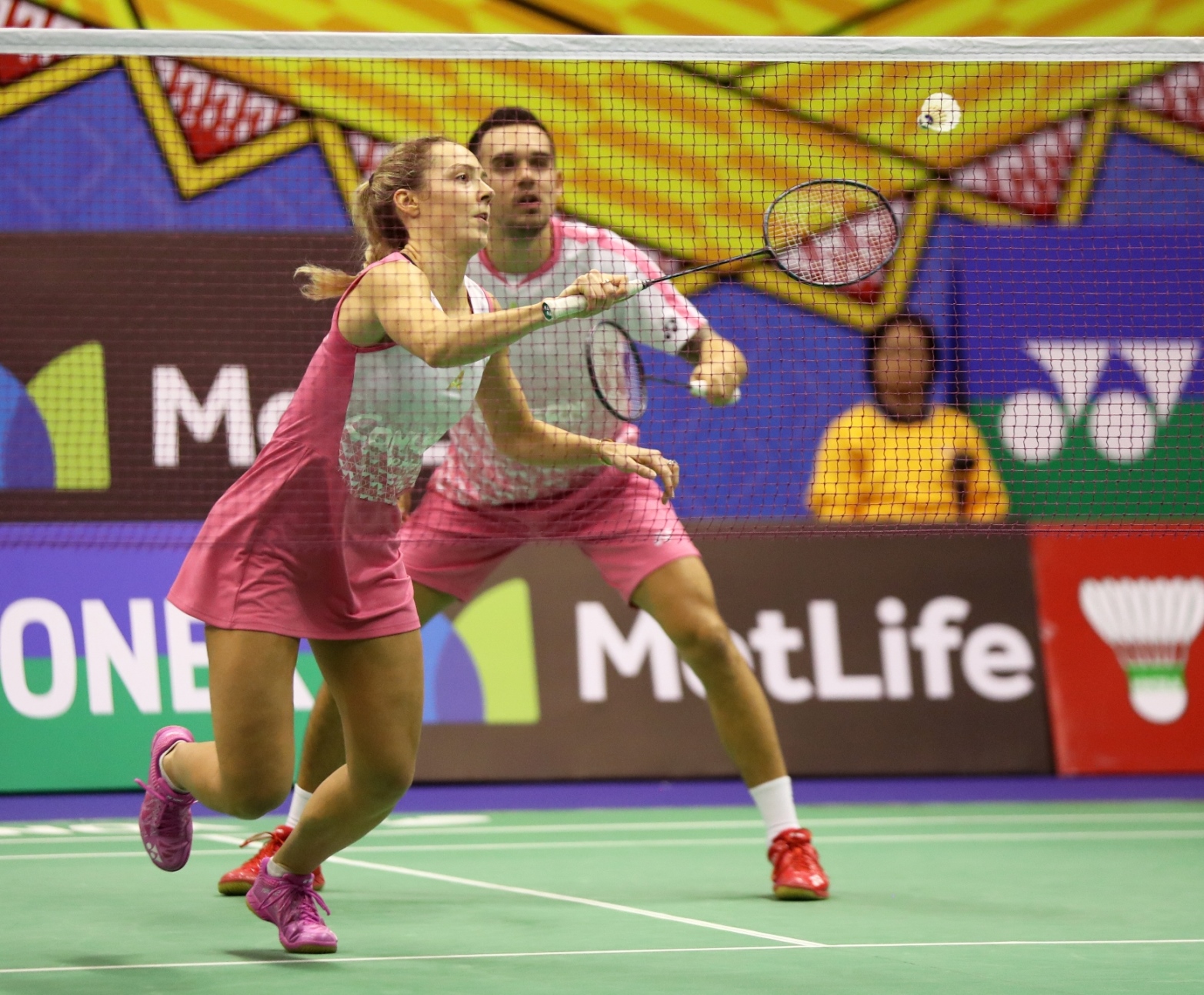 Elsewhere, Chris and Gabby Adcock suffered another early exit on the MetLife BWF World Superseries tour. The No.3 seeds from England lost to flourishing new duo, Mathias Christiansen/Christinna Pedersen, 21-12 21-19. Inspired by their recent runs to the semi-finals in Paris and to last weekend’s final in China, the Danes were pleased to get past the 2013 winners of this tournament.

“We are really focused when we are on court because playing together is not yet automatic for us. We knew some details about the Adcocks but the most important thing today was that we were both ready and we believe our game can challenge other Mixed Doubles pairs,” said doubles veteran 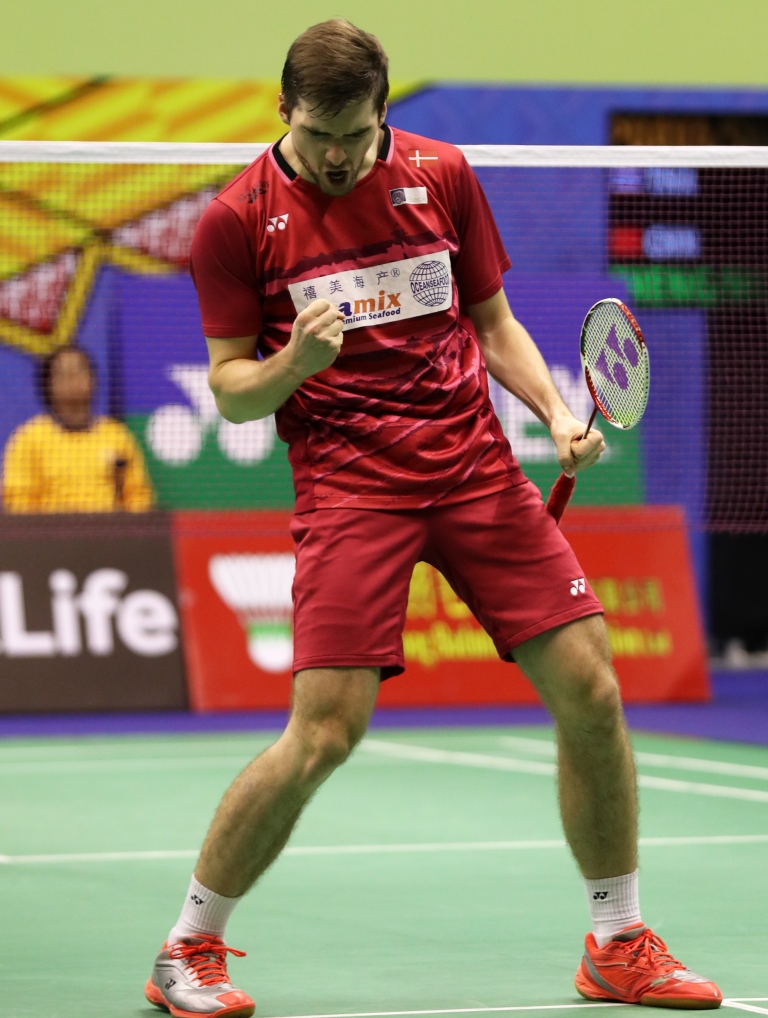 “We are looking forward to going on court again on Thursday. This is our last tournament this year so we want to give our best though we are a bit tired after a fantastic experience for Mathias in China. Let’s see how far we can go!”

Still getting accustomed to being at the business end of Superseries events, 23-year-old Christiansen is on a steep learning curve after hitting the headlines in France and Fuzhou.

“We were focused on performing well in this first round. I had never been in a final before China so adapting to playing on Sunday and now already playing on Tuesday – that was a new situation to handle. I am happy that we handled it so well against a world-class pair like the Adcocks,” he said.

A reflective Gabby Adcock assessed that it was a matter of fine margins in the second game which let them down.

“We came out quite slow, not at our sharpest. We built our way into it. Obviously they are a new pair and we didn’t know a lot about them, not having played them before. So, it took us a game to get into the match.

“I missed a net kill and some tight shots at the end. It’s frustrating that we couldn’t steal that second game after I felt we played our way into it.”

There was disappointment for home fans too as World Championship bronze medallists, Lee Chun Hei/Chau Hoi Wah, succumbed meekly (21-15 21-6) to Kim Won Ho/Shin Seung Chan of Korea while four Chinese pairs were all in winners’ row on the first night of action. 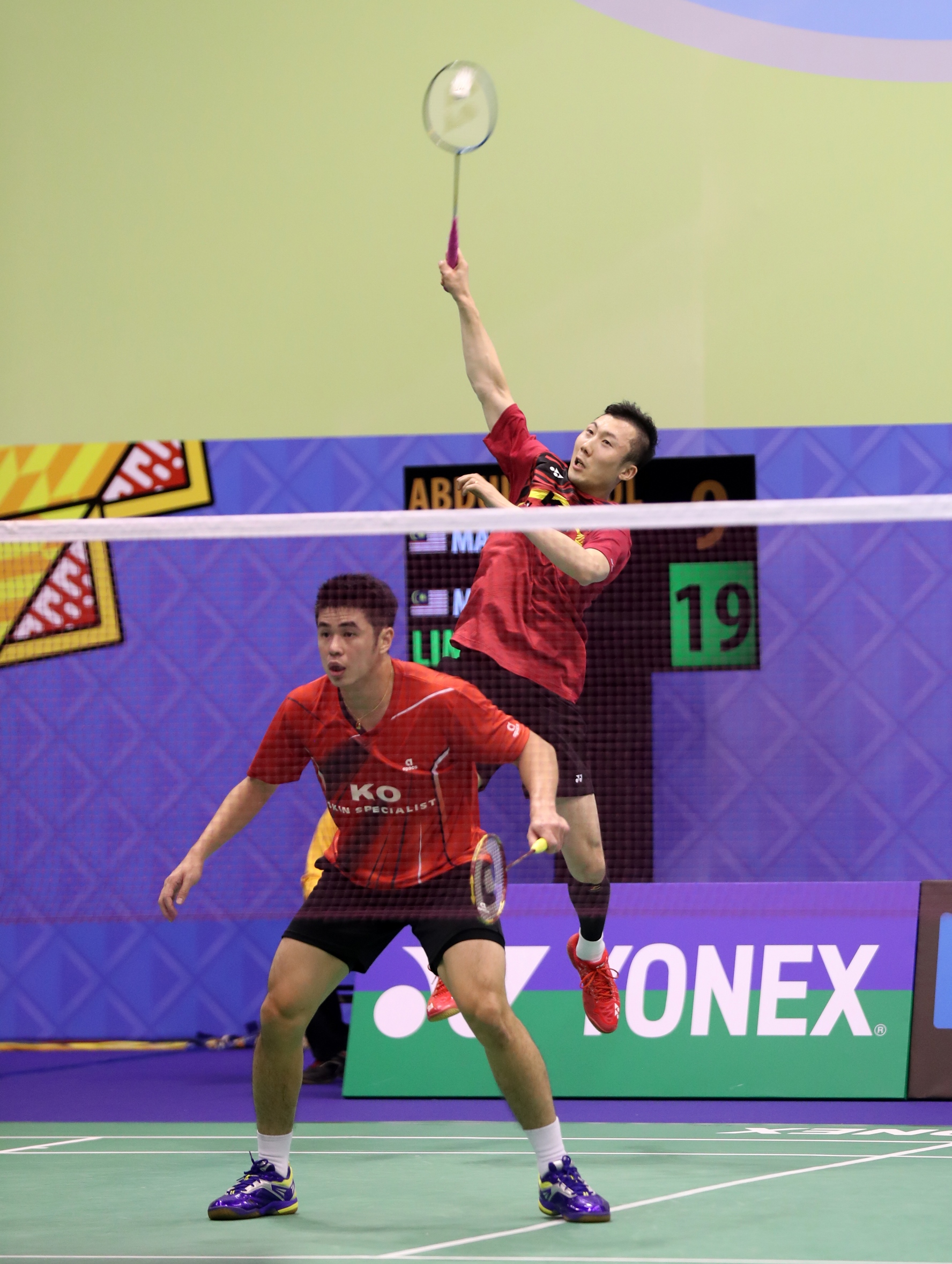 Meanwhile, the following players and pairs are through to the main draw, following today’s qualification rounds: