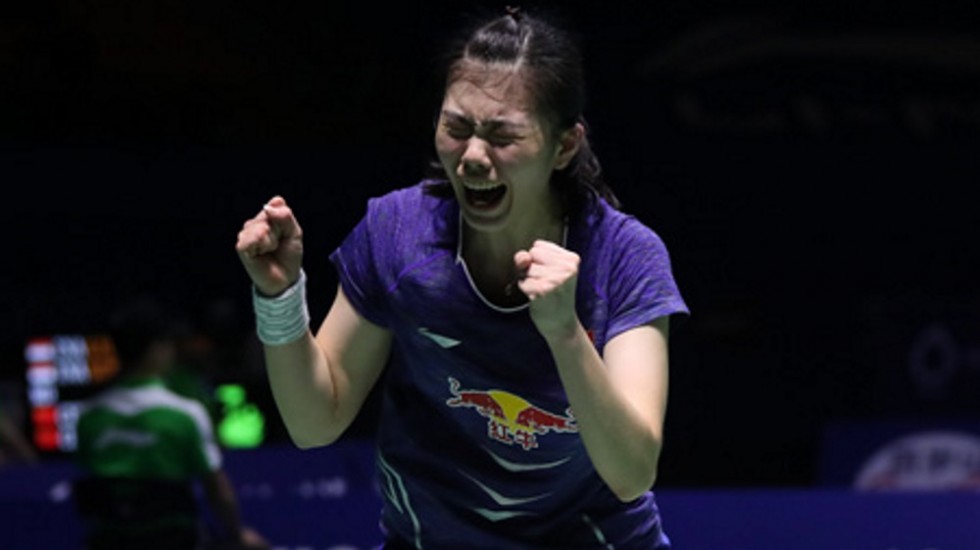 A seismic event shook the TAHOE China Open 2017 today, with qualifier Gao Fangjie, who had never previously won a Superseries main draw match, getting to within one victory of claiming the Women’s Singles title. 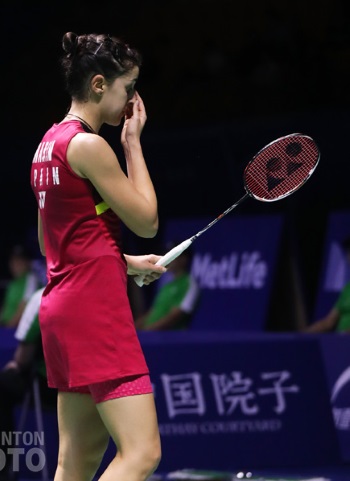 But what stirred the audience even more is the striking resemblance Gao bears to her senior compatriot Li Xuerui, who won this tournament in 2015.

“She is a tough opponent,” Marin said. “She plays like Li Xuerui.”

From the beginning, when Gao got a lead, it looked like trouble was brewing for Marin. The young challenger displayed great footwork and anticipation to counter Marin’s attack, while her own inventiveness in shot-making had the Spaniard in all kinds of trouble. To make matters worse for Marin, the stubborn, error-free badminton that has been her forte wasn’t in evidence.

Gao was cruising at 16-9 in the second when the jitters appeared to take over; the Chinese stayed rooted to the spot as Marin sent soft drops her way. But at 18-all she got a lucky break with the shuttle nudging the tape, and she took full advantage of the reprieve by playing solidly on the last few points.

“A lot of people tell me that I look like Li Xuerui; I hope I can play like her, not just look like her,” said the 19-year-old. “We both played fast today and won and lost points very quickly. My coach told me to attack her backhand and backcourt as I was losing points on her forehand. He also told me to shout like her to keep my confidence up. I never expected to reach the final. I’m very excited.”

In the final, Gao faces Japan’s Akane Yamaguchi, who made Thailand’s Ratchanok Intanon pay the price for her long semi-final yesterday. Intanon started on leaden feet, improved as the match wore on, but Yamaguchi never let up in pace and aggression as she closed out the semi-final 21-14 21-18. The Japanese will be aiming to take her first Superseries title of the year.

Just over a month into their Superseries foray together, Mathias Christiansen and Christinna Pedersen have a shot at their first title. The Danes played with assurance and flair to deny local hopefuls Wang Yilyu/Huang Dongping a place in the final.

The Danes enjoyed the upper hand for most of the match, but the Chinese drew level late in the second and it was touch-and-go, with the Danes missing two match points. Christiansen, playing only his second Superseries semi-final, didn’t let up the attacking intensity and the Danes were rewarded on their third opportunity: 21-16 24-22.

“This is big for us,” said Pedersen, who was paired with Christiansen just last month after regular partner Joachim Fischer Nielsen suffered an injury in August. “This is his first Superseries final. To do this so early in our partnership means a lot to us. No matter who we play, we have to focus on our own game, and after that on our opponents. At the moment it’s not automatic for us, how to play together, so we’re really concentrating. 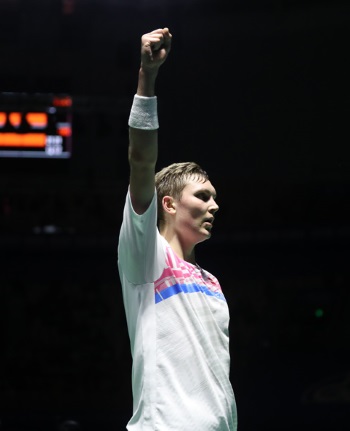 “In the beginning I thought I had to change my game a bit. Actually I don’t have to change much because he’s so fast, he can catch the shuttle round-the-head, so it’s not very different for me. He’s so explosive and fast and we can put opponents under pressure. It was a really good performance in the second game by him. In between the rallies I could see that he was ready, he wasn’t nervous.”

Chen Long was faced with the silkily-moving, rock-steady game of Son Wan Ho, but the Chinese wore down his opponent with his own unblinking focus and iron control. The 21-17 10-21 21-7 went Chen’s way only in the late quarter of a contest that was a supreme tactical battle with finesse and athleticism for the most part. 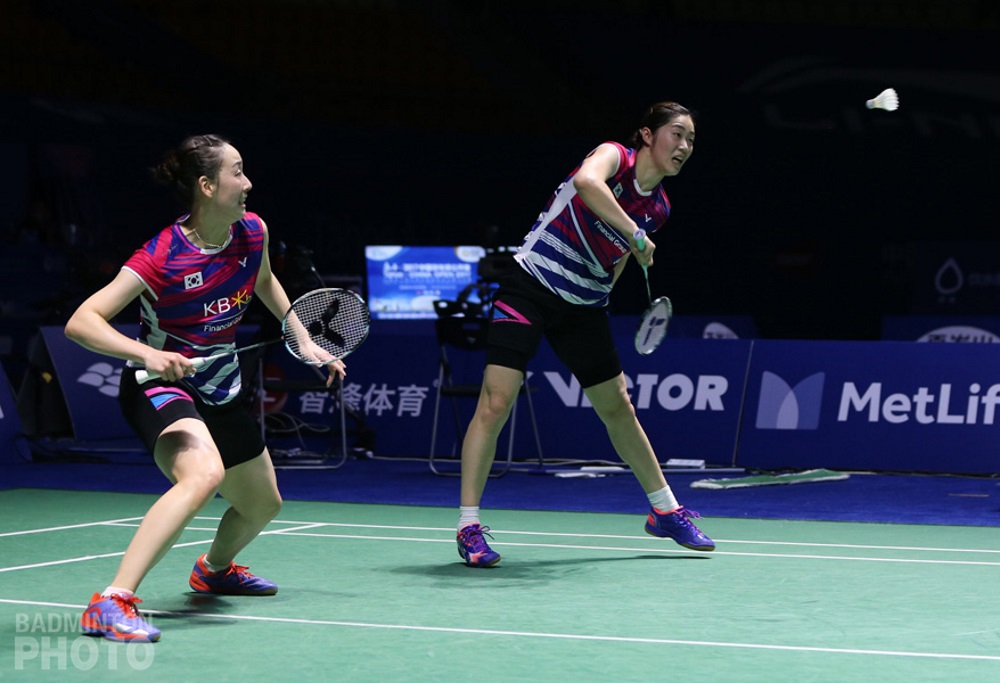 Korea’s Lee So Hee has won Superseries titles this year with two partners; a third title with a different partner is one win away. Lee and Kim Hye Rin outplayed Tanaka/Yonemoto 21-18 13-21 21-11 and will face China’s Chen Qingchen/Jia Yifan in the final.

World champions Chen/Jia needed all their experience to wriggle out of a tight spot against compatriots Li Yinhui/Du Yue. The young challengers had two match points but failed to convert, and the second seeds overtook them in the third at 13-21 27-25 21-15.