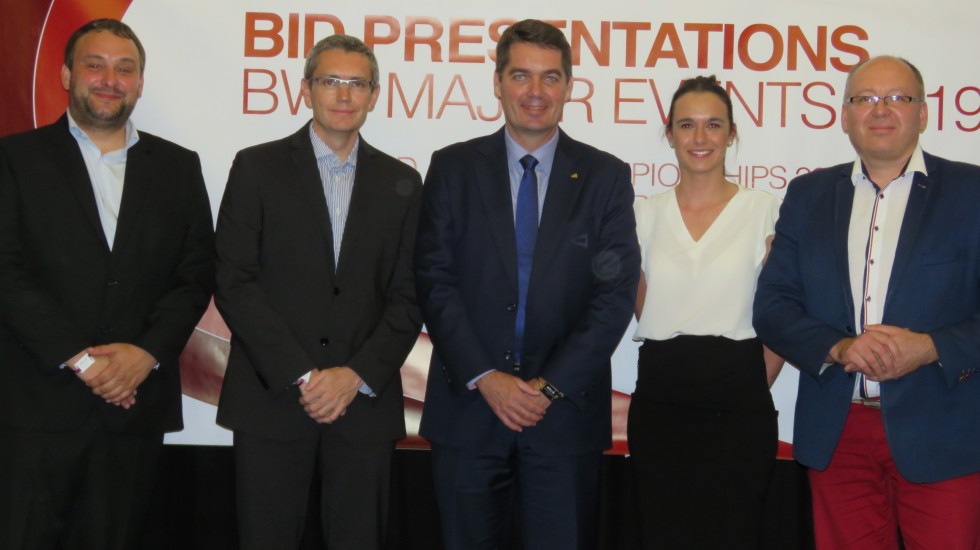 The city in the Silesian province of southern Poland today won the right to stage the popular age-group tournament which is held biennially by badminton’s world-governing organisation.

Gathered at their year-end meeting in Jamaica, BWF Council members voted in favour of Katowice over the Danish city of Kolding, following bid presentations by both the Polish Badminton Association and Badminton Denmark, outlining plans for the main championships as well as a badminton festival in which members of the local community as well as visitors can play.

Meanwhile, the BWF World Junior Championships 2019 will take place in the capital of the Czech Republic – Prague – after Council members accepted a bid from the Czech Badminton Federation to host the two-week tournament which encompasses a mixed-team championship and an individual event.

“I would like to congratulate both successful member associations on their winning presentations. It is particularly pleasing to see our Major Events attracting interest from cities and countries to which we have not traditionally gone,” said BWF President Poul-Erik Høyer.

“It is another positive sign that badminton is developing well and extending its global reach. Based on the technical, logistical and social elements of the bids we have accepted, we look forward to some high-quality events in Katowice and Prague which all players should enjoy.”

Representing the Polish Badminton Association, Zorika Mikolajczak and Irek Gorniok, detailed their organisation’s intentions to host the main World Seniors tournament at Spodek Sports and Entertainment Arena which boasts 11,000 seats while unveiling plans for a festival which would start next year and run into 2019, ending after the BWF World Senior Championships.

“We will do our best to prepare a wonderful event. The festival will be for everybody, including juniors and amateur seniors. We want the whole city to be involved,” said Gorniok, a member of the local organising committee.

BWF recently announced a multi-tiered festival as part of World Seniors aimed at capitalising on the accustomed social atmosphere around this tournament in which hundreds of players aged +35 to +70 compete, often with family and friends joining them to spectate and vacation. The concept is to offer other persons the opportunity to play badminton in a festival setting.

“The World Seniors will still be the centrepiece of the overall event but we see an opportunity to enhance the value of the event and the overall experience,” added Høyer.

The Czech Badminton Federation is also keen to provide a high-calibre tournament when the BWF World Junior Championships unfolds at the 8,000-seat Tipsport Arena.

“We are very proud and happy. We want to give a great presentation of badminton to our country and a great presentation of our city and country to the foreign players and fans who come there,” said Czech Badminton Federation Vice-President, Jan Mikulka, adding that city officials have already given their blessing to this initiative.

On a related note, the BWF Council has delayed its decision on the host city for the BWF Para-Badminton World Championships 2019, pending further discussions.