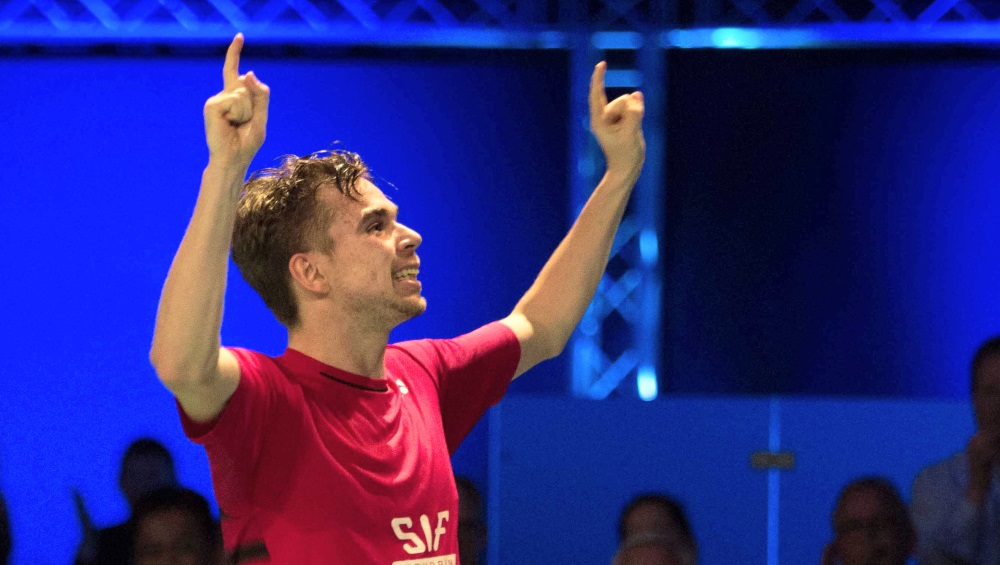 The 20-year-old, whose only other title victory was at the Finnish Open this April, surprised No.4 seed Hsu Jen Hao (Chinese Taipei) 21-18 21-10 in Saarbrucken, Germany, in the Men’s Singles final. Second seed Rajiv Ouseph (England) was upset by Dutchman Mark Caljouw in the third round, 21-16 11- Jindapol led all the way in the third, but Zhang was stubborn and equalised from 9-14 and 14-17 down. It was Jindapol though who managed to take the last two points for her first title since November 2015.

En route to the final, Jindapol got the better of Canada’s Michelle Li in the second round and No.4 seed Chen Xiaoxin (China) in the semi-finals.

The second seeds made their way past No.6 seeds Ong Yew Sin/Tan Wee Kiong (Malaysia) in the quarter-finals and No.3 seeds Bodin Isara/Nipitphon Phuangphuapet (Thailand) in the semi-finals before winning a close battle in the final. The Japanese pulled off several upsets on the way to the final, with wins over the likes of No.3 seeds Sara Thygesen/Maiken Fruergaard (Denmark) in the second round, Selena Piek/Cheryl Seinen (Netherlands) in the quarter-finals and top seeds Gabriela Stoeva/Stefani Stoeva (Bulgaria) in the semi-finals. The Chinese chalked up wins over Marvin Emil Seidel/Linda Efler (Germany) in the quarter-finals and over Indonesia’s Hafiz Faisal/Gloria Emanuelle Widjaja in the semi-finals.