Having fought through illness and all comers over the past week, the affable, braces-wearing teenager who becomes a racket-wielding powerhouse on court was not to be denied in her last opportunity for the coveted crown. Summoning all her energy and her burning will to win, she refused to give in, saving a match point and then seizing the title on her third: 21-13 13-21 24-22.

In a match that conjured up memories of an epic battle in Glasgow not too long ago, Tunjung’s showdown with Han Yue proved the perfect finale to the individual segment of the Blibli.com Yonex-Sunrise BWF World Junior Championships 2017.

An hour’s drive from her hometown of Solo, it was as if the 18-year-old was playing in her own backyard with her entire neighbourhood watching and straining their collective voice to push her to victory over her Chinese rival who was every bit as worthy of being in the final – and yes, of even being the winner had it gone her way. However, fate’s script was in Tunjung’s favour and Han’s shuttle sailing over the baseline was the last twist of the saga that gripped GOR Among Rogo Arena for 64 compelling minutes.

“It was a very hard match. I used all my power in this final. I was praying while I was playing for God to give me a way to win this match. It was very tough but the crowd motivated me and I really wanted this. It was my last chance.

“I told myself ‘Your chance is in front of you. Don’t waste it’. I never thought I could be the champion but I am proud, especially as Indonesia is the host country,” said Tunjung, adding she wanted to cry in the aftermath of her success.

Indonesia, the badminton-crazy nation that gave birth to the World Juniors, had not celebrated a youth champion since 1992 and fans were pleased at the outset with the crisp, decisive strokes coming from their player’s racket as she manoeuvred around the court lightly, her power hitting hurting Han and her deft touches at net being just as rewarding. On the other side, Han laboured in her movement, something wasn’t right for the usually sure-footed athlete who, other than Tunjung, nobody else has been able to trouble in her fortnight in Yogyakarta. 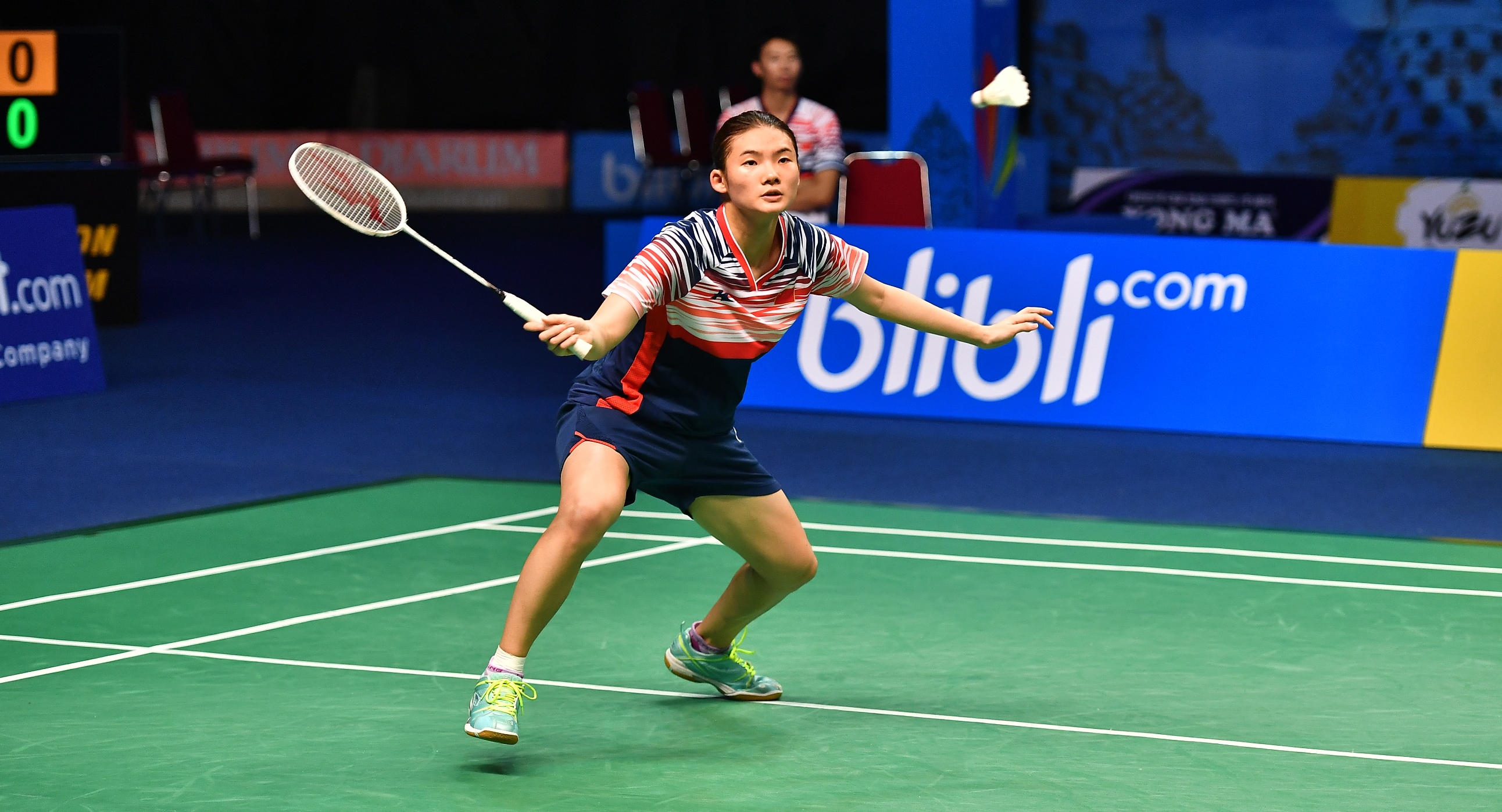 Enjoying a healthy 11-5 lead at the interval, the hometown girl maintained her attack, winners flying by Han whose errors contributed to Tunjung’s advantage as they changed sides. The Chinese started with greater intent as if to send a message as much as to get a good lead; playing with more focus and making fewer errors while Tunjung faltered badly.  In quick time, the adversaries were into a decider that unfolded into a spirited tug-of-war, a point or two one way and then the next. The wholehearted commitment by both had spectators on the edges of their seats.

Two errors by Tunjung and then one by Han, followed by another of the Indonesian’s thunderous smashes took the score to 19-19. It was anyone’s match. Tunjung blinked first, her shot into the net, giving her rival match point but Han wasted it. Tunjung then saw two match points come and go as Han came up with massive winners.

At 22-22, Han rattled the net yet again – a third match point for the Indonesian and this time the vital extra point came her way.

Flinging her arms in delight, Tunjung soaked in the deafening appreciation of her people. At long last, Indonesia’s anthem would be heard at a World Junior Championships – and on their own turf. 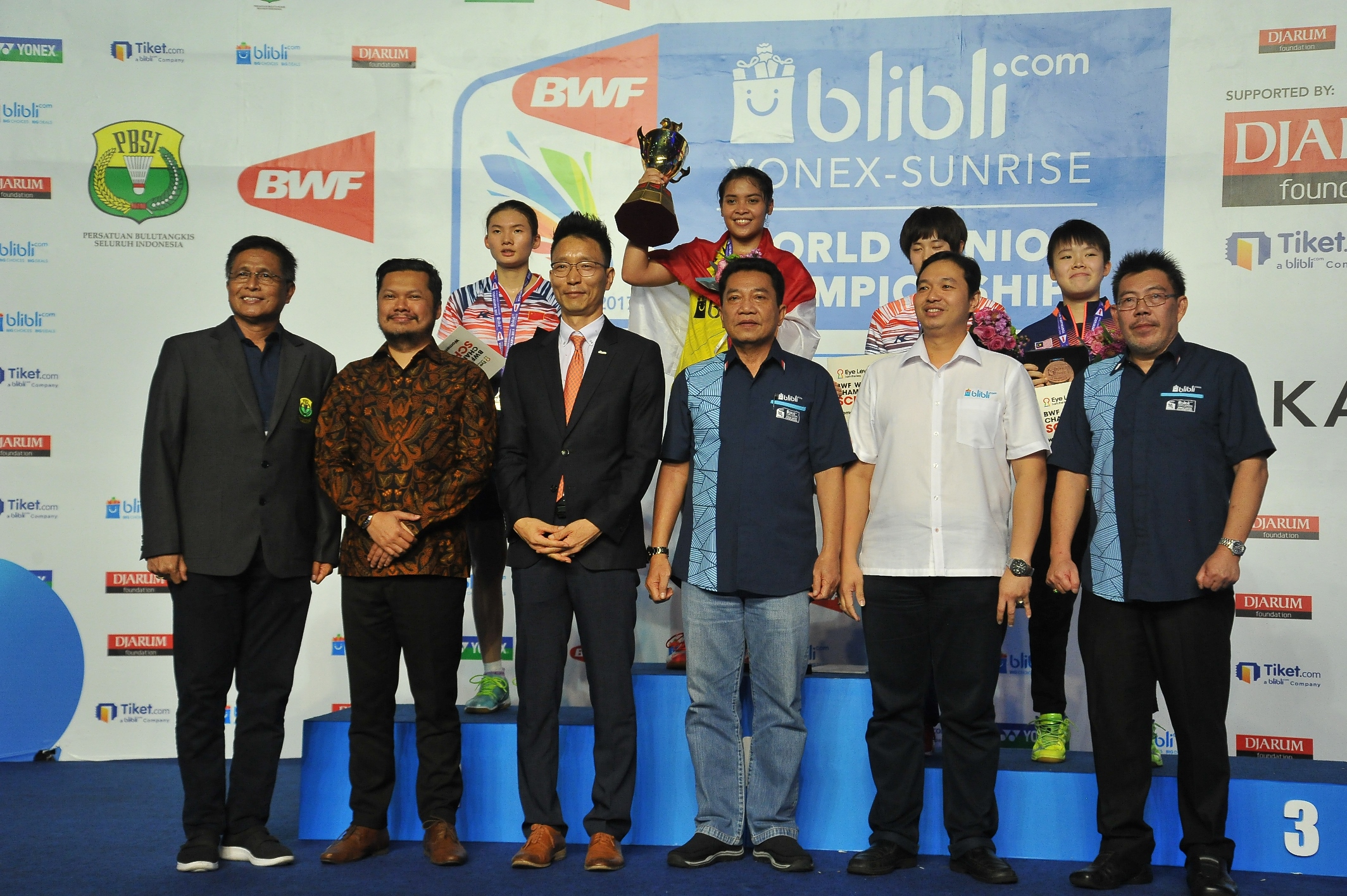 Admitting she felt burdened as China’s last hope for gold – as well as by being the last match of the finals – Han said that feeling impacted how she played in the opening game but she settled into her usual rhythm by the second game.

“It is what it is. This is the best I could do now. At the end, we were playing very quickly and I was feeling very tense,” conceded the runner-up, also exiting the World Juniors stage.

In a final that swung halfway through decisively, the top seed – who had shown a penchant for patches of rash play in previous matches – kept his cool under pressure to wrestle the ascendancy from Malaysia’s Asian Junior champion – never to give it back. 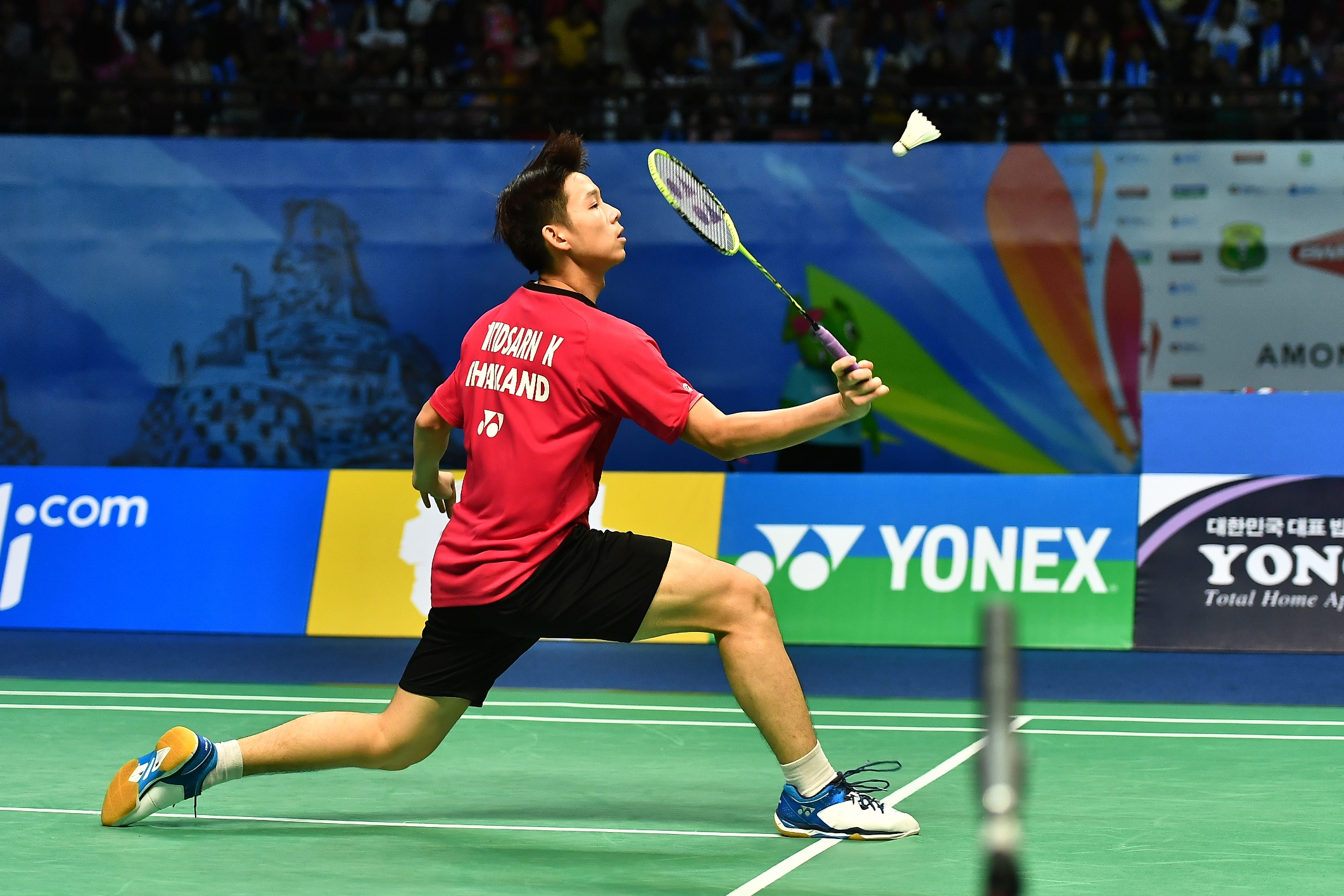 Having let the first game get away in the latter stages, Vitidsarn lifted his level from 14-14 in the second game, winning some lengthy rallies, smashing to telling effect and benefiting from some errors by Leong who appeared out of sorts. His advantage was gone in no time as the players prepared for a decider in which Vitisarn’s steely defence was a key asset. Unlike the first two games, the Thai guy was out front early and, bolstered by momentum, motored to 11-7. There was no turning back as he put more daylight between him and Leong whom he had never beaten.

Allowing himself some flashy shots which thrilled fans, Vitidsarn closed in on the biggest moment of his career while Leong, his spirit plummeting dramatically, watched as all his hard work was undone.

“I am so happy to make history for Thailand. I wanted to be the champion and I was confident I could do it though I had to change my tactics in the match and move him (Leong) around more,” said the beaming winner.

“This will give me more confidence for future tornaments.” 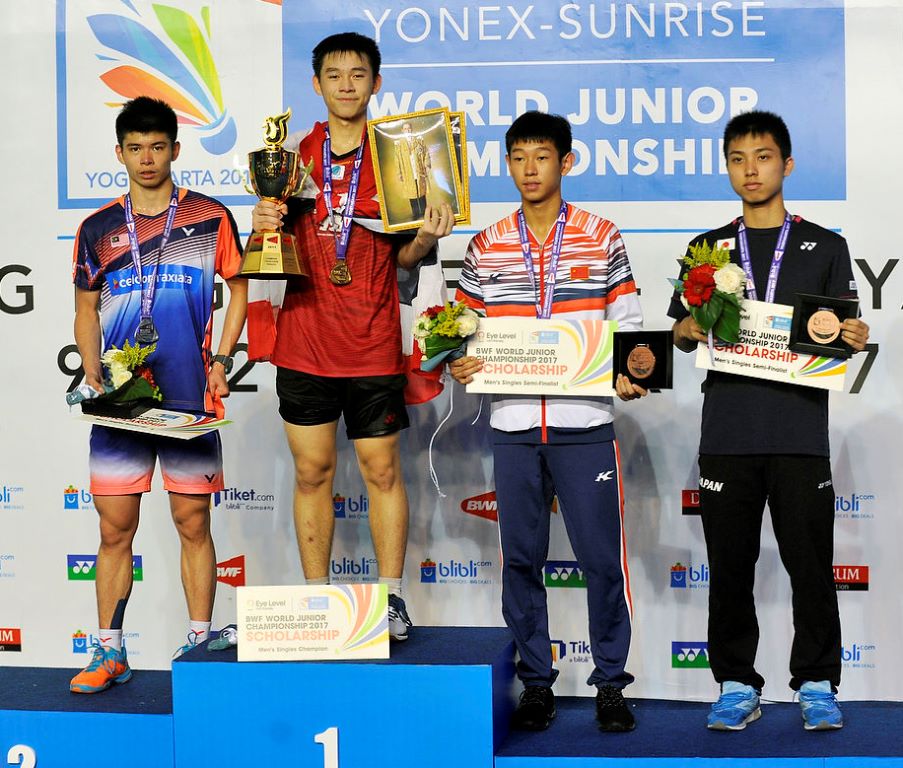 Meanwhile, a disappointed Leong admitted he lost focus on the job at hand and started thinking about winning.

“I wanted to kill the shuttle faster. I wasn’t patient to play the rallies. I missed some shots and he caught up to me in the second game. In the third game, my mind went blank because I couldn’t make my shot,” said Leong.