For the past three days as Gregoria Mariska Tunjung has fought off flu to compete in her last BWF World Junior Championships, one of her best friends and room-mate has been looking after her.

This afternoon Tunjung will stare down that same person across the net and try to think of her as the enemy as both battle for a guaranteed medal for Indonesia in the Blibli.com Yonex-Sunrise BWF World Junior Championships 2017.

That friend is Aurum Oktavia Winata and she too wants to win their Women’s Singles quarter-final because, like Tunjung, she is in her final appearance at this level.

“We know each other since eight years old and we are good friends. She has been taking care of me,” said Tunjung of Winata against whom she boasts an overwhelming 20-1 record though they have only met in national tournaments.

Having survived a tough hour-long encounter with Wang Zhiyi of China yesterday, after which she needed immediate medical treatment, the No.3 seed noted that while she naturally hopes to reach the semi-finals, she is thrilled Indonesia will get a medal – “either me or her (Winata)”.

Reflecting on her round-of 16 performance, Tunjung revealed she was doubtful if she would get through the match because of her illness.

Despite faltering with a flurry of errors late in the second game, Tunjung rebounded strongly in the decider. Her aggression paying off with an 11-1 lead as she and Wang changed sides. Despite a let-up in her power play in the second half of the third game, her commanding buffer was enough to see the crowd favourite through.

Winata, whose match overlapped with Tunjung’s, had far less trouble with Vu Thi Anh Thu of Vietnam, cruising to a 21-13 21-9 triumph.

China also started early celebrations as Han Yue and Zhou Meng secured passage into the quarter-finals where the team-mates will clash for a semi-final spot.

“I will try my best against her but she is very good,” conceded Zhou within earshot of Han who laughed and smiled at the compliment.

Thailand also has two players in the quarter-finals as top seed Pattarasuda Chaiwan takes on China’s Cai Yanyan while Chaiwan’s team-mate, Chananchida Jucharoen, tackles 2015 World Junior champion, Goh Jin Wei of Malaysia. Both Thai hopefuls acknowledged the task does not get any easier at this stage but they too are determined to reach the podium.

The hosts’ fortunes in Men’s Singles were dismantled by No.6 seed, Kodai Naraoka of Japan, who beat Alberto Alvin Yulianto, 21-16 21-15, and by India’s Lakshya Sen who dismissed Muhammad Rehan Diaz, 21-12 21-12. The No.2 seed plays Naraoka in the quarter-finals.

The other three quarter-finals feature No.1 seed, Kunlavut Vitidsarn, versus another Japanese, Takuma Obayashi; China’s Gao Zhengze against Nhat Nguyen of Ireland; and France’s Christo Popov versus No.4 seed, Leong Jun Hao of Malaysia. 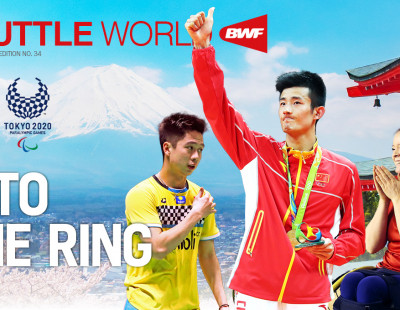 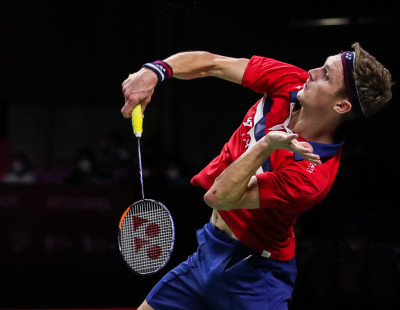