Five countries – Denmark, France, Ireland, the Netherlands and Turkey – are making the continent proud at the annual showpiece which started on Monday with 64 countries competing for honours in the individual tournament (for Eye Level Cups).

Denmark has two opportunities to reach the podium, thanks to Amalie Magelund and her respective partners in Women’s and Mixed Doubles. In the 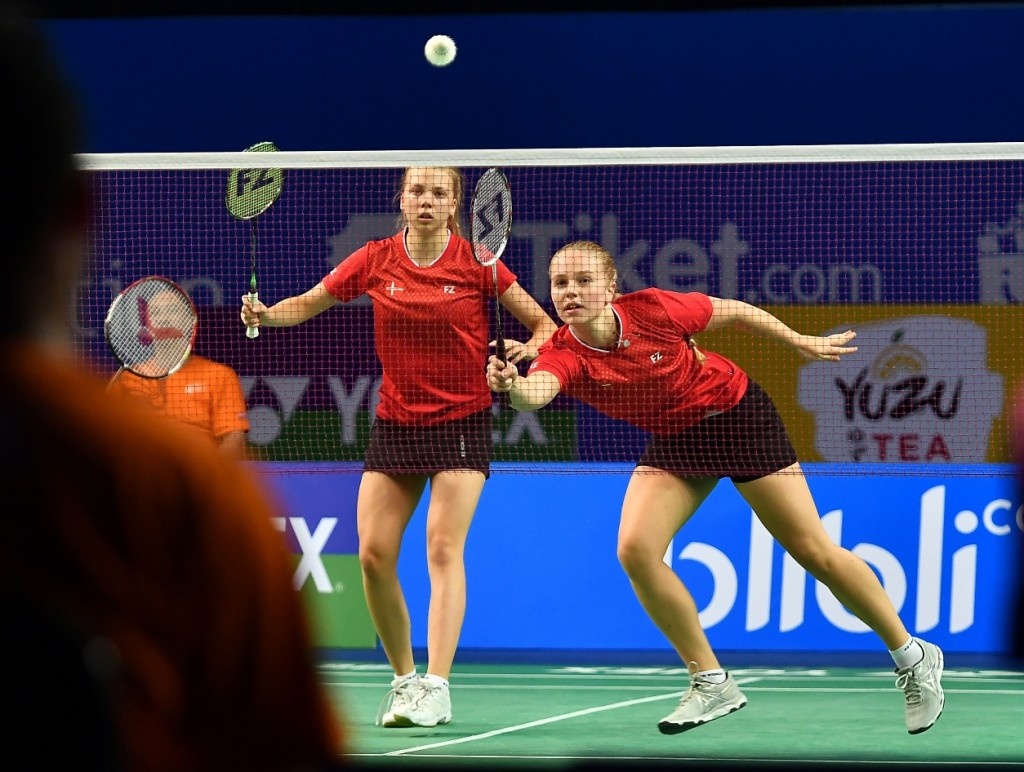 latter event, she and Daniel Lundgaard shook off the loss of the first game to oust Malaysia’s Man Wei Chong/Tan Sueh Jeou, 19-21 24-22 21-13. Magelund returned later to secure a berth in the last eight of Women’s Doubles with Freja Ravn. The Danes stunned top-seeded Kim Min Ji and Seong Ah Yeong of Korea in another comeback win: 13-21 21-19 21-14.

“We needed to be more in control and just play the rallies instead of trying to win them,” said Ravn of change in tactics which got them back into the match.

For continental company, they have No.5 seeds, Bengisu Ercetin/Nazlıcan Inci of Turkey (featured image) and Netherlands duo, Debora Jille and Alyssa Tirtosentono. The Dutch powered past No.7 seeds, Supisara Paewsampran and Kwanchanok Sudjaipraparat, for the second time in two weeks, having beaten them in last week’s team event. On this occasion, Jille and Tirtosentono triumphed 21-15 21-15. The Turks also won in straight games – 21-15 21-19 versus Chinese Taipei’s Cheng Yu-Pei and Liang Chia-Wei.

“We are surprised. The match was difficult but our attack was good and our defence was better. It’s our third World Juniors together and our first quarter-final. We hope we can win a medal,” said 17-year-old Inci, admitting she and Ercetin were “a little nervous” on match point.

Meanwhile, in Men’s Singles, Christo Popov of France and Vietnam-born Irishman, Nhat Nguyen, are continuing to have the time of their lives at

GOR Among Rogo Arena in Yogyakarta.

Having begun the day with his senior team-mates, Arnaud Merkle and Leo Rossi, also in Men’s Singles contention, Popov found himself the last Frenchman standing, not only in the category but in the tournament overall. Again playing in an assured and attacking style, the 15-year-old calmly cut down No.5 seed, Ruttanapak Oupthong of Thailand, 21-16 21-17.

“I can’t believe it. I thought I would not be up to the level of the competition because it’s my first time. It’s just fabulous. It’s crazy. I am really surprised.

“Before I was just thinking about getting experience but now I want to win a medal,” declared Popov, who faces Malaysia’s Leong Jun Hao for a semi-final spot. 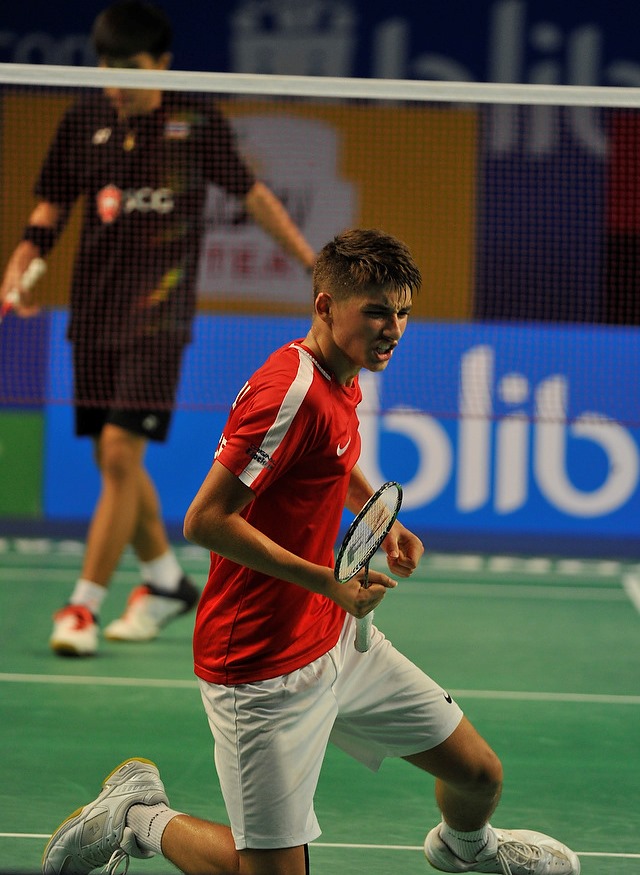 In the top half of the draw, Nguyen will have his hands full with China’s Gao Zhengze, having prevailed over India’s Kartikey Gulshan Kumar today,  18-21 21-15 21-13.

“It feels great to be in the quarter-finals. I started nervously but then I began taking control at the net which helped. I didn’t play in the team event so I think I am a bit fresher than some of the other players,” said the No.8 seed.

“I will try to win a medal for myself, my family and my country.”

“We attacked a lot today, especially focused towards the girl,” said Mentari after she and Rivaldy toppled No.1 seeds, Kim Won Ho/Lee Yu Rim of Korea, 21-17 21-17.

“Tomorrow we want to play like today: to stay focused and fight from the start and not be careless.” 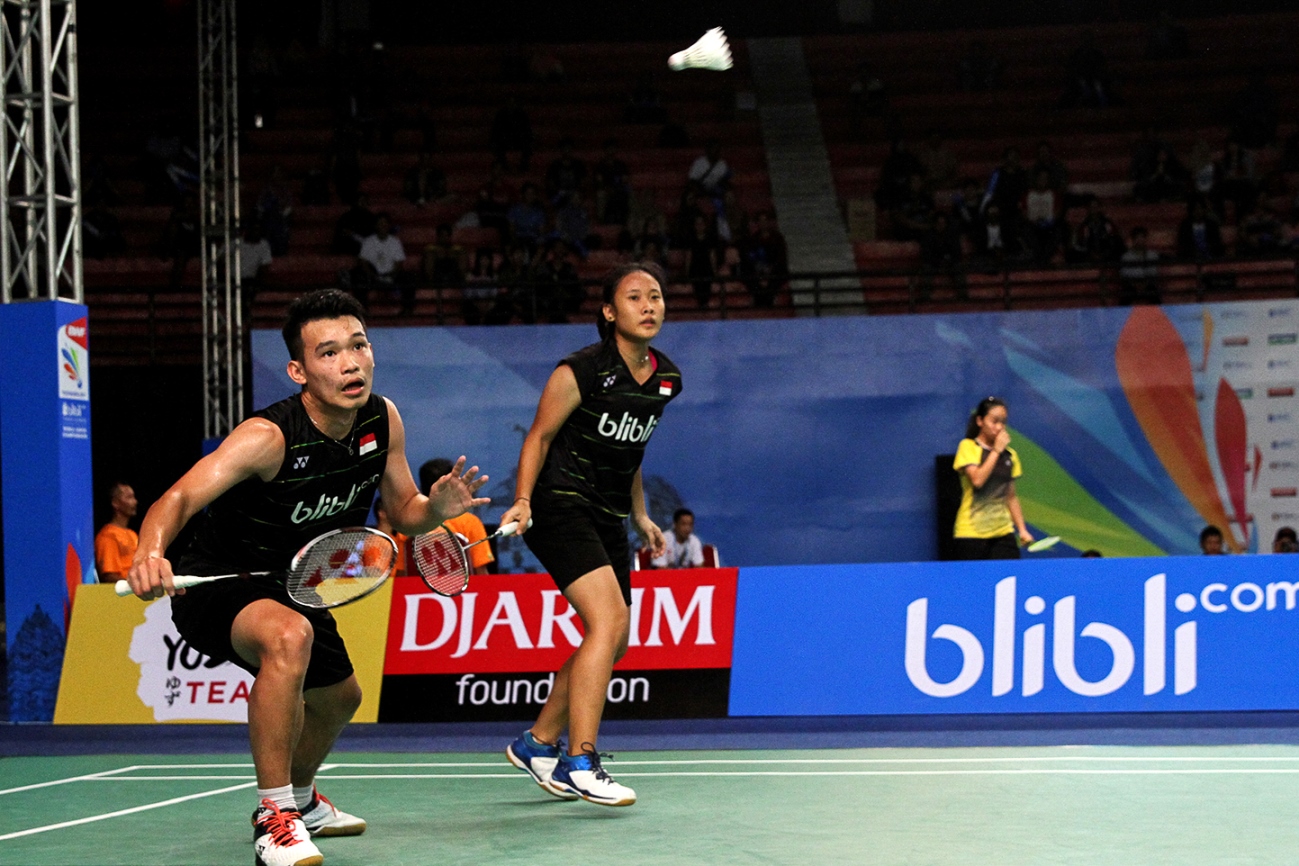