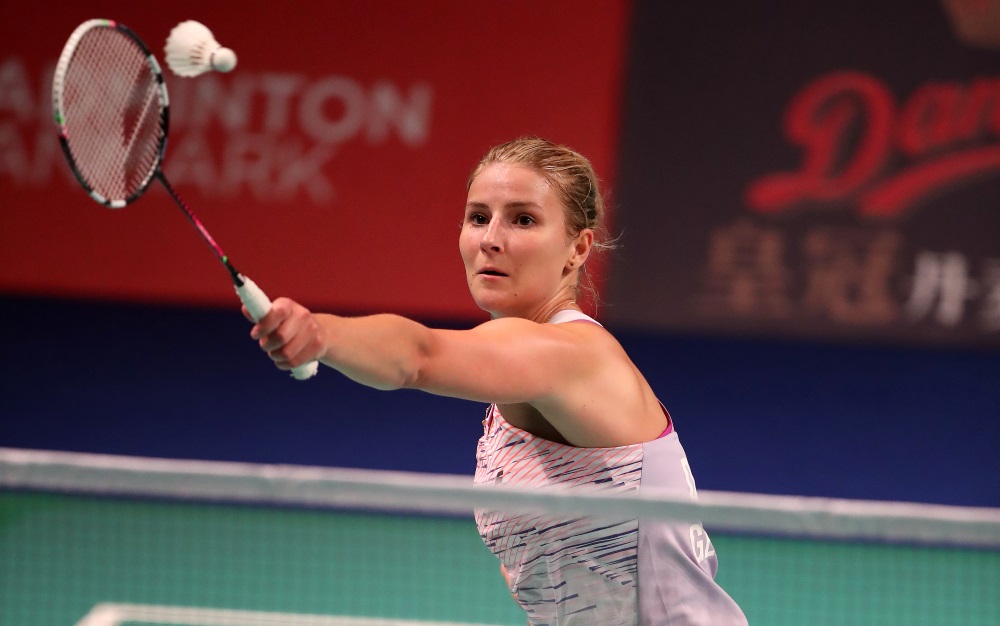 Not so long ago, Saina Nehwal and Carolina Marin were meeting in the finals of tournaments. So quickly has Women’s Singles evolved and so fierce is the competition that the DANISA Denmark Open tomorrow will see them clashing in the first round.

Nehwal has done well in recent months – winning a bronze at the TOTAL BWF World Championships in August – but is still some way off her best form after a knee injury derailed her Olympic campaign last year. Ranked No.12, Nehwal will have to contend with the fifth seed Spaniard in her opening battle as she starts on a campaign to reclaim the title she won in 2012.

For Marin, September brought happy tidings as she picked up her first Superseries in 22 months – the Daihatsu Yonex Japan Open. Nehwal has 4-4 record against Marin – but the Spaniard has the psychological advantage of having won their last two encounters. Nehwal and Marin are in the third quarter, alongside defending champion Akane Yamaguchi and BCA Indonesia Open champion Sayaka Sato (both Japan).

Nehwal’s compatriot Pusarla V Sindhu has no less of a daunting task in the bottom quarter, as she takes on Chen Yufei in the first round. A year ago the young Chinese won the World Junior Championships, and since then, has stepped admirably into the space left vacant by her retired seniors Wang Shixian and Wang Yihan. Chen can draw inspiration from her victory over Pusarla at the Celcom Axiata Malaysia Open earlier this year, although the Indian demolished her challenge at the recent World Championships. The big name missing from the draw is Japanese World champion Nozomi Okuhara. Chinese Taipei’s Tai Tzu Ying, who enjoyed a blistering start to the year, heads in as top seed as she seeks her first Denmark Open title, having fallen in the final last year.

In Men’s Singles, last year’s runner-up Son Wan Ho will have a chance to avenge his recent Korea Open semi-final loss to Anthony Ginting. The Korean is in a challenging quarter, which includes the likes of Malaysia’s Lee Chong Wei, Denmark’s Anders Antonsen and India’s HS Prannoy.

All eyes will be on Viktor Axelsen. The local lad is arriving with the ultimate accolade – that of being the World Champion. Having won the Japan Open last month to follow up on his World title success, there will be an aura around Axelsen as he begins his campaign as second seed. His biggest challenge is likely to be a quarter-final against India’s Kidambi Srikanth. In the same quarter, Frenchman Brice Leverdez – who famously beat Lee Chong Wei at this event last year and at the World Championships – starts against Korea’s Jeon Hyeok Jin.

Meanwhile, former champion Chen Long, who was blown away in the World Championships semi-finals by Axelsen, will try to make amends as he seeks his first Superseries title in two years. The ageless Mathias Boe and Carsten Mogensen will be hot contenders for the Men’s Doubles title – although, rather surprisingly, they have won their home title only once – in 2010. The top-seeded Danes have been in fine touch, winning two Superseries from three finals this season.

Their most intriguing rivalry has been with Indonesia’s Marcus Fernaldi Gideon/Kevin Sanjaya Sukamuljo, the most dominant pair this season. With the Danes and the Indonesians at the opposite ends of the draw, another final clash is on the cards. The second seeds though have the tougher draw, as they start against Japan’s Takuro Hoki/Yugo Kobayashi.

In Women’s Doubles, World Champions Chen Qingchen/Jia Yifan will look to ease into the event, with their first big challenge expected to be Japan’s Shiho Tanaka/Koharu Yonemoto or Indonesia’s Greysia Polii/Apriyani Rahayu in the quarter-finals. Local hopefuls Christinna Pedersen/Kamilla Rytter Juhl, who are in the same half, have never won a title here as a pair and will be motivated to change that.

In Mixed Doubles, Tontowi Ahmad/Liliyana Natsir return to competition after having won their second World title; the Indonesians will fancy their chances for a first Denmark Open title.