In a repeat of last year’s Suhandinata Cup final, Malaysia will attempt to dethrone China tomorrow as the perennial winners seek a record 12th crown.

Both teams advanced to the showdown of the BWF World Junior Mixed Team Championships 2017 in comfortable style; Malaysia 3-0 against Korea and China, 3-1 against Japan.

As in yesterday’s quarter-finals, Malaysia’s smooth machinery in Mixed Doubles, Men’s Singles and Women’s Singles proved irresistible for their opponents whose energy had been sapped over the previous four days of competition in which an inexperienced, but enthusiastic, squad fought hard for Korea. Today was a step too far for the two boys and two girls sent to Yogyakarta to represent the top seeds in the absence of their higher-profile peers.

In the other semi-final, China’s date with destiny was only briefly delayed by a determined Kodai Naraoka who wrested the lone point for Japan in Men’s Singles. The 16-year-old sunk Bai Yupeng, 21-13 21-8 to level the tie 1-1 before China seized two more points, thanks to Men’s Doubles and Women’s Singles. The defending champions’ run to the final began with Fan Qiuyue and Li Wenmei brushing aside Takuma Obayashi and Natsu Saito, 21-13 21-13; the impressive Fan returning to play another part in the men’s tandem with Wang Chang. The Chinese duo beat Mahiro Kaneko and Yunosuke Kubota, 21-15 21-12. 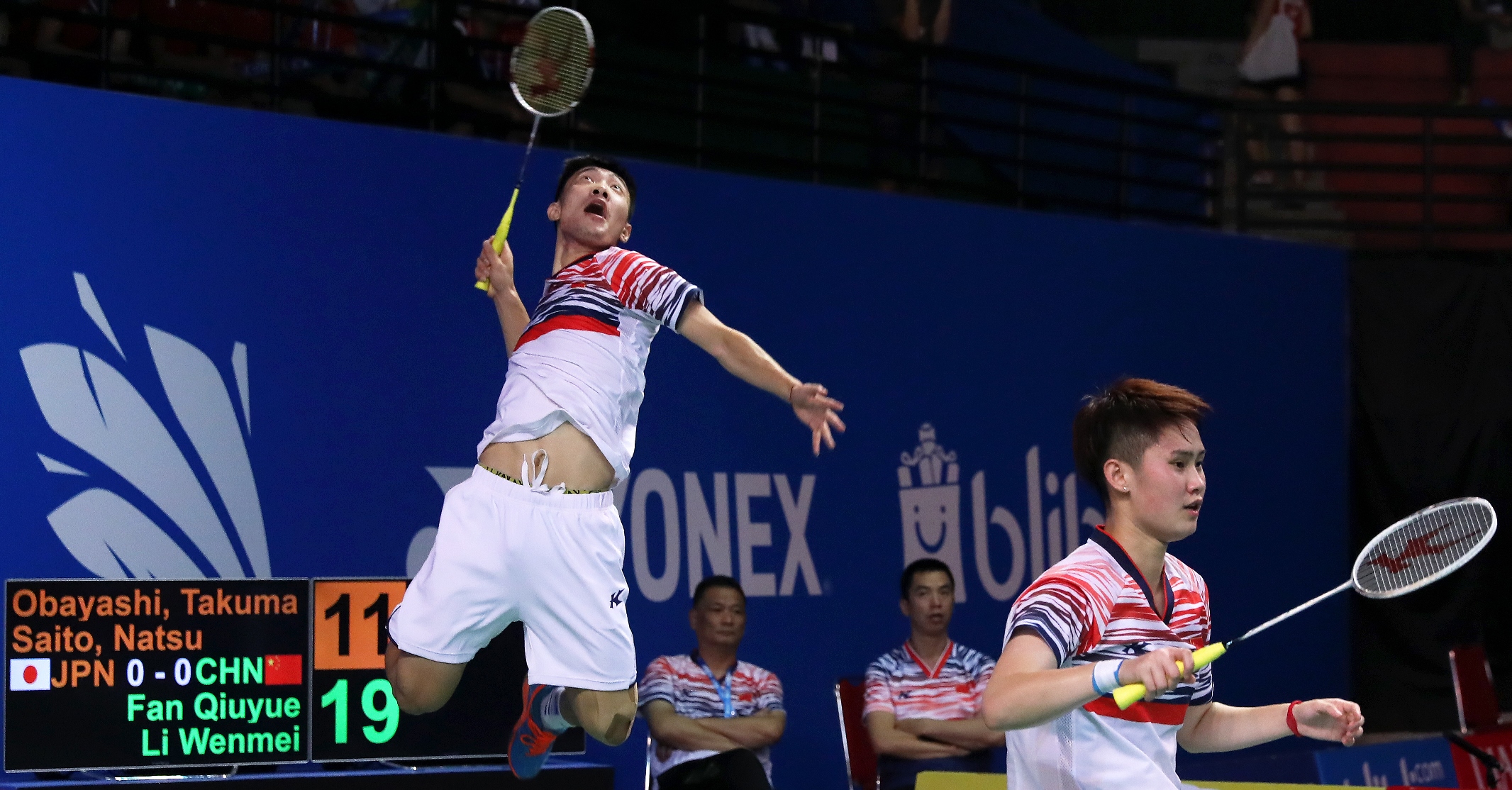 The last rites were left to Asian Junior champion, Han Yue, and she was never troubled by Moto Hayashi, easing to victory 21-11 21-12.

“We have been focusing on singles but we will put up our strongest line-up in all categories tomorrow. We want to be champions again,” declared China’s head coach, Wang Wei, heading off to strategise with his players and coaching staff.

On the opposite end of GOR Among Rogo Arena, Malaysia’s Women’s Singles spearhead, Goh Jin Wei, had also sealed her country’s triumph, albeit with some challenge from the spirited An Se Young whose quarter-final heroics had thwarted France despite the Europeans’ 2-0 advantage. Similarly poised today, the 15-year-old gave Goh some cause for concern as she earned 15-12 and 18-16 leads in the second game and threatened to force a decider. However, the Malaysian raised her play, attacking decisively to finish in straight games: 21-16 21-19. 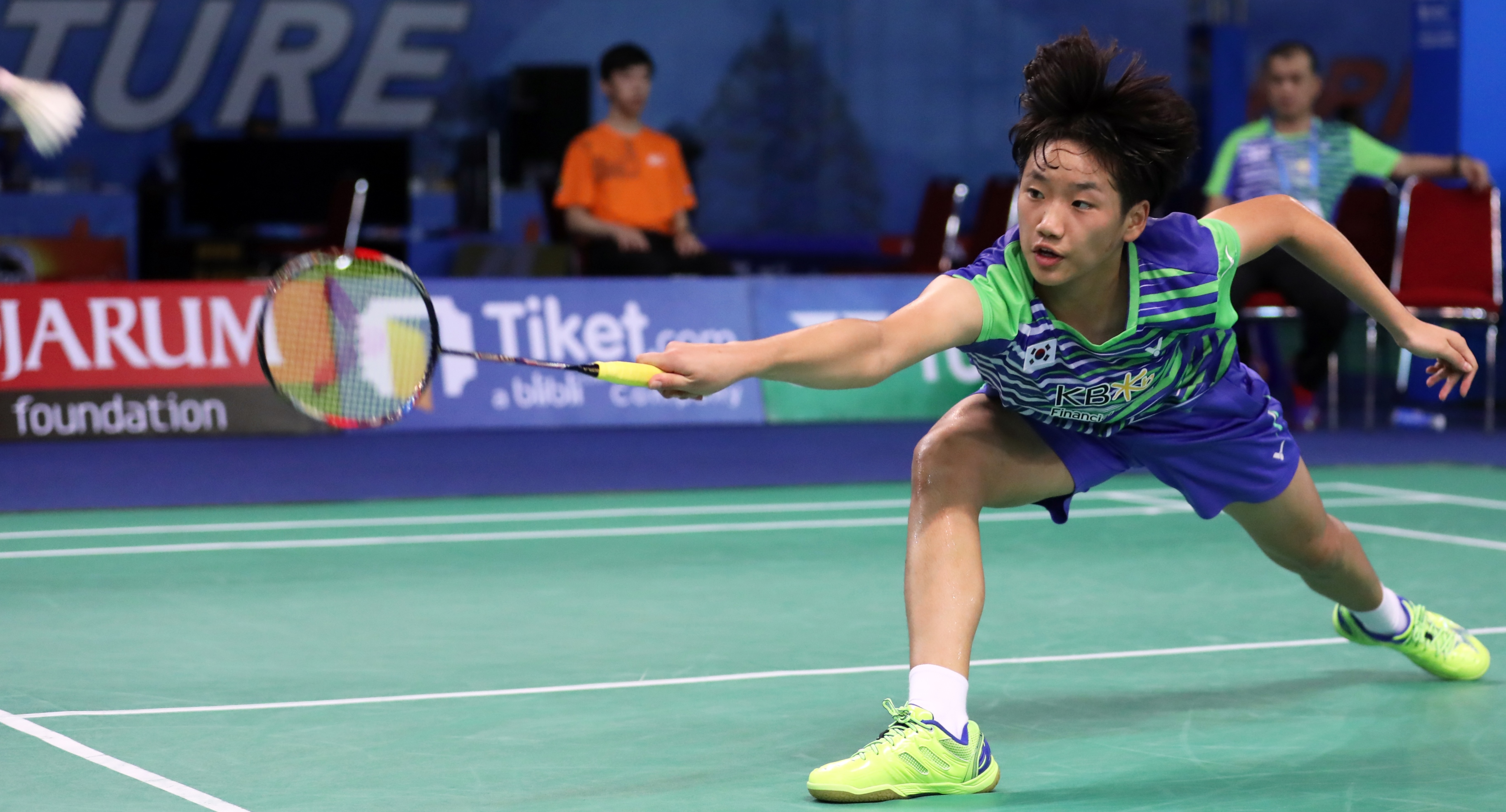 “It’s incredible to reach the final again and I am happy the players are performing well and up to expectation. I was confident we would win. Korea’s players were clearly exhausted,” said Malaysia’s head coach Kwan Yoke Meng.

Turning attention to the final, he highlighted China’s strength but vowed to “fight all out”.

“It will be tough. The ‘Great Wall’ is very thick but I will try my best to crack it,” he declared chuckling.