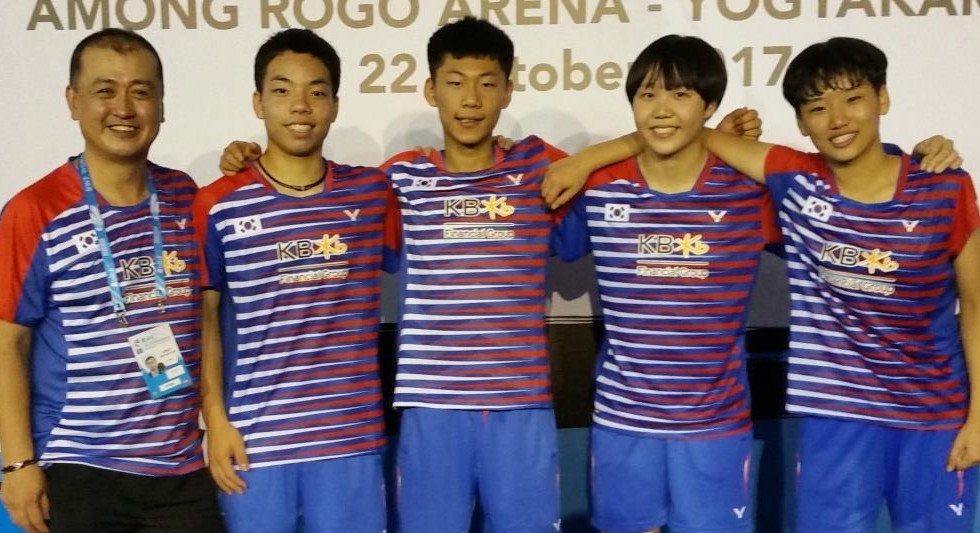 Korea’s success in world team badminton this year reached further amazing heights today as four unheralded youngsters lifted their country from 2-0 down versus a rampant France and into the semi-finals of the BWF World Junior Mixed Team Championships – a stage Korea have not reached since hoisting the Suhandinata Cup in 2013.

Arguably the best storyline at this season’s tournament, Korea’s meagre squad of two 15-year-olds and two 16-year-olds – all in their first World Juniors and each playing two disciplines per tie – produced a courageous comeback to steal the show 3-2 from the French who looked all but through to the last four, having grabbed Mixed Doubles and Men’s Singles to send early shockwaves through GOR Among Rogo Arena.

However, 15-year-old An Se Young was not ready to surrender Korea’s foothold in the event and she calmly dispatched her French opponent, Léonice Huet, 21-15 21-15. Still French hopes were high as their Men’s Doubles heroes, Thom Gicquel/Leo Rossi, faced off with Ki Dong Ju/Kim Seong Jae. Having been central to France’s history-making run to the quarter-finals, the dynamic pair were keen to deliver the crucial third point. They split the first two games with Korea and the decider was a cliff-hanger, with neither side able to gain more than a three-point lead.

Holding their nerves a tad more, and benefiting from some late errors by France, Korea squeezed through 21-15 19-21 21-19 in 55 minutes to level the tie 2-2 and summon the decisive Women’s Doubles match on the court. Back came an eager An, partnered by 16-year-old Jung Min, ready to redeem herself after losing in Mixed Doubles with Ki. The mood in the French camp was not as jubilant now. They were down to their last chance. It was up to Huet and Vimala Heriau; the latter having already won Mixed Doubles with Gicquel. 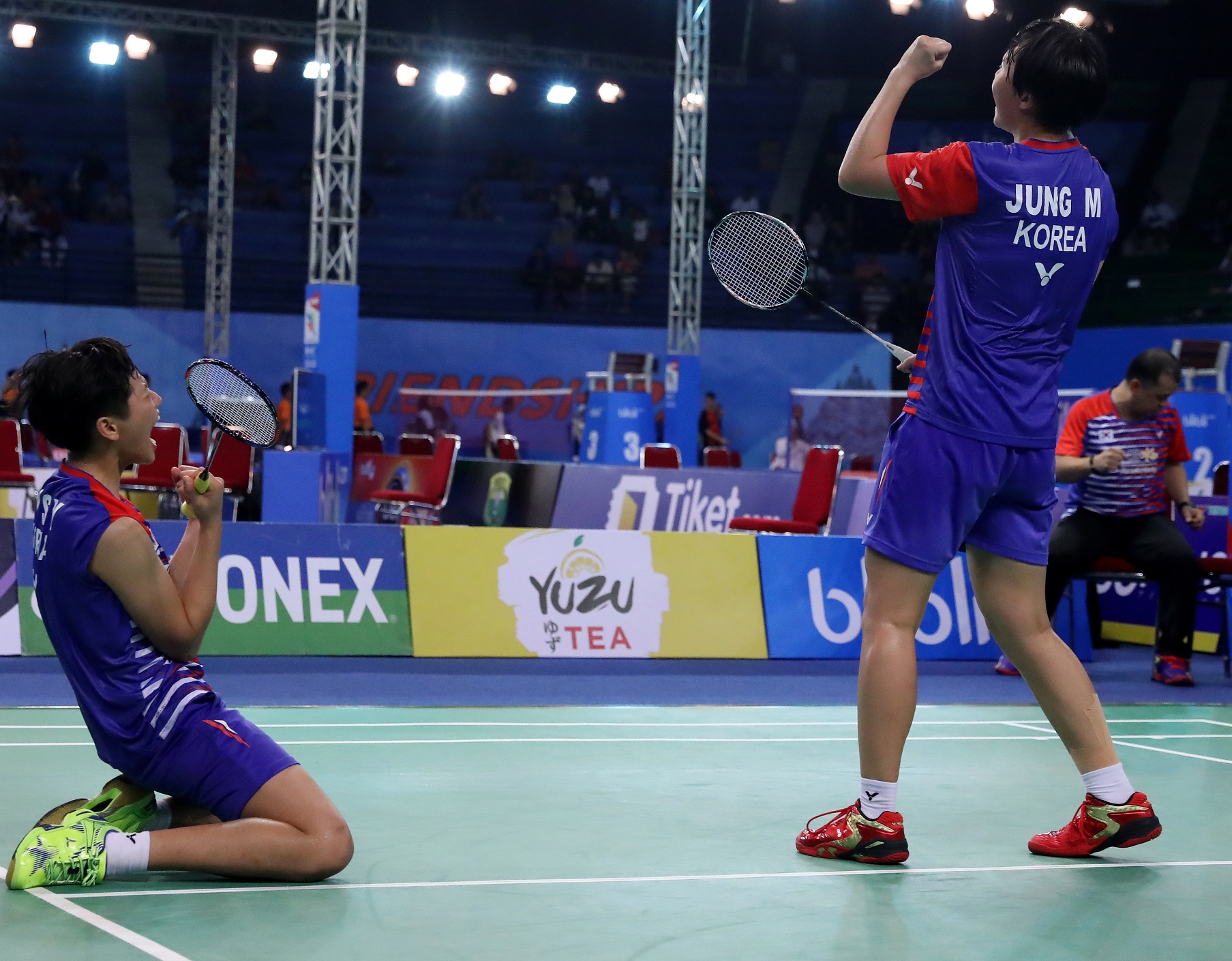 It was not to be France’s day, having clawed back so far the young Koreans would not be denied, displaying the skill and patience to see off their French rivals, 21-16 16-21 21-15; triggering shock 3,000 miles away in their homeland.

“My boss and all the officials back home – they cannot believe it. They keep calling. They want to know how these four players have achieved this. It is way beyond our expectation,” declared an ecstatic Kim Hak Kyun, the one-man entourage sent to Yogyakarta with the inexperienced squad.

Meanwhile, broad smiles lit up the faces of the shy players. The girls – An and Min – revealed they were inspired by their senior compatriots’ stirring Sudirman Cup victory over China earlier this year. Blaming nerves for his sub-par performance in Mixed Doubles, 16-year-old Ki Dong Ju said he 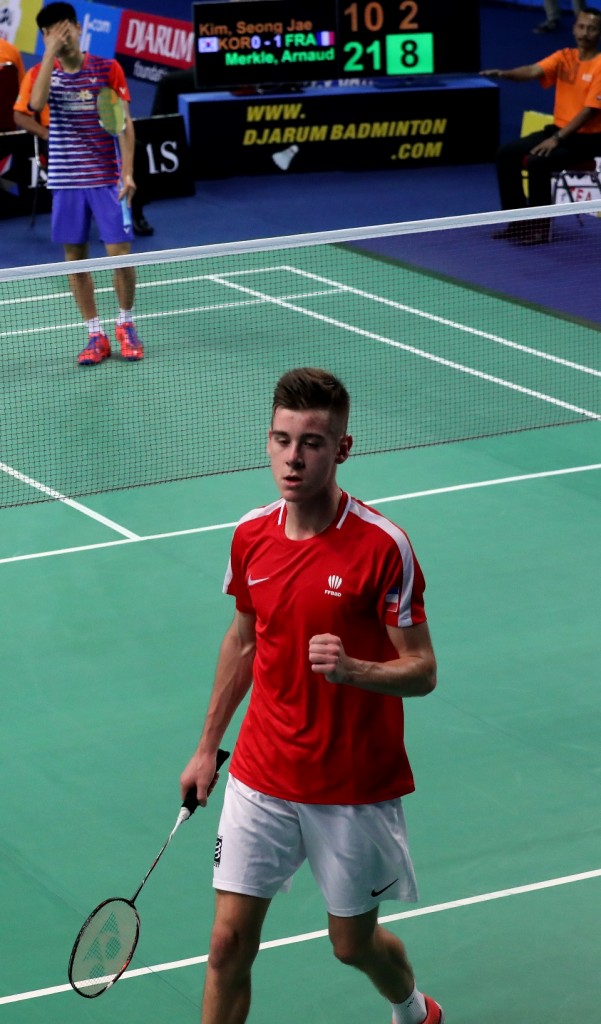 composed himself and was a lot more confident in Men’s Doubles. Having lost Men’s Singles to Arnaud Merkle (21-10 21-3), Kim was inspired by his team-mate An’s handling of the crisis.

“I watched her singles match and thought ‘If she can do it, I can too’. We had to win Men’s Doubles. It was tough but I am really happy we did,” he said.

France’s manager Christophe Jeanjean spent some time consoling his charges of whom he was extremely proud.

“Yes, we were so close – that’s sports. We knew we had a chance and we very close to achieving our mission – a fantastic medal for France. Everyone is disappointed now but my players gave their best today. They should be very proud,” he said.

“We have to congratulate Korea. They only have a few players here and they are young and they are going to the semi-finals. Well done.”

Korea’s semi-final opponents, Malaysia, were long gone from the stadium by the time French hopes were dashed. An efficient onslaught – started by Mixed Doubles duo, Ng Eng Cheong and Tan Sueh Jeou – and seen to its conclusion by singles aces, Leong Jun Hao and Goh Jin Wei, saw last year’s runners-up onto the podium for a second successive season with a 3-0 demolition of India, winning all their matches in straight games.

Having talked up his team’s chances, India’s head junior coach, Sanjai Mishra, was at pains to explain his players’ meltdown. The loss of Men’s Singles was key, he noted, with the flashy Lakshya Sen being cut down, 21-13 21-15, by Leong to put Malaysia 2-0 ahead. In Women’s Singles, Ashmita Chaliha was no match for Goh who, though still just 17, is a veteran at this level. Tuning up for the individual tournament next week, Goh sailed through 21-12 21-12. 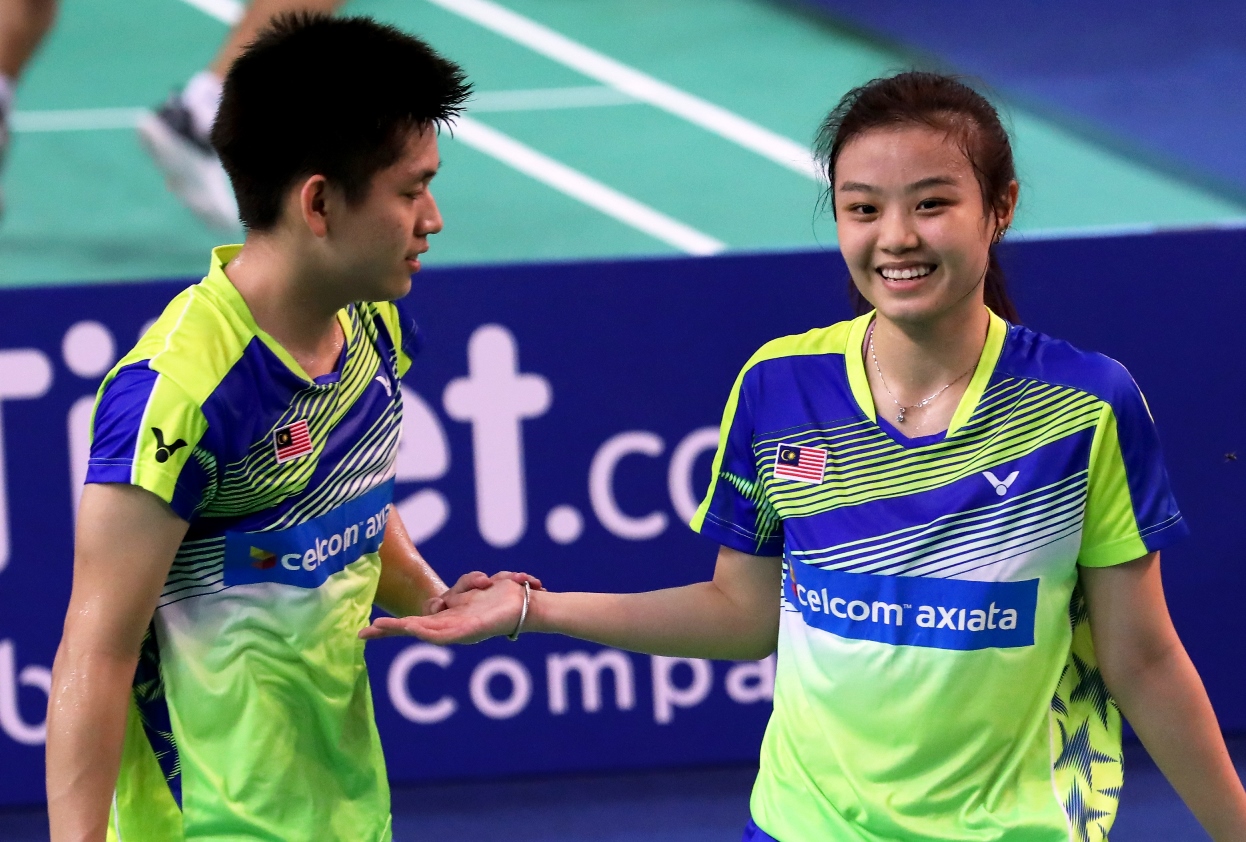 “It feels good to deliver the winning point. The score may look easy but the process is quite tough. There are so many good countries here so we are glad to get a medal,” said Goh.

Malaysia head coach Kwan Yoke Meng admitted surprise at the ease with which his players squashed the Indian challenge.

“India played under expectation. Nonetheless I am happy with my players. We have justified our ranking. I think we have a good chance to get to the final again.”