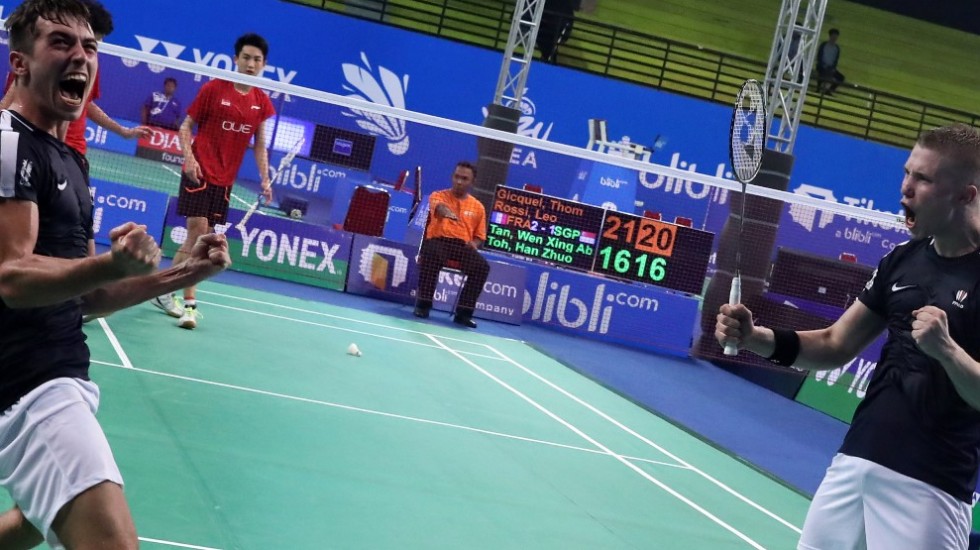 France have reached the quarter-finals of the BWF World Junior Mixed Team Championships for the first time ever.

Gunning to surpass their previous best of 11th place in the prestigious tournament – achieved last year in Bilbao – the ambitious Europeans took advantage of an inexperienced Singaporean side, winning tonight’s play-off to top Group B by a 3-1 margin at GOR Among Rogo Arena in Yogyakarta.

A fired-up Thom Gicquel was the hero for the Tricolore, starting the quest for unprecedented glory in Mixed Doubles with Vimala Heriau and returning for the last rites in Men’s Doubles. He and Heriau defeated Toh Han Zhuo/Wong Jia Ying, 21-19 21-18, and France’s grip on the tie strengthened when Arnaud Merkle powered past an erratic Koh Jia Wei, 21-16 21-15, in Men’s Singles to give his country a 2-0 lead.

Seeded 5-8 and with Singapore floundering badly, France fancied taking one of the three remaining matches. However, their celebrations were put on pause as an ice-cool Yeo Jia Min showed why she is the world No.2 junior in Women’s Singles, dismissing Margot Lambert, 21-8 21-13, to keep Singapore in the hunt. It was not to be though as Gicquel and Leo Rossi (featured image) – both in their last World Juniors outing – made no mistake in Men’s Doubles. 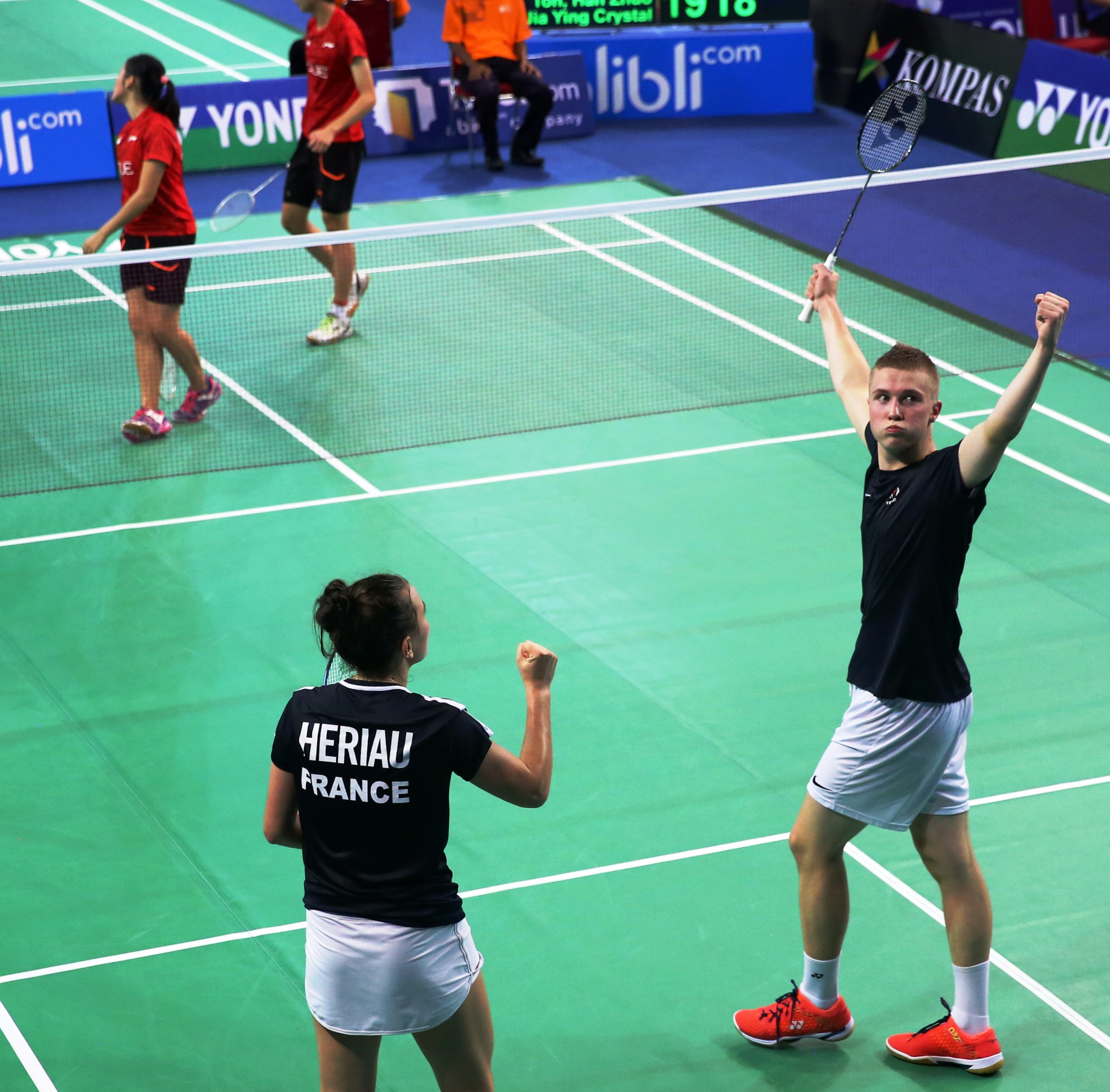 Urged on by merry-making team-mates and fans, the pair were all over Toh and Tan Wen Xing, dismantling the Lion City youngsters, 21-16 21-16, to ensure a new landmark in France’s badminton history.

“We are very happy and proud. It’s the first time for France in the quarter-finals and we played well,” said 18-year-old Gicquel.

Rossi, 17, credited the team’s confident spirit and diligent preparation for their success. 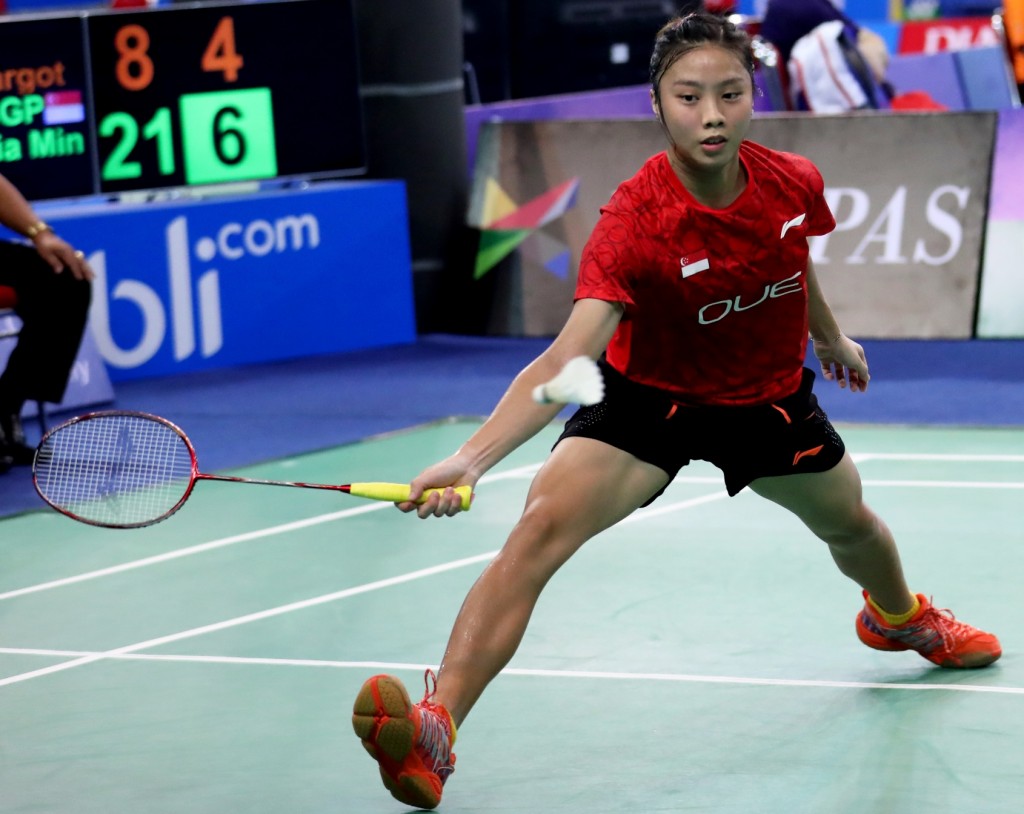 “We knew it would be tough but we felt we could do it. We trust our game and we know we are a good team. We did everything we could to prepare for this match.”

Team manager Christophe Jeanjean was thrilled with the result, noting the players have had to overcome conditions to which they are not accustomed.

“They are not used to heat and wind and we had some minor injuries and sickness but we managed to get them prepared for this match and we are very happy with their performance.”

Regarding the prospect of advancing to the semi-finals and earning a medal, he smiled and replied: “We are very ambitious but it’s one thing to think about it and another thing to do it. We have one day’s rest and we will prepare really well for our quarter-final.”

“It’s the first outing for most of them at this level. They are not yet mature enough to handle pressure. They will learn from today’s match and hopefully handle it better in the future,” he said, lauding Yeo Jia Min for leading her young peers by example. 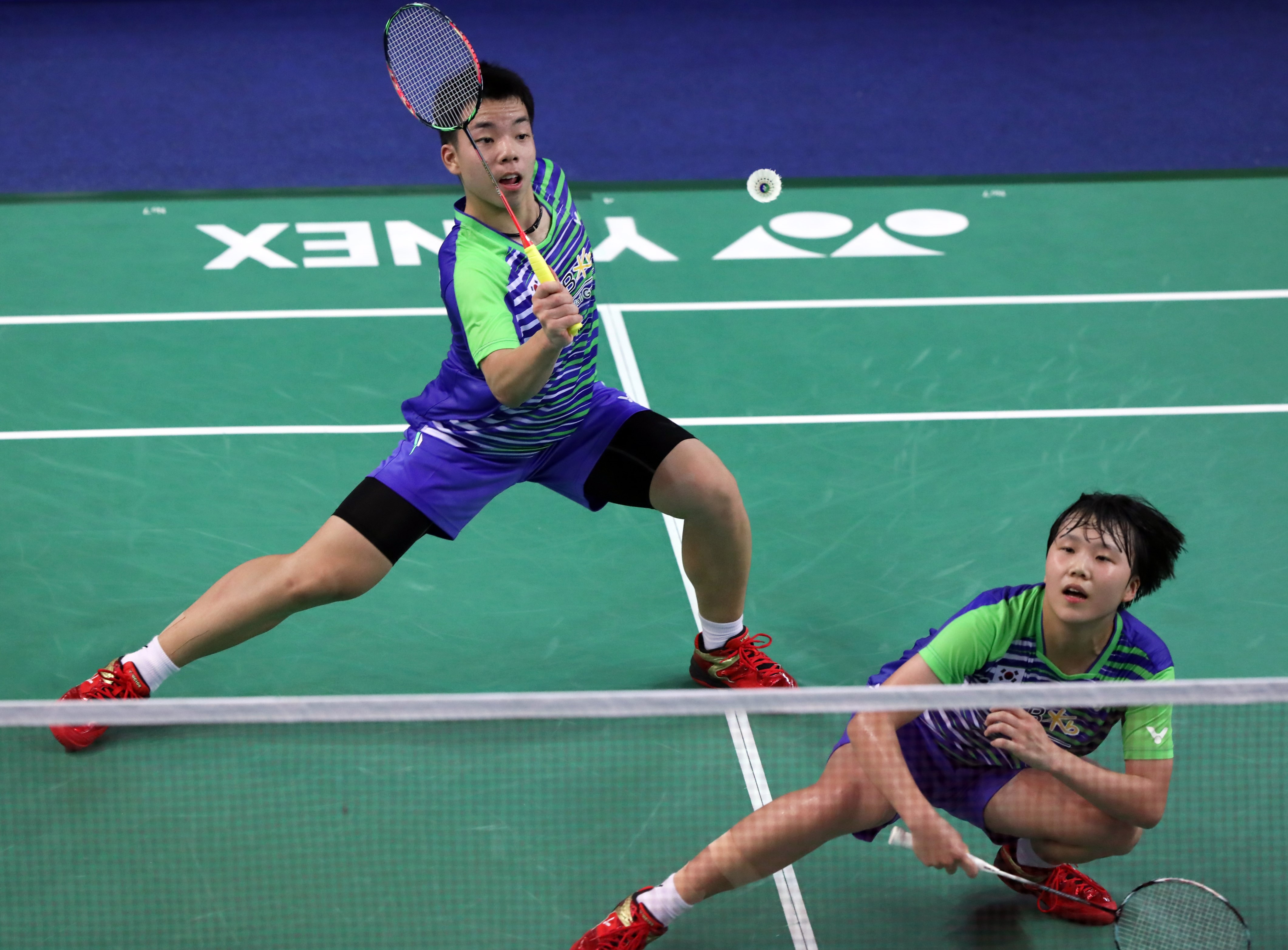 Top seeds Korea and joint 3-4 seeds, Malaysia, also won their group play-offs to book quarter-final berths. The latter breezed by Poland 3-0 to wrest Group C while Korea dodged a bullet in their shoot-out versus Russia to determine who would top Group A. The 3-1 victory belied the tough struggle which Korea – only using four players in this event – had with their Russian rivals, particularly in the opening Mixed Doubles cliff-hanger. Dong Ju Ki and Jung Min just about pulled through against Mikhail Lavrikov and Anastasiia Semenova, though dropping the first game (20-22 21-19 21-19  ). An Se Young was far more assured in Women’s Singles, quickly ousting Anastasiia Pustinskaia 21-10 21-7.

A determined Georgii Karpov kept fighting back in Men’s Singles versus Kim Seong Jae and ultimately gained his reward: 21-19 15-21 19-21. That spark of hope was snuffed out in half hour as An and Jung overcame Semenova and Anastasiia Shapovalova, 21-14 21-15, in Women’s Doubles.

Korea will be across the net from France in the quarter-finals while the other five quarter-finalists will be determined tomorrow.