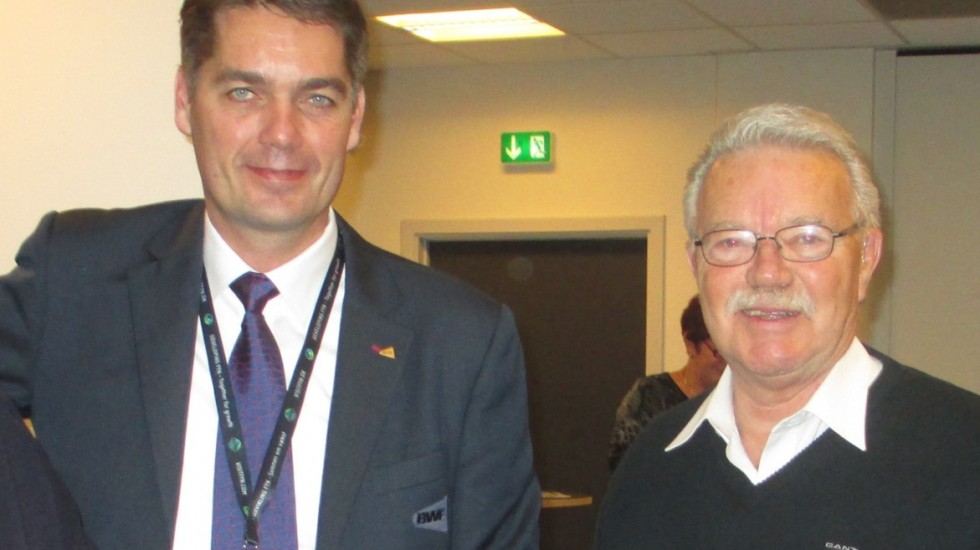 Badminton World Federation mourns the passing of one of the sport’s iconic personalities and BWF Honorary Life Vice-President, Tom Bacher.

The 75-year-old, who passed away yesterday in his native Denmark, served badminton nationally, continentally and internationally as an administrator following a distinguished career as a player, coach, selector, team manager and umpire. 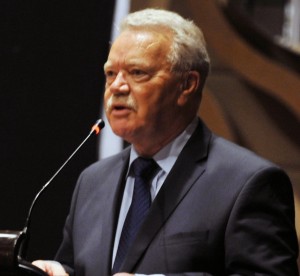 He contributed particularly to business side of the sport, serving from 1982 to 1992 as Chairman of the Open Badminton Committee, which initiated and developed the international prize-money events. The reform of the Thomas and Uber Cup in 1982, which greatly improved the attraction of the event and created the financial basis of the federation for a decade was the brainchild of a small working group with Bacher, Arthur Jones and Roger Johansson meeting in Bacher’s garden one weekend. The establishment and growth of the World Grand Prix – now remodelled into the BWF World Superseries – was another major contribution from Bacher and his committee.

“Tom Bacher has made an invaluable contribution to badminton’s global development as a business and a sustainable financial entity. His visionary service and leadership have been to the benefit of generations of players who now make a living from badminton,” said BWF President Poul-Erik Høyer (featured image, left; with Tom Bacher).

“Beyond this, his overall desire to see our sport progress on all levels, led Tom to give freely of his time and experience. Badminton is fortunate to have had him and we will always remember him fondly and how much he has given to our sport. He has left an outstanding legacy.”

Bacher came to prominence in the 1960s and early 1970s as a talented badminton player and initially made his mark as runner-up in the Danish National Men’s Singles. However, it was as a doubles player that he enjoyed most success, winning numerous international titles on the European circuit before producing the big win of his career, partnering Poul Petersen in the 1970 All England Championships Men’s Doubles final in which the unseeded Danish pair defeated English favourites David Eddy and Roger Powell 15-11 15-0.