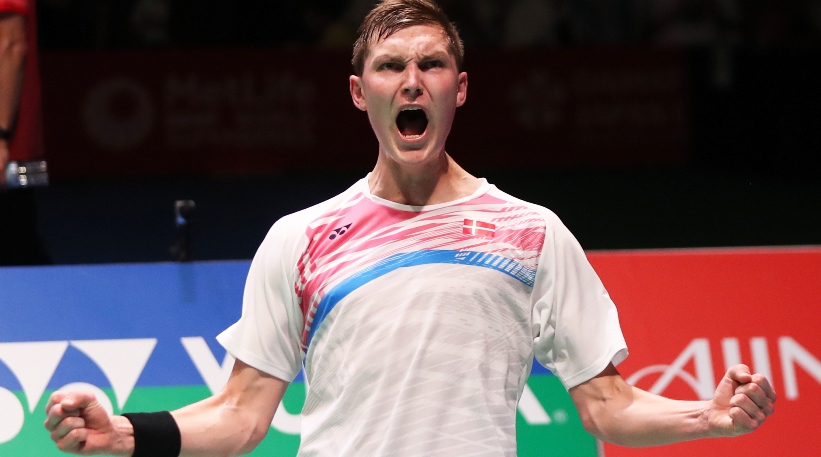 As fans globally waited to see who would emerge triumphant when the dust settled inside Tokyo Metropolitan Gymnasium, it was the Dane who savoured glory over the title-studded veteran who was seeking his seventh crown in the Japanese capital; the 21-14 19-21 21-14 outcome helping to strengthen Axelsen’s claim to being the world’s best player right now.

On the heels of his World Championships victory a month ago, the 23-year-old will happily don the title of world No.1 when the rankings are updated on Thursday. Having defeated the impressive triumvirate of Lin Dan, Chen Long and now Lee Chong Wei – not to forget current world No.1 Son Wan Ho of Korea – over the past month, it’s certainly a mantle he can comfortably assume. 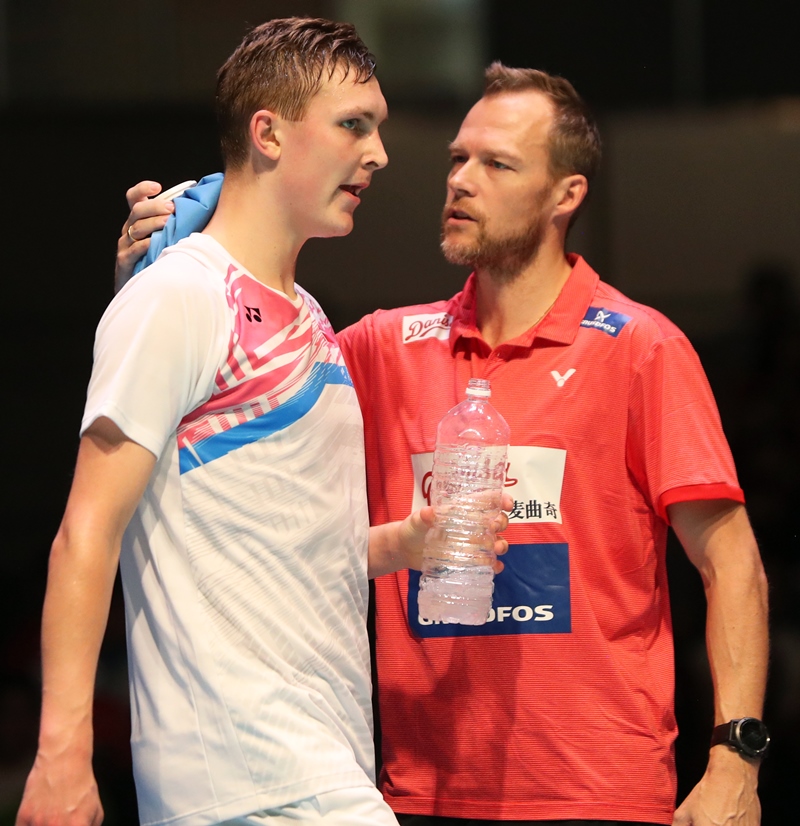 While he brushed aside China’s Lin and Chen in straight games in Glasgow, and meted out similar treatment to Son in yesterday’s semi-final, Axelsen (featured image) had to work harder, and perhaps dig deeper, versus the wily Malaysian whom he had only beaten once previously.

Having led the first game from start to finish with a combination of back-court big hitting, slick angles and light touches around the net, the imposing right-hander appeared destined for another straight-games conquest at 18-14 ahead in the second game. However, Lee was not done yet, though he let slip a 13-10 advantage as Axelsen enjoyed a run of seven unanswered points.

Striking some telling body shots that Axelsen failed to negotiate properly, Lee pulled himself back into contention. Two errors by Axelsen at 19-19 earned Lee a decider but programming was virtually a repeat of the first game, with the Dane bounding out of the blocks purposefully and thumping winners at will. Lee was almost a bystander and, with 11-4 showing in Axelsen’s favour at the mid-game changeover, even fans chanting “Lee Chong Wei” didn’t sound convinced that this badminton wizard had any tricks left.

A four-point flurry, with Axelsen securely poised at 20-10, was all the 34-year-old could muster before another thunderous smash brought Axelsen his third Superseries crown. Interestingly, his win was the second sporting success which the town of Odense savoured in Tokyo today, with its other famous athlete, tennis player Caroline Wozniacki, winning the Pan Pacific Open earlier in the Asian city. “I am really happy to perform at this high level after the World Championships. I think I have showed these last couple weeks that, when I play my best and I am in good place both physically and mentally, I am a strong competitor for these titles. I am really proud. My dreams are coming true, winning these tournaments, especially the World Championships and becoming world No.1 as well,” said the Rio 2016 bronze medallist.

“I don’t like to focus too much on the world rankings. I know that if I keep my head in the game that the rankings will give me the reward. I just try to focus on the tournaments and the results and the ranking will of course follow.”

Unflustered by the loss, Lee said he gave his best, though he didn’t play as well as he would have liked in the final. Axelsen, he noted, is now a more assured personality on court. 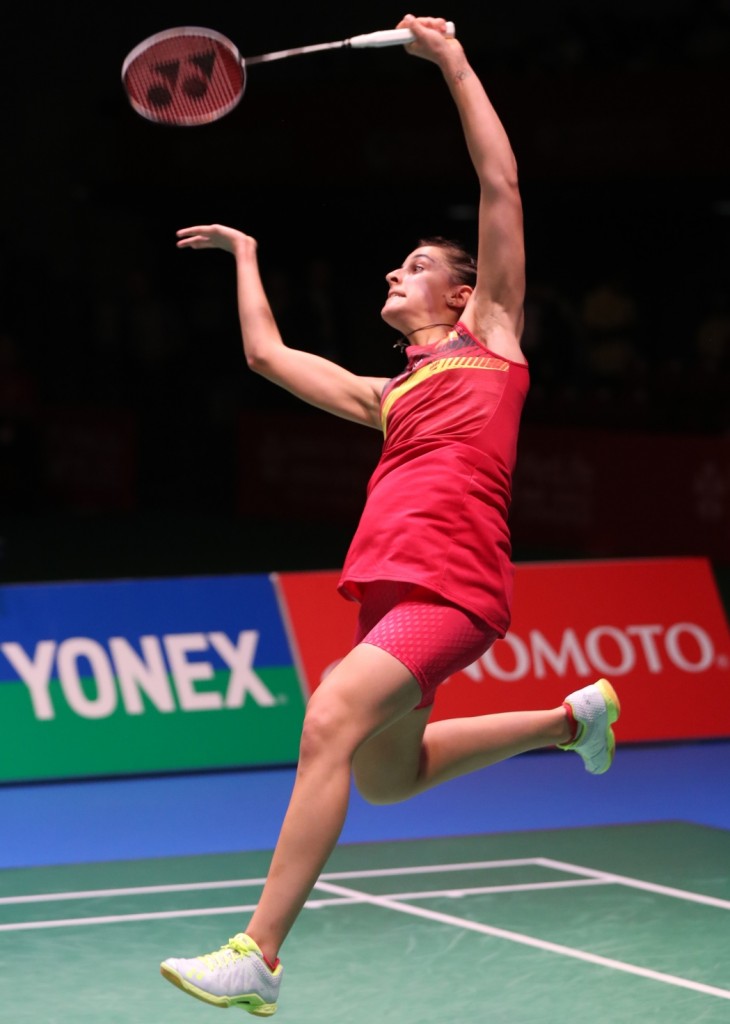 It was a continental double for Europe in the singles events as Carolina Marin – who had been frozen out of the Superseries winner’s circle for 22-months – won the battle of the left-handers.

In securing the 23-21 21-12 triumph, the Olympic gold medallist displayed two of her deadliest qualities en route to beating China’s He Bingjiao who was also aiming to repeat as champion at this event.

First, the Spaniard’s iron will and ability to scrap out the points in a tight battle were to the fore as she saved three game points to deny her opponent the opening advantage. Of course, she made no mistake in grabbing it at the first time of asking.

Upon switching sides, the 24-year-old then unleashed the full force of her strokes, freely bludgeoning her way to an 18-4 lead that effectively knocked out a dazed He. Nonetheless, the 20-year-old managed a clutch of points to bring some respectability to the scoreboard before Marin ended her misery.

Basking in the Superseries spotlight for the first occasion since Hong Kong in November 2015, the delighted champion said: “I had to fight hard today because she was doing well from the start. This was a good week for me, though I was disappointed not to play (Nozomi) Okuhara yesterday.

“It was very important to win the first game and to show her, in the beginning of the second game, that she doesn’t have any chance to come back to beat me.” 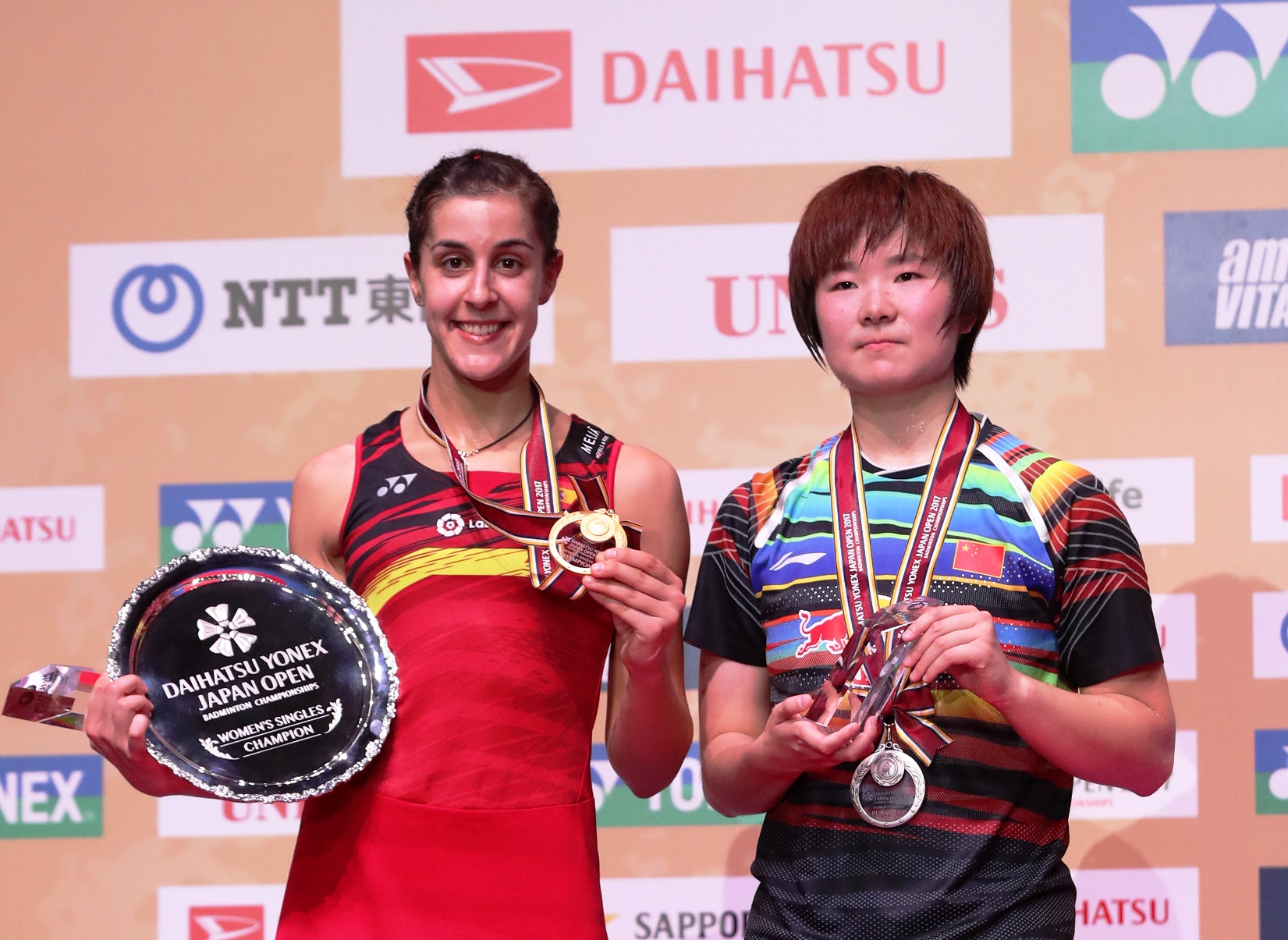 Adding she has learnt from tough losses to players like Tai Tzu Ying, Pusarla V Sindhu and Okuhara, the two-time World champion sent a message to her peers that she is gunning for the world No.1 ranking again and is ready to compete for many more titles.

Runner-up He Bingjiao acknowledged she was rattled by Marin’s onslaught early in the second game but later regained her composure. Citing confidence as a key asset, she assessed: “The difference between me and Marin is she is confident all the time and she has more experience. I think she becomes stronger every year.”