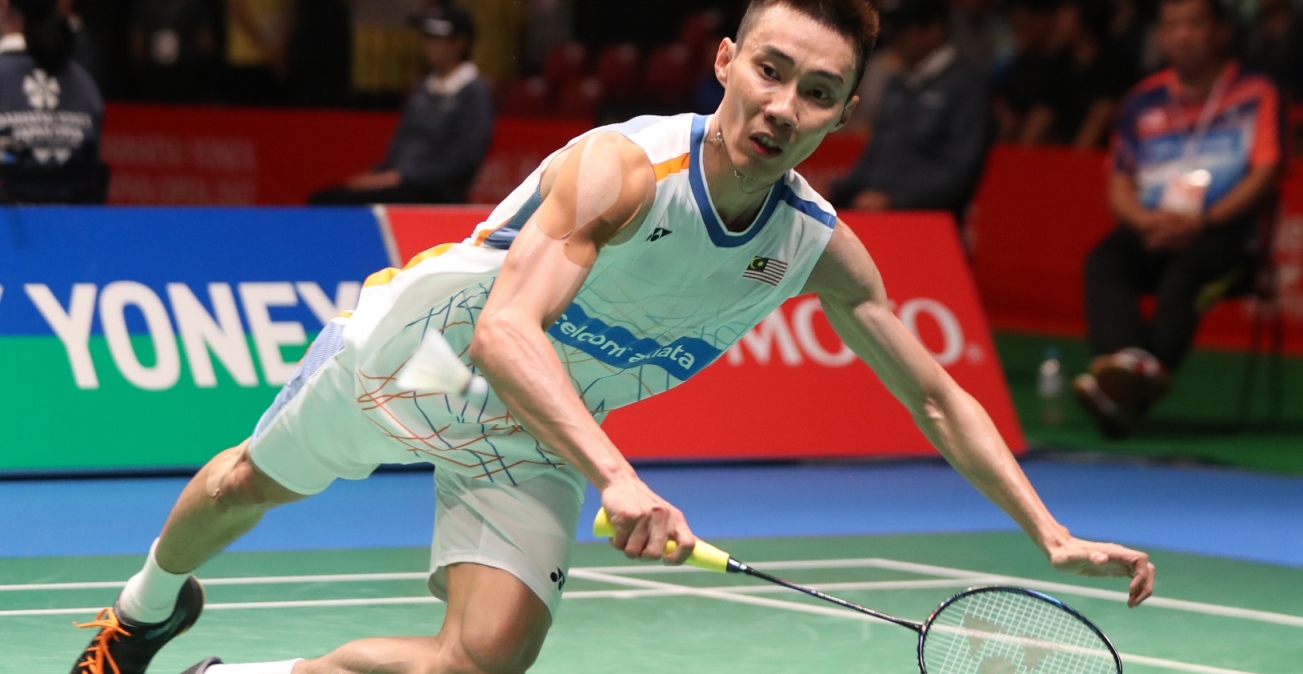 Playing better and better with each match, Lee Chong Wei today proved rumours of his demise are significantly exaggerated, striding into the finals of the DAIHATSU YONEX Japan Open 2017 in commanding style.

The Malaysian Men’s Singles maestro stunned Chinese young gun, Shi Yuqi, in 39 minutes – 21-19 21-8 – to give himself a shot at retaining his Tokyo title and get back to his winning ways after being bounced out of last month’s World Championships in the first round.

However, the 34-year-old faces an intriguing battle versus newly-minted World champion, Viktor Axelsen; with the big Dane appearing to have bottled the ominously-good form he showed in Glasgow and brought it to Japan. He, too, impressively ensured his place in tomorrow’s showpiece with a controlled 21-16 21-16 win over top seed Son Wan Ho who was powerless to stop his smooth-moving rival despite a late surge to tie the scores (15-15) in the second game. “I knew it would be tough. Son Wan Ho is world No.1 for good reason but I am really happy with my attacking game. There were a few mistakes but I handled the situation well,” said 23-year-old Axelsen.

“I respect Lee Chong Wei a lot. He has won so many tournaments and I have only beaten him once. Tomorrow will be really tough but I am looking forward to it.”

In the first semi-final, Lee had to grapple his way into contention as Shi raced ahead 11-4 at the interval in the first game. That later became 17-12 to the Chinese, with his elder opponent clearly unsettled and seeming likely to drop the first game. In a flash, everything changed, with Lee striking a series of flashy winners and dancing around like a guy half his age. It was now Shi’s turn to be perplexed – or even “angry” as he later admitted – as the match was ruthlessly ripped from his grasp – never to return. Increasingly asserting his authority, Lee hurtled towards the final and, at 18-5 in the second game, was probably already thinking about what he would have for dinner, having just about finished off Shi for lunch.

“Today was better. I am enjoying this Japan Open and I hope I can win the title for a seventh time. In the first game, I could not get into my rhythm and he had a big lead but, like in my other matches, I focused on point by point and kept fighting,” said Lee, adding he is proud to show he can still reach the semi-finals and finals of events despite debates about his age and form.

“I am enjoying my career – my badminton life. I don’t know when I will retire. I will go all out in the tournaments I play and enjoy myself.”

Women’s Singles title-holder, He Bingjiao, also has the chance to continue her reign as queen of the Japan Open. She defeated her Chinese team-mate and blossoming talent, Chen Yufei, in straight games. Seizing her third opportunity to wrest the honours, He won 21-14 25-23, denying Chen two game points to force a decider.

The defending champion will play Olympic gold medallist, Carolina Marin, in the final. The Spaniard advanced by walkover after her semi-final opponent, Nozomi Okuhara, withdrew with a knee injury.