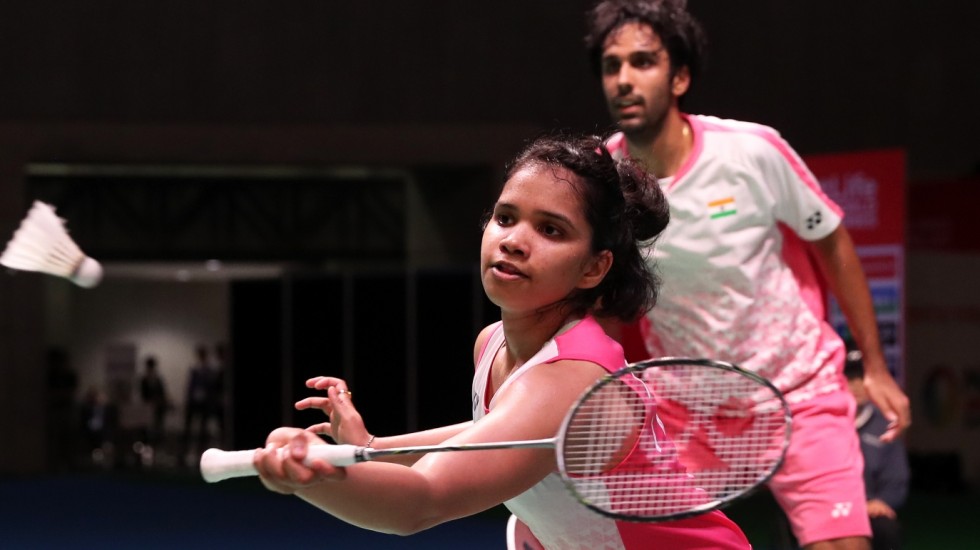 Three pairs, yet to establish themselves in Mixed Doubles, advanced to the DAIHATSU YONEX Japan Open 2017 semi-finals today; one of them ousting the top seeds along the way.

team-mates, Lu Kai and Huang Yaqiong, no mercy, sending the No.1 seeds packing, 21-16 16-21 21-16. For their efforts, they get another crack at Praveen Jordan/Debby Susanto – the No.4 seeds who beat them last Sunday for the title in Korea. The Indonesians held off a stiff challenge from another upcoming duo, Wang Chi-Lin/Lee Chia Hsin, rebounding to triumph 18-21 21-18 21-16 over the Chinese Taipei partnership.

The other Mixed Doubles finalists will be either Takuro Hoki/Sayaka Hirota of Japan or India’s Pranaav Jerry Chopra/N. Sikki Reddy. The latter pulled themselves together in the nick of time to pip Korea’s Seo Seung Jae/Kim Ha Na (21-18 9-21 21-19). Roared on by strong home support, Hoki and Hirota surprised even themselves to reach the final four with a polished 21-17 21-14 rout of experienced Hong Kongers, Lee Chun Hei/Chau Hoi Wah.

Hirota, who later won her Women’s Doubles quarter-final with Yuki Fukushima, has the chance of two titles on home court. 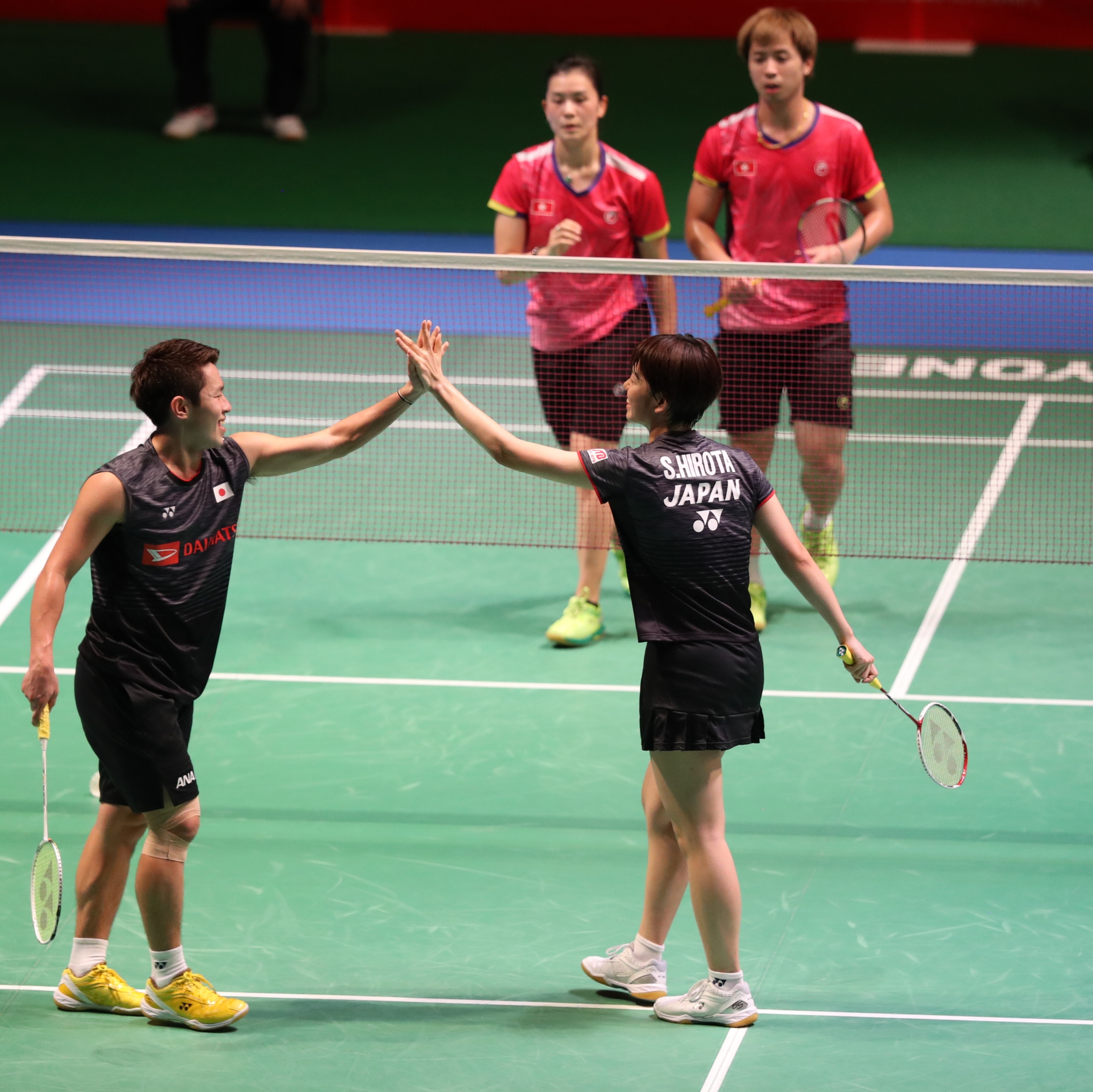 “I didn’t expect to reach this far in Mixed Doubles. I was able to move faster to the net and get the opponents to return the shuttles high, thus giving Hoki chances to smash,” she said, assessing the match.

Her partner, more known for Men’s Doubles, was delighted with the outcome, noting he is “taking things as they come”.

“My partner is still in Women’s Doubles also so I will try to work hard so she can save some energy,” he added. 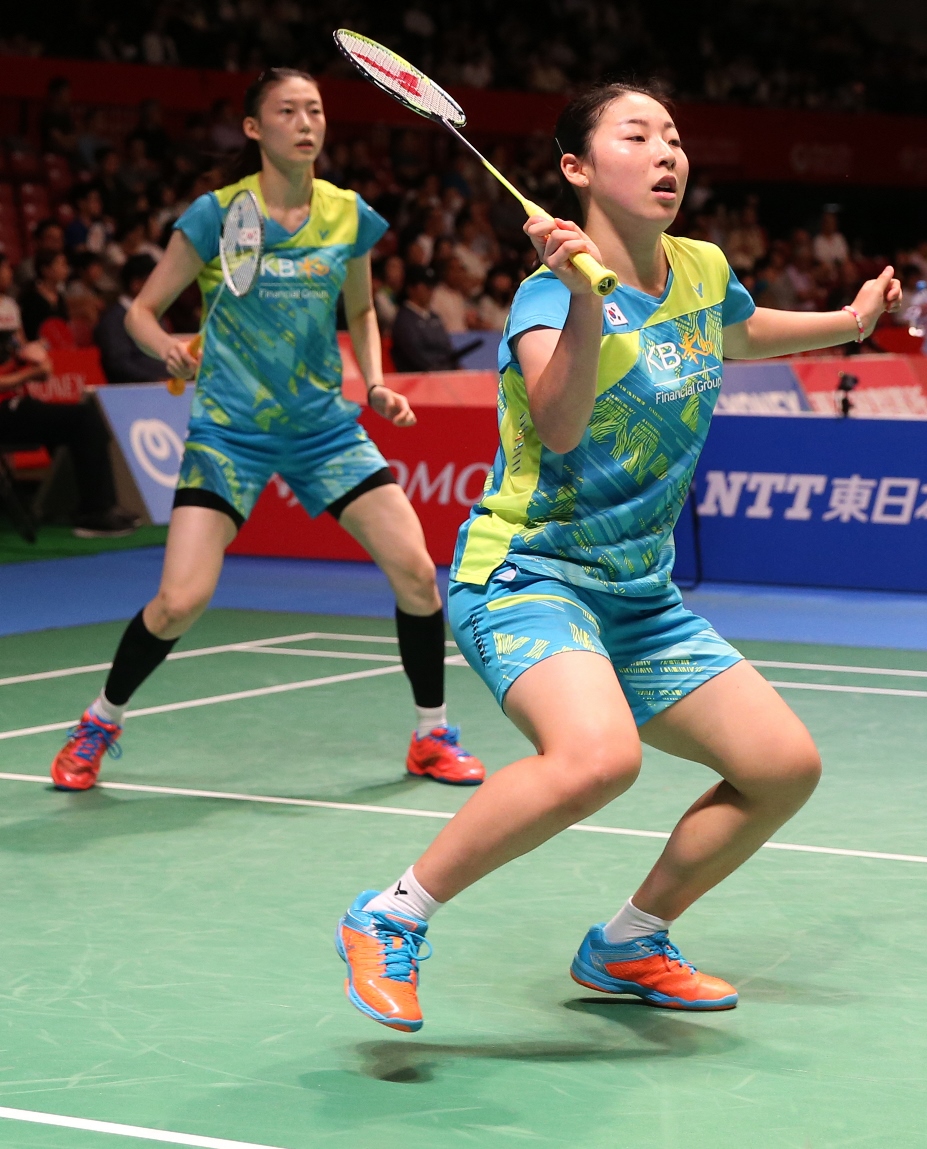 Snatching the last five points from 16-19 down, the Chopra-Reddy outfit (featured image) were equally thrilled with their “breakthrough”, stating they have run some top mixed pairs close without getting over the line.

“We only started playing Superseries this year but we have had some good matches. We almost gave it away in the third game but we focused on what we should do and we are really happy,” said Reddy.

Meanwhile, Hirota and Fukushima mounted a sterling comeback versus No.3 seeds, Chang Ye Na/Lee So Hee (18-21 22-20 21-18) to set up an all-Japan clash with Misaki Matsutomo and Ayaka Takahashi in Women’s Doubles. The Rio 2016 champions beat another Japan duo, Shiho Tanaka/Koharu Yonemoto (21-12 14-21 21-13). The hosts also have a stake in the other semi-final which features Naoko Fukuman/Kurumi Yonao versus Korea’s Kim Ha Na/Kong Hee Yong.

Men’s Doubles proved bitter-sweet for home fans. They witnessed Russia’s Vladimir Ivanov and Ivan Sozonov rebound to beat local favourites, Takeshi Kamura and Keigo Sonoda (24-26 22-20 21-19), in an exciting nail-biter while Takuto Inoue/Yuki Kaneko maintained Japan’s interest in the category, defeating Malaysia’s Ong Yew Sin/Teo Ee Yi (21-15 21-18). These two pairs will battle in one semi-final while the other has thrown together Denmark’s Mathias Boe/Carsten Mogensen and the Indonesian pair whom they beat on Sunday for their third Korean title – Marcus Fernaldi Gideon/Kevin Sanjaya Sukamuljo. 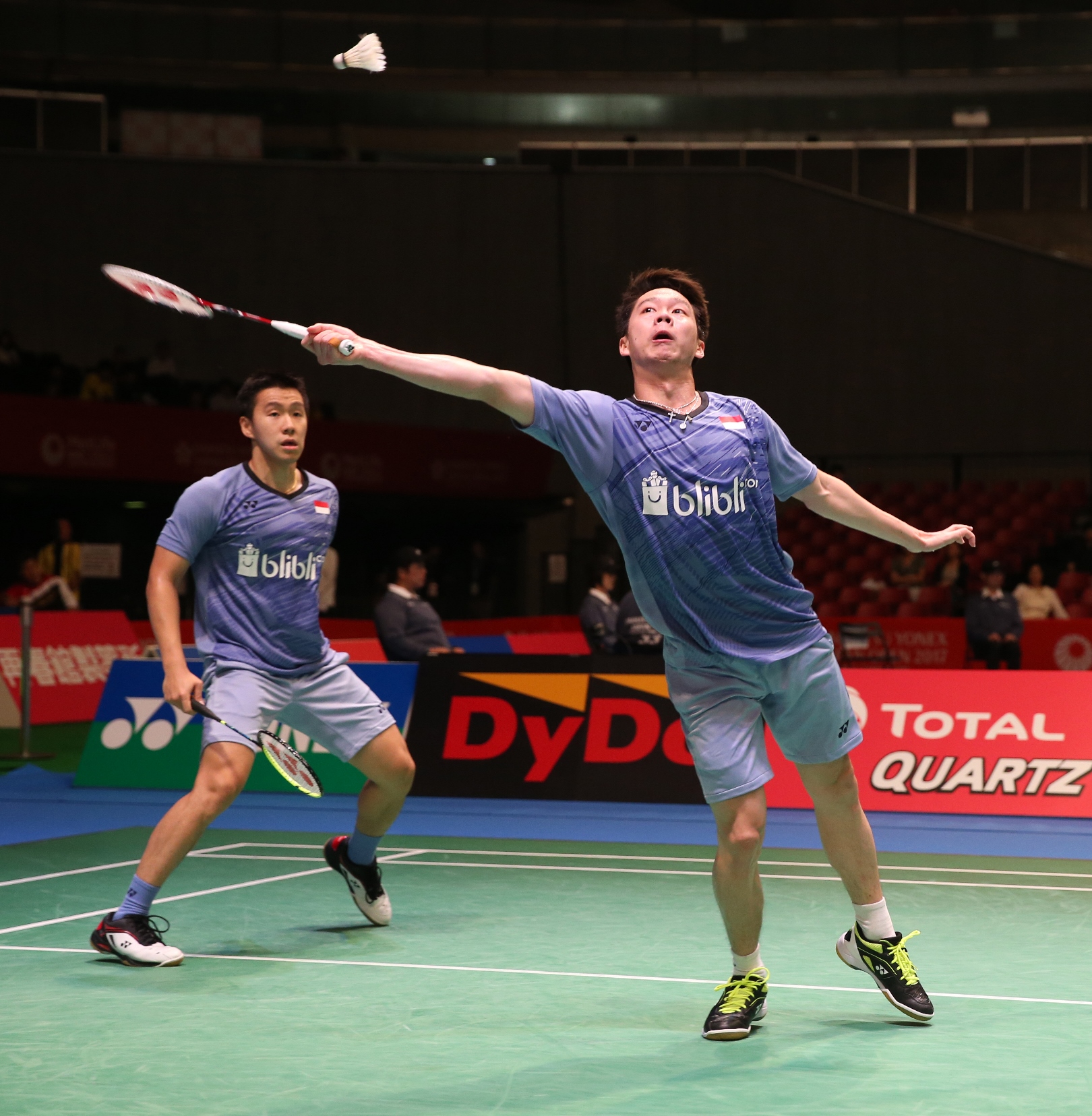