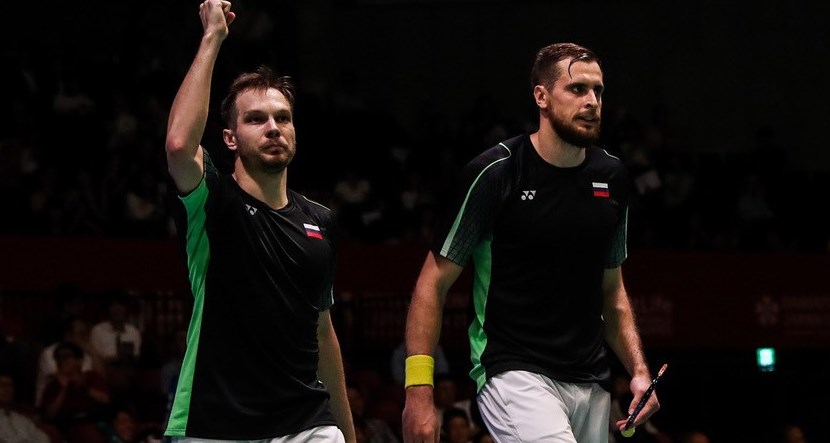 Vladimir Ivanov and Ivan Sozonov did not make the same mistake as their Indonesian counterparts, holding their nerves to win a gruelling battle versus the Men’s Doubles World champions today in Tokyo.

and Zhang Nan, converting their fourth match point in the tense third-game shoot-out.

For a moment, it seemed the Chinese were destined to reprise their first-round escape – in which they staved off four match points to beat Indonesia’s Berry Angriawan and Hardianto Hardianto – but it was not to be. Having saved three match points and then losing one of their own, the No.7 seeds failed to ‘get out of jail’ a fourth time as Sozonov attacked resolutely to secure the match. The Russians now face Japan’s No.4 seeds, Takeshi Kamura/Keigo Sonoda, in the quarter-finals.

“It’s very good for us to beat the World champions. The last few points were huge and we were lucky.

“We have played well against other top pairs before and had chances to win but then lost. We are so happy to win today. I think we are coming back to our top level,” declared a relieved Sozonov. 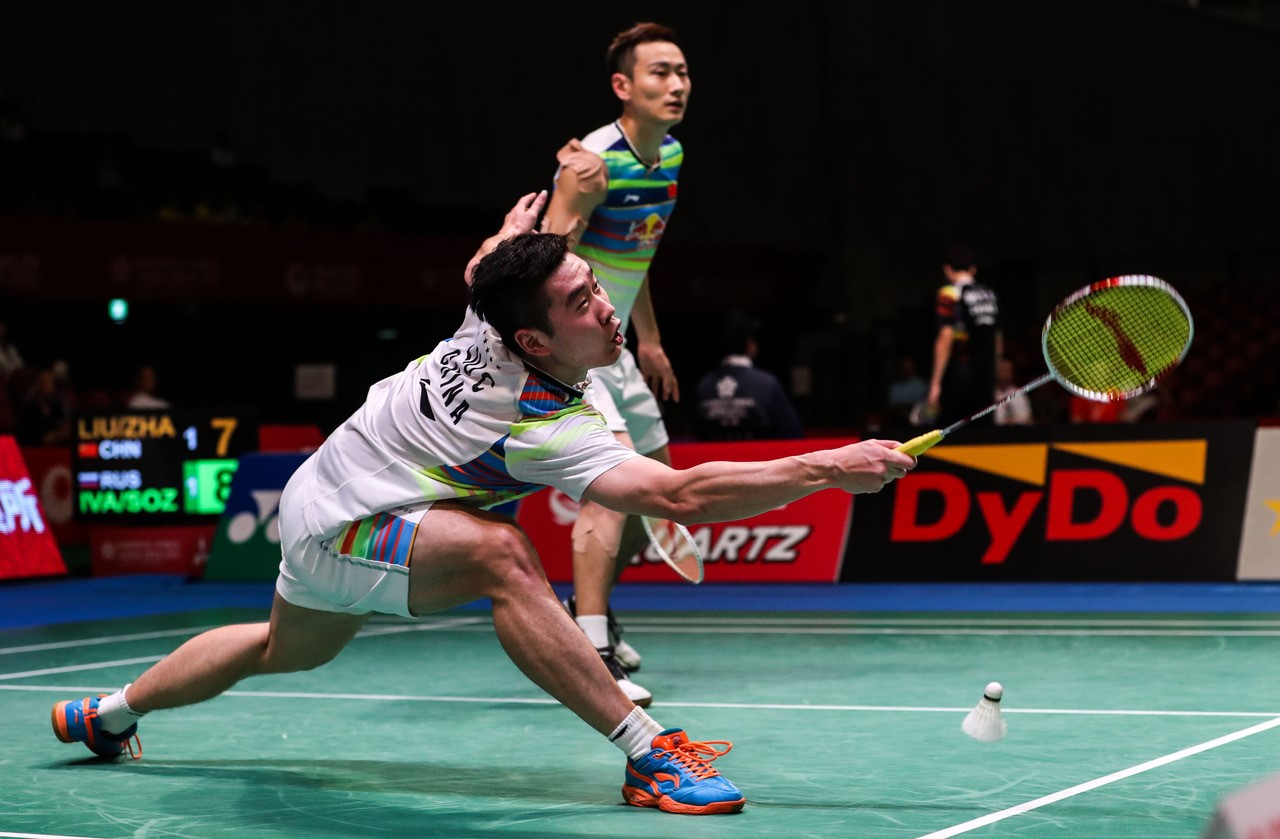 There was another upset in the category as Ong Yew Sin and Teo Ee Yi defeated No.8 seeds, Lee Jhe-Huei and Lee Yang. In their last tournament as a pair, the Malaysians were ecstatic to reach a Superseries quarter-final, dismissing their Chinese Taipei rivals, 21-18 21-12.

“We are proud of our performance. They are ranked higher than us so we were not pressured at all. We are looking forward to the quarter-finals against Japan,” said Ong.

Women’s Singles also had a mild surprise as out-of-sorts No.7 seed, Ratchanok Intanon, was knocked out by the increasingly-impressive Chen Yufei. 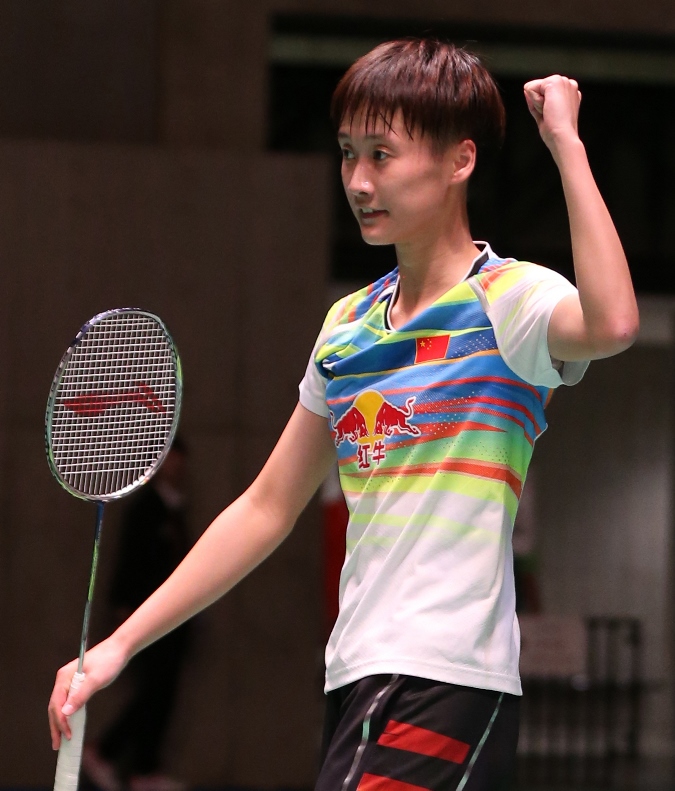 Riding high after her bronze-medal run at last month’s TOTAL BWF World Championships 2017, the 20-year-old proved too much for the talented but sometimes temperamental Thai star. The Chinese young gun advanced to the last eight, 21-15 21-17.

“I am getting more experience and learning more about strategy and also improving my physical condition,” said Chen, when asked about her rising status in the very competitive category.

Meanwhile, Chou Tien Chen of Chinese Taipei survived a torrid test from veteran Men’s Singles player, Hans-Kristian Vittinghus. The latter grabbed the first game with his trademark energetic exploits and earned a match point in the second. However, Chou snuffed out that danger; went on to snatch the game and then dominated the decider as his Danish rival’s standard waned.

“I got lucky in the second game. He wanted to finish in two games. I tried to push him and have more rallies because he seemed a little tired,” said the No.4 seed who prevailed 19-21 24-22 21-13 and will battle Malaysia’s Lee Chong Wei for a semi-final spot. 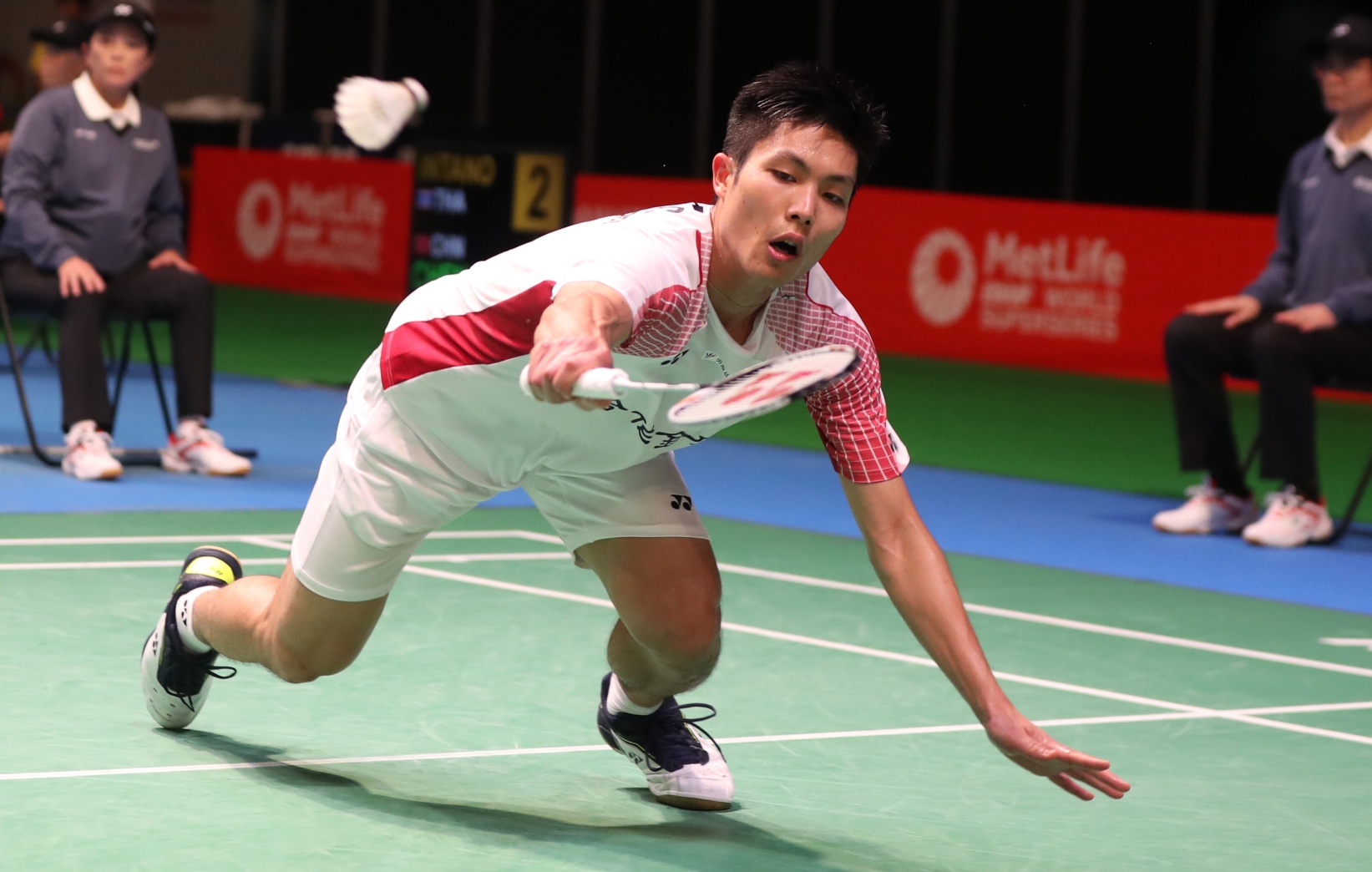 The survival skills of Indonesia’s Praveen Jordan and Debby Susanto were also to the fore as they overcame a spirited challenge from Satwiksairaj Rankireddy and Ashwini Ponnappa. The Indians failed to capitalise on their 20-16 advantage in the first game but made amends in the second to earn a third game. The Indonesian No.4 seeds rose to the occasion, pulling away for a 29-27 16-21 21-12 triumph. 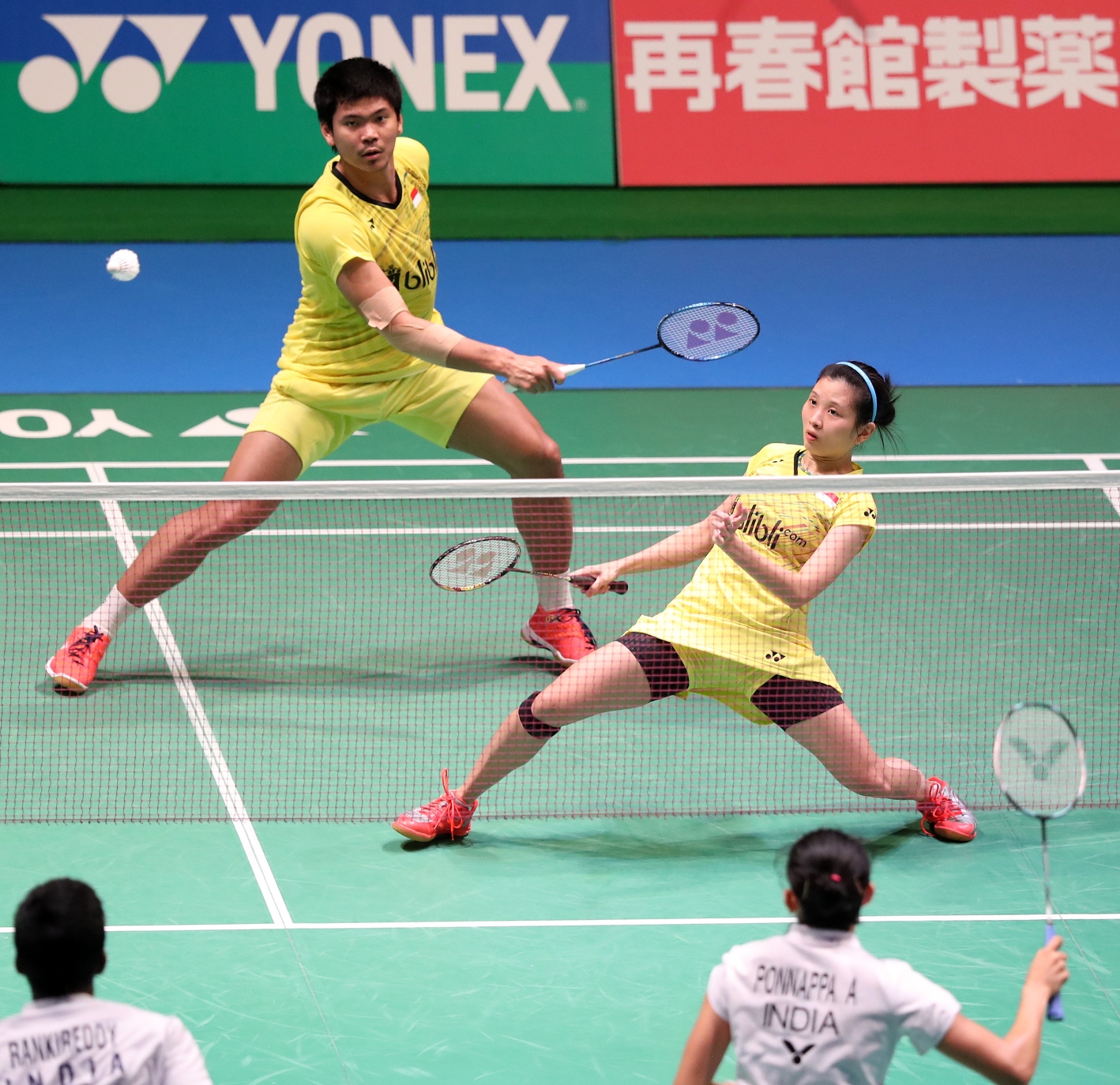 “They beat Tontowi Ahmad/Gloria Widjaja in Sudirman Cup 2017, so we prepared to play tight, even as long as three games. We analysed how they play and I think they have potential. In the first and second games, we play in their rhythm, but in third game we changed our pattern, that’s why we were always leading,” said Jordan.

“I am pretty disappointed. I don’t think we played up to the mark. We have to take our chances. I am sure with more matches we will get there,” said the experienced doubles player. 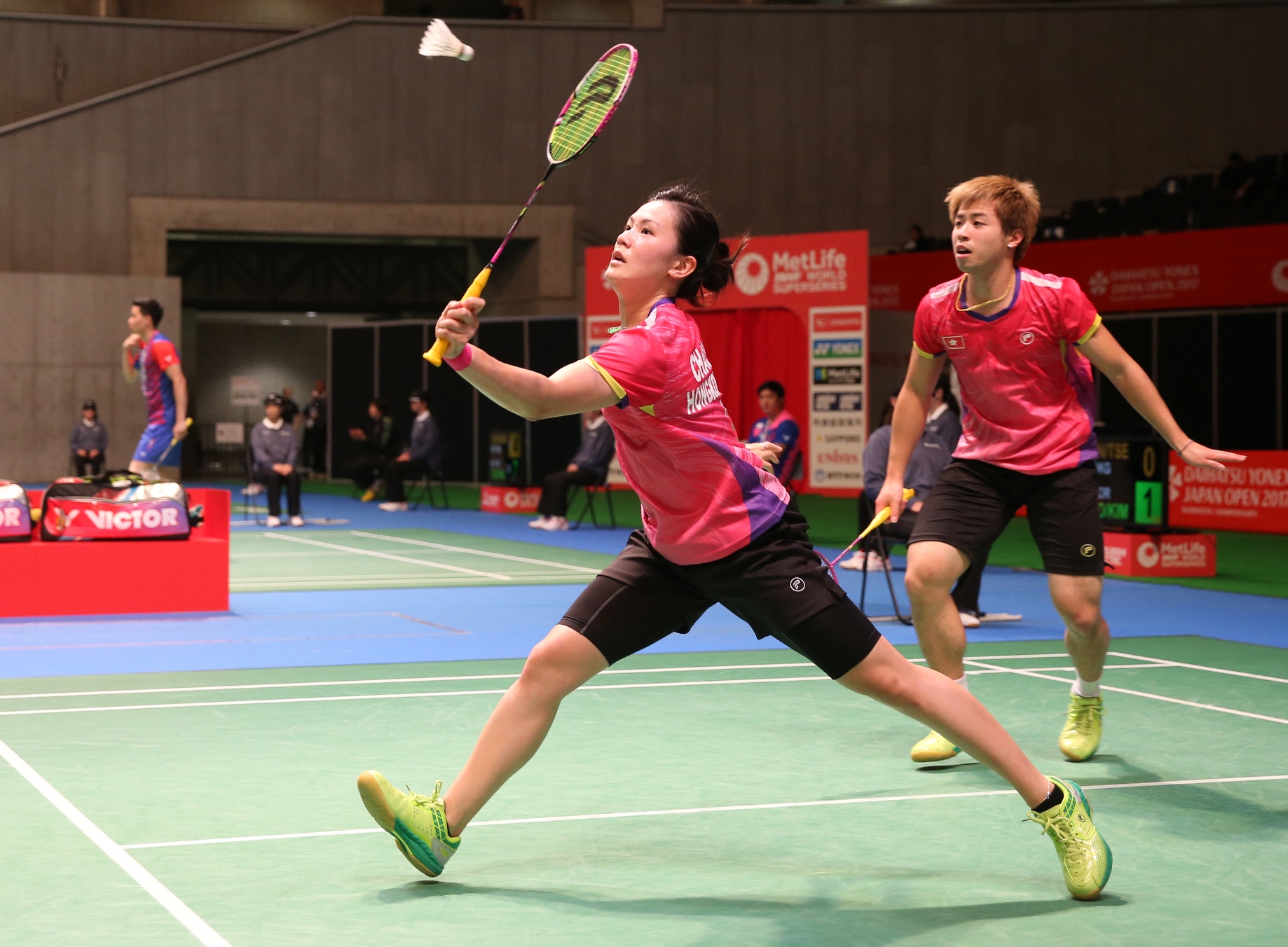