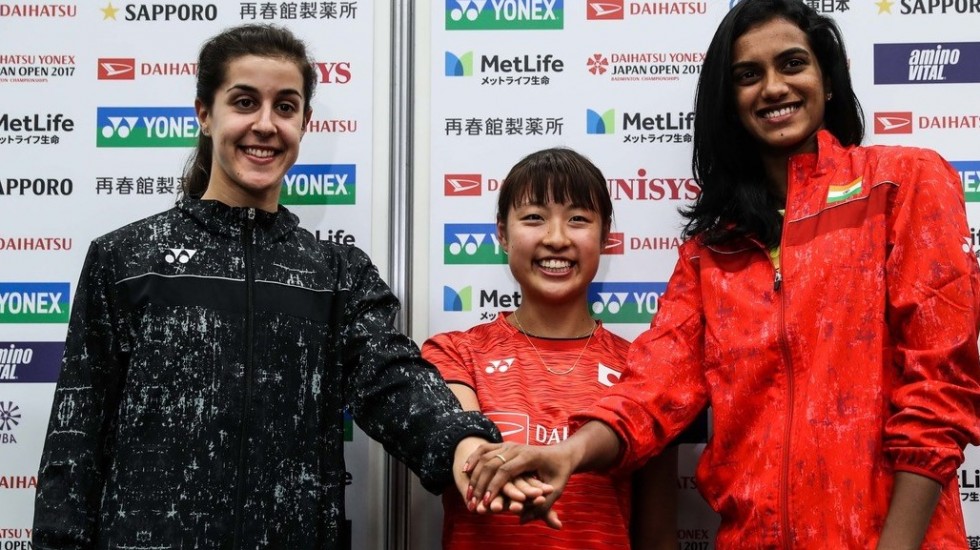 The buzz at the DAIHATSU YONEX Japan Open 2017 is all about the showdown in Women’s Singles, particularly with the prospect of a second-round clash between Japan’s Nozomi Okuhara and Pusarla V Sindhu of India.

Fans, media and others with an eye on the event mean no disrespect to either player’s first-round opponent but they are crossing their fingers for a third instalment of what is quickly becoming one of badminton’s hottest rivalries, following their marathon 110-minute World Championship final and last Sunday’s 83-minute title-decider in Korea.

At a press conference today, both players rued the draw has fated that one of them will definitely be out before the third round but promised spectators can expect another tough match if they meet on Thursday.

“Yes, I hope to continue the great rivalry. Winning this tournament (in 2015) was my first Superseries success. It was a stepping stone for me. It is my home tournament and I want to show how well I can play and how much I enjoy playing.

“You have to constantly adapt your tactics because players like Sindhu get used to your tricks so I need to play well and be careful if I want to win,” said unseeded World champion Okuhara who faces Hong Kong’s Cheung Ngan Yi in her opener tomorrow. 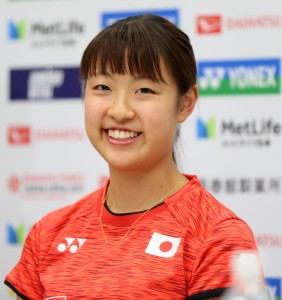 Meanwhile, despite the confidence boost of beating her Japanese counterpart in Seoul, Pusarla was duly respectful of Okuhara’s team-mate, Minatsu Mitani, whom she must first get past.

“Mitani will not be easy and she will have the home crowd supporting her. It will be tough and I have to be focused and take it step by step,” said the lanky No.4 seed.

Given the strong Women’s Singles field – with the likes of top seed Tai Tzu Ying (Chinese Taipei), Akane Yamaguchi (Japan), Sung Ji Hyun (Korea), Ratchanok Intanon (Thailand), He Bingjiao (China) and Saina Nehwal (India) hoping to have a say – the players at the press conference agreed their category has become increasingly competitive, with nobody guaranteed of winning.

Having been toppled as reigning World champion by Okuhara and lost the final of the Indian leg of the MetLife BWF World Superseries to Pusarla, Carolina Marin weighed in on the topic.

“The players in the top ten are all about the same level and everyone can win tournaments. Women’s Singles is very tough now and I have to fight hard. It’s not my best season but I will keep trying,” vowed the Olympic gold medallist. 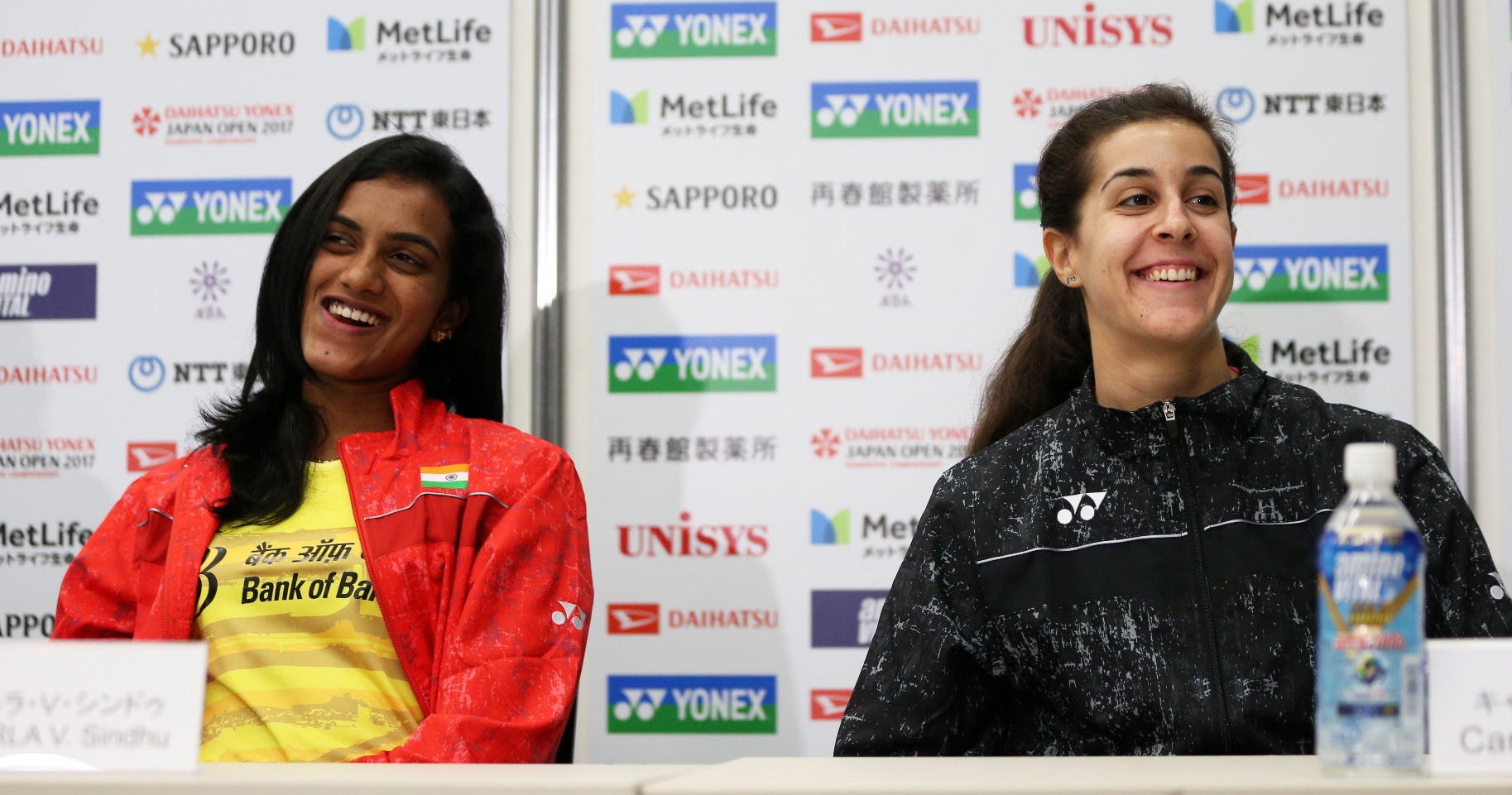 Echoing the Spaniard’s sentiments, Pusarla added: “Women’s Singles has developed a lot. The top ten to 20 players have been doing really well and anybody can win at any time so each round is tough and you need to be prepared for anything.”

Meanwhile, Men’s Singles icons Lin Dan and Lee Chong Wei agreed that Viktor Axelsen’s triumph at the World Championships augurs well for the younger generation of shuttlers seeking to emulate them. However, both signalled their intention to continue battling for glory at the highest level, including at this event where Lee is the defending champion. For his part, the 23-year-old Dane said he hopes his good form continues and that he can build on his World Championships success. 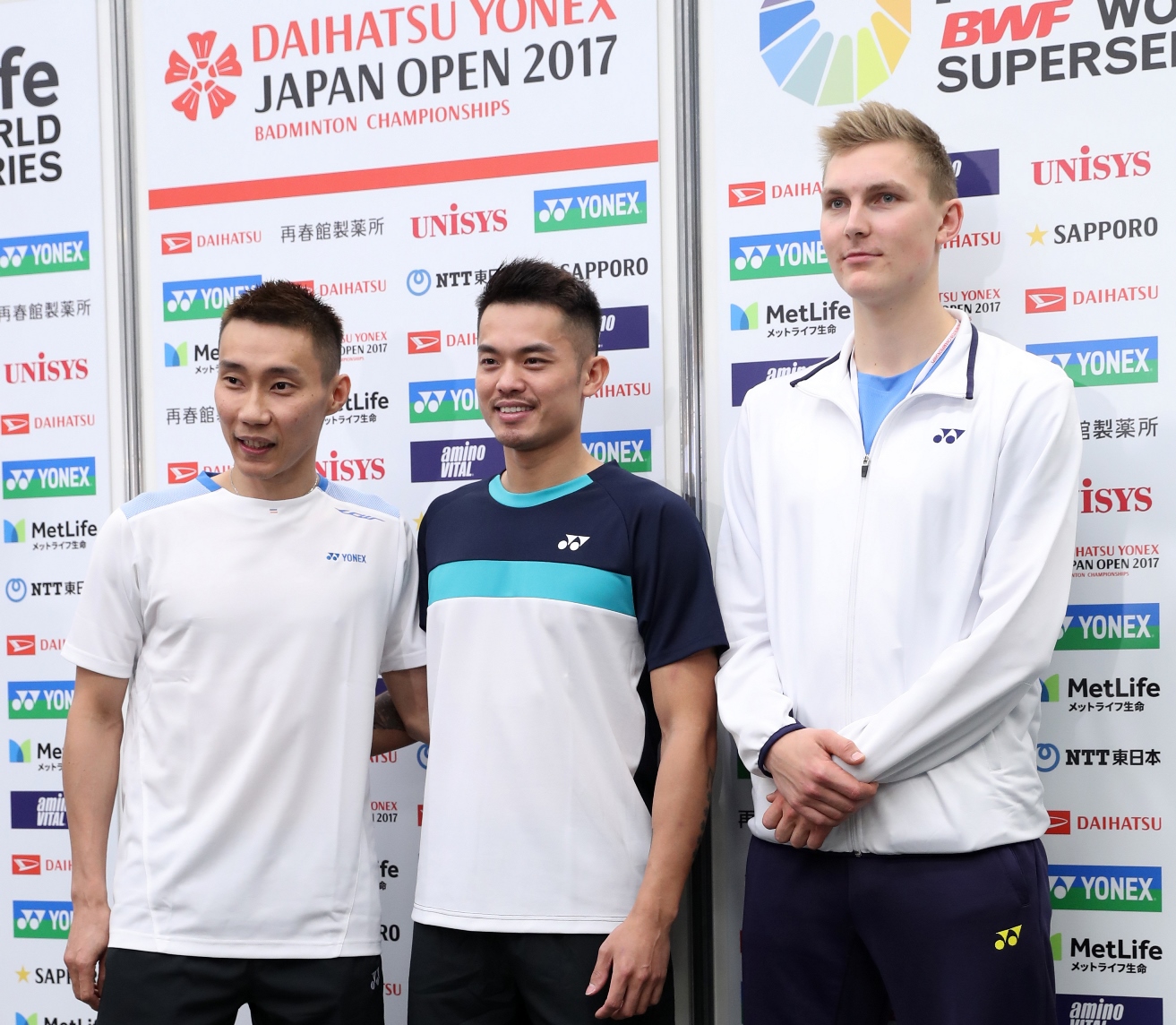 Later in the evening, fireworks began exploding on the courts of the Tokyo Metropolitan Gymnasium in Mixed Doubles first-round action as No.3 seeds, Chris and Gabby Adcock, perished in straight games. The England duo fell to Chinese Taipei’s Lee Yang and Hsu Ya Ching, 24-22 21-14. Malaysia’s main hope, Tan Kian Meng/Lai Pei Jing, also lost early. The No.7 seeds were dismissed 22-20 23-21 by Thai tandem, Bodin Isara/Savitree Amitrapai. There was no joy for Denmark either as both of its pairs – Anders Skaarup Rasmussen/Line Kjaersfeldt and Mathias Christiansen/Sara Thygesen – were knocked out in the first round. 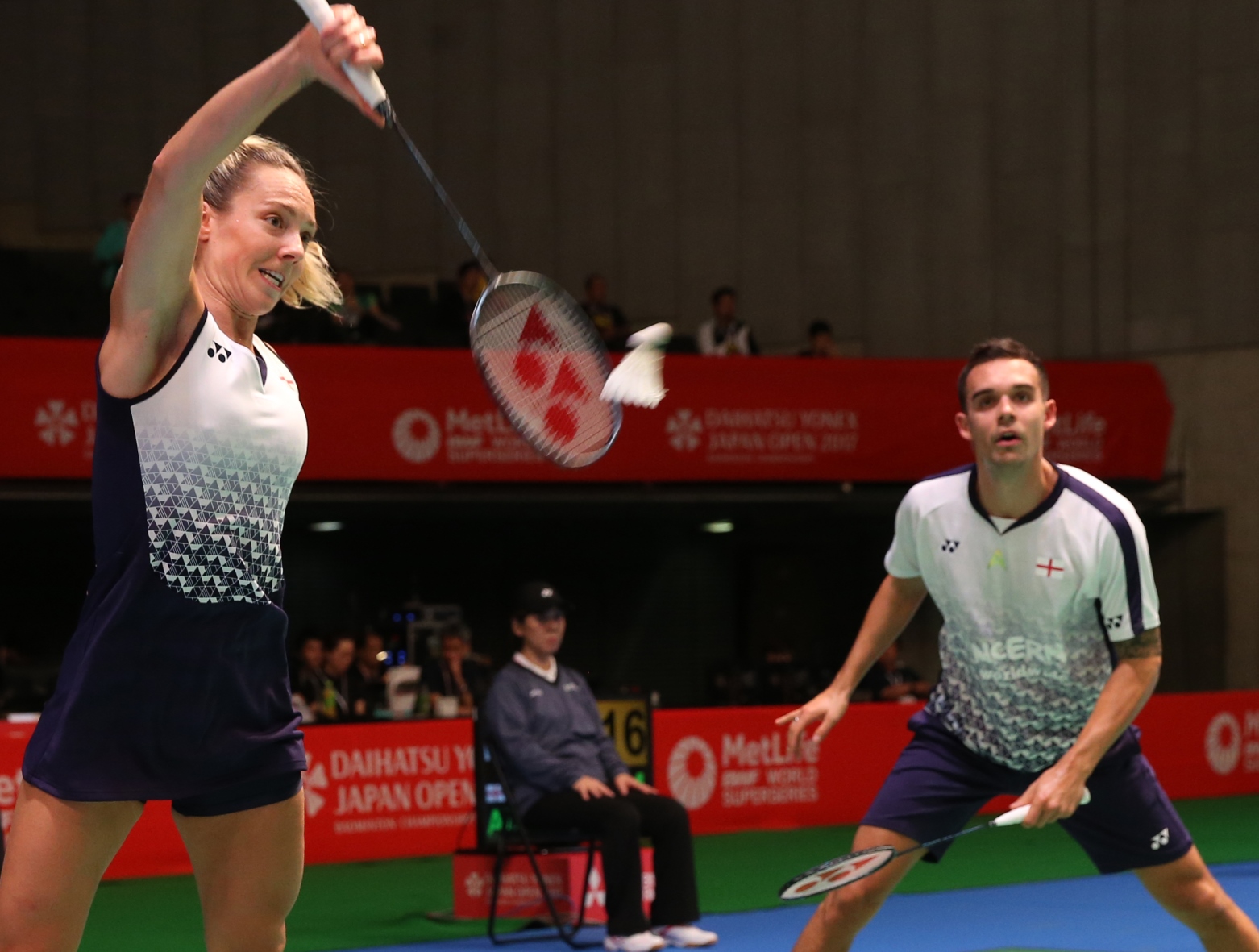 QUALIFIERS TO THE MAIN DRAW