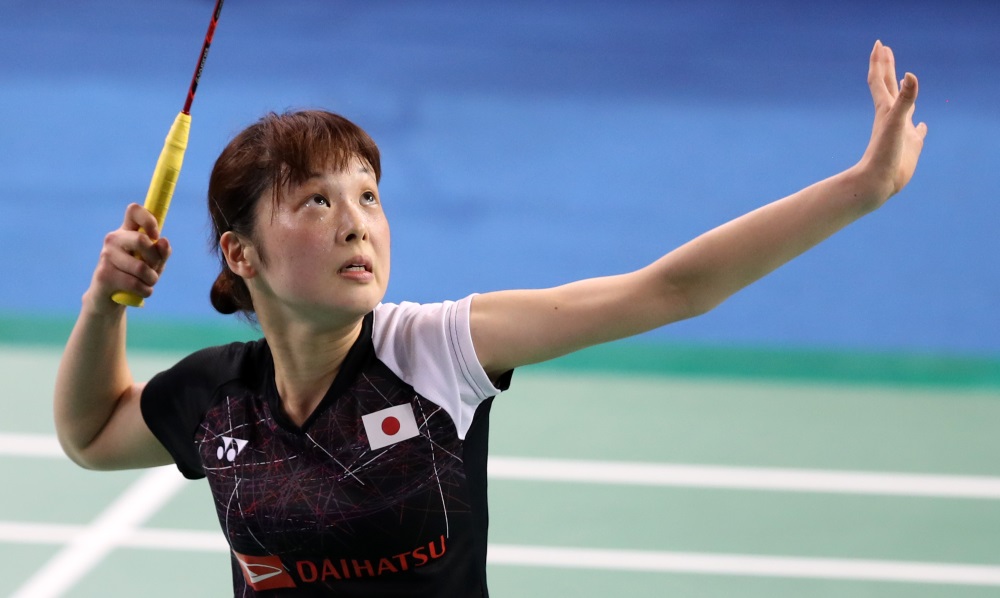 Women’s Singles top seed Tai Tzu Ying suffered her earliest defeat in nearly a year at the Victor Korea Open today, falling in the second round to Japan’s Minatsu Mitani. Not since the Yonex Open Japan in September 2016 has Tai fallen before the quarter-finals. The Chinese Taipei star, winner of three straight Superseries titles this year, wasn’t as sharp as she needed to be and Mitani exacted her price. Three missed game point opportunities in the opener would hurt Tai; Mitani was her steady self all through the match and she kept a lead all through the deciding game for a 23-21 14-21 21-18 result.

Mitani (featured image) faces India’s Pusarla V Sindhu, who made her way past Thailand’s Nitchaon Jindapol 22-20 21-17. In the same half, 2015 champion Sung Ji Hyun (Korea) will take on China’s He Bingjiao.

“We’re in our first Superseries quarter-finals – we’re very happy and we’re feeling a bit emotional,” said Lai. “We never thought we could get this, because we’ve lost to them once (Malaysian Masters 2017). I think we prepared well, I’m very happy with our teamwork on court. It feels very different when you play your teammates; we know each other’s game. It’s all about last-minute preparation and following your game plan on court. Our partnership is ten months old now and getting better. Reaching the SEA Games final gave us a lot of confidence.” Frenchman Brice Leverdez, conqueror of fourth seed Chou Tien Chen yesterday, failed to bring his ‘A’ game to court today, as he faded out 21-19 21-13 to Japanese qualifier Kenta Nishimoto.

“There were no rallies in the first game, so I could put my game in control but then I made a lot of mistakes later in the game. In the second I felt very tired, I could play any rallies. I was in good shape, but after a bad night’s sleep I couldn’t play my game. And his game is very solid. I couldn’t stay on my legs and be solid. I needed to be patient but I couldn’t. He’s very solid, he waits for a good chance to attack.”